Next Steps for Checkpoint Inhibitors in CSCC

Transcript: Axel Hauschild, MD: My friend and colleague Jean Jacques Grob, MD, PhD, from Marseille, France, presented Keynote-629 on pembrolizumab. It’s a phase II study, which initially treated patients with metastatic and locally advanced metastatic squamous cell carcinomas, but in second line. That’s an important difference to the cemiplimab study. This was the first release of the data. The response rate was 32%, which appears to be lower than our expectation, but the expectation was for first line and not for second line. In second line, it’s a rather good result, and most of the patients have either been pretreated with chemotherapy—conventional schemes, carboplatin plus X—or, they have been pretreated with cetuximab, an EGFR receptor inhibitor.

So all of these patients had received pretreatment. It was a total number of 88% of the data, which have been presented here at the European Society for Medical Oncology [ESMO] meeting. Therefore, the response rate of 32%, 33% is very good.

After the approval of cemiplimab, we need to rewrite our guidelines, and pembrolizumab is not yet approved in Europe, so we have only 1 standard of care, which is cemiplimab. There is a question behind the use of chemotherapy and cetuximab. Honestly, I believe they are best in second line. We have a clinical trial, a phase II trial, which was initially a trial of our German skin cancer group, testing avelumab, a programmed death [PD] ligand 1 antibody, plus cetuximab. So there’s also an option to treat patients in second line within clinical trials.

I presented data from our own institution with a phase II neoadjuvant trial. It was a small trial, just 20 patients, testing cemiplimab, just 2 doses prior to surgery, for patients with resectable but advanced stage cutaneous squamous cell carcinoma. And the results from that were very promising. In fact, what we’ve seen in the neoadjuvant setting, because we have pathologic results available, is that the pathologic response rates are higher than the imaging response rates.

In our trial, for example, we saw 11, or 55%, of the patients had a complete pathologic response to treatment—no residual tumor—and another 3 patients who had a major pathologic response to treatment, so less than 10% viable residual tumor, which exceeded our imaging response rates, which were only about 30%. I think that’s a very exciting window into what we’re seeing in the trials in the sense that the drugs may be working better than we can appreciate based on imaging.

Axel Hauschild, MD: The next step would be the development of cemiplimab, as well pembrolizumab, for the adjuvant setting. There are 2 clinical trials out already. They are in the initiation phase, so very few patients have been randomized right now. But there is a quick accrual, and this is in patients with high-risk cutaneous squamous cell carcinomas, particularly after the resection of lymph node or skin metastases. All of these patients must have had surgery first, followed by an adjuvant radiotherapy, which is a must in this clinical trial.

And thereafter, they are randomized to either a placebo or to cemiplimab, or pembrolizumab in the other clinical trial. These are very interesting clinical trials, and the trial is R2810-ONC-1788, that’s the number for cemiplimab. It’s very important not to mix up the various clinical trials. The other one is the KEYNOTE-630 trial on pembrolizumab. And I’m waiting very much for these results because they can open a new phase in the treatment of cutaneous squamous cell carcinomas.

Dirk Schadendorf, MD: After we have learned that cemiplimab is working in cutaneous squamous cell carcinoma, that at least 50% of the patients in first line are really benefitting, I think it’s time to extend the scope in the sense that what we have learned also in other tumors—and I think melanoma is a poster child for this—is that adjuvant treatment is working and possibly even benefitting a larger patient population because of the excellent safety profile. That’s probably the next step. But also what we have learned from other oncological entities is that combination therapy might be a next way to go, combination with other checkpoint inhibitors or modulators. But also for example, the combination with histone deacetylase [HDAC] inhibitors might be a way to go. And there are first clinical trials testing these principles. I think one has to keep in mind that this is still an elderly patient population in the 70s, 80s, so we need to have a really good risk-benefit ratio and a low toxicity profile. And I think over the next 1 to 2 years, we will learn that some of these combination approaches might increase response rates and hopefully not increase toxicity in these patients. 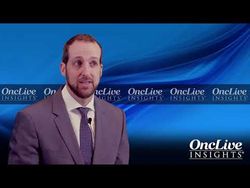 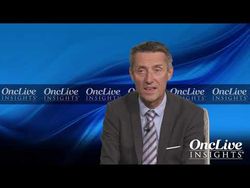 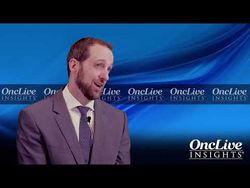