The United Kingdom’s National Institute for Health and Care Excellence has chosen not to recommend pembrolizumab as a treatment for patients with locally advanced or metastatic urothelial carcinoma who have previously received platinum-containing chemotherapy. 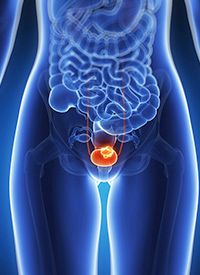 The United Kingdom’s National Institute for Health and Care Excellence (NICE) has chosen not to recommend pembrolizumab (Keytruda) as a treatment for patients with locally advanced or metastatic urothelial carcinoma who have previously received platinum-containing chemotherapy.1

The agency agreed that clinical trial evidence, some of which has been collected through the Cancer Drugs Fund, shows that pembrolizumab significantly improves overall survival (OS) compared with docetaxel and paclitaxel, which has been a standard treatment, for this patient population. However, no clinical or cost-effectiveness data are available to show the comparison between pembrolizumab and best supportive care in this population.

Additionally, it was determined that pembrolizumab meets NICE’s criteria to be considered a life-extending treatment at end of life, but that the cost-effectiveness estimates are uncertain since it’s unclear which model of OS is most appropriate, or how long pembrolizumab’s benefit will continue.

“Even when pembrolizumab is offered with its agreed discount, the most plausible cost-effectiveness estimate remains above what NICE normally considers acceptable for end-of-life treatments,” NICE stated in its appraisal consultation document.

The decision is not intended to affect treatment with pembrolizumab that was initiated in the Cancer Drugs Fund (CDF) before this guidance was published. In the CDF, pembrolizumab will continue to be funded by Merck, the developer of the PD-1 inhibitor, until patients and their National Health Service (NHS) clinician choose to discontinue therapy.

The current indication in the NHS for pembrolizumab is for the treatment of patients with locally advanced or metastatic urothelial carcinoma who have received platinum-based chemotherapy. The PD-1 inhibitor is currently indicated at a 200 mg every-3-week dose intravenously (IV), or 400 mg IV every 6 weeks until disease progression or unacceptable toxicity.

Merck currently has a commercial agreement in which pembrolizumab is made available to the NHS at a discount, and would have been applied to its current indication if it had been recommended by NICE.

Clinical evidence for the decision came from the open-label, randomized, phase III KEYNOTE-045 trial, in which patients with urothelial cancer who progressed on a platinum-containing regimen were randomized to receive pembrolizumab or investigator’s choice of paclitaxel or docetaxel.

Simultaneously, the FDA granted an accelerated approval to frontline pembrolizumab for patients with locally advanced or metastatic urothelial carcinoma who are ineligible for cisplatin-containing chemotherapy.

The second-line approval is based on earlier findings from the phase II KEYNOTE-045 study, in which pembrolizumab monotherapy led to a 27% reduction in the risk of death compared with chemotherapy in patients with advanced urothelial carcinoma whose disease progressed after prior treatment.2

In the KEYNOTE-045 trial, investigators enrolled patients with locally advanced or metastatic, unresectable urothelial carcinoma of the renal pelvis, ureter, bladder, or urethra who had progressed after 1 to 2 lines of platinum-based chemotherapy or who had experienced recurrence after 1 year of chemotherapy.

A total 542 patients were randomized to receive pembrolizumab at 200 mg IV every 3 weeks for 2 years versus chemotherapy consisting of either paclitaxel at 175 mg/m2, docetaxel at 75 mg/m2, or vinflunine at 320 mg/m2 every 3 weeks for 2 years. The median age of patients was 67 years in the pembrolizumab arm and 65 years in the chemotherapy cohort.

The treatment groups were well balanced for 4 key prognostic factors: hemoglobin level (>10 g/dL vs ≥10 g/dL); ECOG performance status (0/1 vs 2); liver metastases (yes vs no); and time from last chemotherapy dose (<3 vs ≥3 months).

The primary end points were OS and progression-free survival (PFS) in the total population, as well as among participants with a combined positive score (CPS) ≥10% for PD-L1 expression.

The incidence of pruritus was higher in the pembrolizumab arm at 19.5% versus the chemotherapy group at 2.7%. Immune-related AEs that were higher with pembrolizumab compared with chemotherapy, respectively, included thyroid abnormalities (9.4% vs 1.6%), pneumonitis (4.1% vs 0.4%), and colitis (2.3% vs 0.4%).