Niraparib in combination with bevacizumab was efficacious following 1 line of platinum-based chemotherapy among patients with newly diagnosed advanced ovarian cancer, regardless of biomarker status. 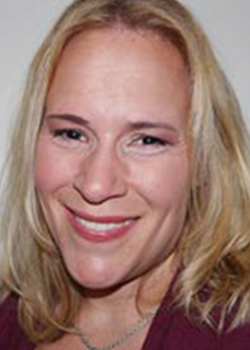 Niraparib (Zejula) in combination with bevacizumab (Avastin) was efficacious following 1 line of platinum-based chemotherapy among patients with newly diagnosed advanced ovarian cancer regardless of biomarker status, according to data from an updated analysis of the phase 2 OVARIO study (NCT03326193) presented during the 2022 SGO Annual Meeting on Women’s Cancer.

Melissa Hardesty, MD, MPH, added that combination had a safety profile consistent with the known adverse effects of each treatment as monotherapy.

“OVARIO enrolled a high-risk population,” said Hardesty, a gynecologic oncologist with Alaska Women’s Cancer Care in Anchorage. “More than half of the patients remained progression-free at 24 months. Clinical benefit [by PFS] was observed in the overall population, and across biomarker subgroups in a continuum.”

The median age of patients included in the trial was 60 (range, 37-82).Most patients had and ECOG performance status of 0 (63%), stage IIIC disease at diagnosis (68%), serous histology (95%). Investigators observed HRD positivity at a rate of 47%, and 63% of patients underwent prior treatment with neoadjuvant chemotherapy or IDS debulking surgery. A majority of patients had a CR or NED to their prior surgery or chemotherapy (58%) and 42% experienced a PR.

No new safety signals were observed with the combination; all patients experienced a treatment-related adverse event (TRAE) of any grade. Most patients (80%) had a TRAE of at least grade 3, with 77% of these determined to be related to niraparib and 51% attributed to bevacizumab. TRAEs leading to treatment interruption, dose reduction, or treatment discontinuation were reported in 88%, 74%, and 40% of patients, respectively.

Investigators also noted that treatment with niraparib plus bevacizumab resulted in no clinically meaningful impact on patient quality of life; the baseline score was 25.7 (standard deviation [SD], 3.79) with a mean change from baseline of -0.7 (SD, 0.35).

“There was no impact on quality of life as assessed by change in FOSI [Functional Assessment of Cancer Therapy-Ovarian Symptom Index] score,” Hardesty concluded.