The combination of niraparib and bevacizumab as a frontline maintenance therapy was found to have impressive clinical activity in patients with advanced ovarian cancer who had a complete or partial response to frontline platinum-based chemotherapy plus bevacizumab.

The combination of niraparib (Zejula) and bevacizumab (Avastin) as a frontline maintenance therapy was found to have impressive clinical activity in patients with advanced ovarian cancer who had a complete or partial response (PR) to frontline platinum-based chemotherapy plus bevacizumab, according to findings from the phase II OVARIO trial (NCT03326193).1

Results from the interim analysis, which were made available as part of the virtual platform for the SGO 2020 Annual Meeting, demonstrated that the 6-month progression-free survival (PFS) rate was 89.5% in patients who received the combination of the PARP inhibitor and the VEGF-directed agent.

In the single-arm study, investigators evaluated the combination of niraparib and bevacizumab in 105 patients with advanced ovarian cancer who responded to frontline platinum-based chemotherapy combined with bevacizumab. Bevacizumab was administered at 15 mg/kg every 3 weeks ≤15 months, including the time on frontline chemotherapy, and niraparib was given at 200 mg or 300 mg once daily, and was started within 12 weeks of completing frontline therapy. Treatment continued for 3 years, or until progressive disease or unacceptable toxicity. The niraparib doses were based on baseline body weight and platelet count.

To be eligible for enrollment, patients had to have newly diagnosed FIGO stage IIIb to IV ovarian cancer who had achieved a complete response (CR) or PR to first-line platinum-based chemotherapy and bevacizumab. Patients who received neoadjuvant chemotherapy and/or primary debulking surgery were also eligible.

The primary end point of the trial is 18-month PFS from the initiation of treatment. The interim analysis included 6-month PFS rates from treatment initiation after all patients had undergone 2 scans following treatment.

Regarding safety, grade ≥3 treatment-emergent AEs associated with the combination included thrombocytopenia, anemia, and hypertension. In the abstract, investigators noted that the safety profile of the combination mirrored that of the phase I/II AVANOVA trial, which also evaluated the combination of niraparib and bevacizumab in patients with platinum-sensitive epithelial ovarian cancer.

The overall response rates and disease control rates were 60% and 79% with the combination, respectively, versus 27% and 53% with single-agent niraparib.

Grade ≥3 AEs occurred in 65% of patients who received the combination compared with 45% of those on niraparib alone, the most common being anemia (15% vs 18%, respectively) and thrombocytopenia (10% vs 12%), and hypertension (21% vs 0%).3 Niraparib plus bevacizumab was associated with increased incidences of any-grade proteinuria (21% vs 0%) and hypertension (56% vs 22%) compared with niraparib alone. No treatment-related deaths were reported. 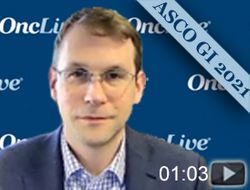 Dr. Strickler on the Rationale for the MOUNTAINEER-02 Trial in HER2+ Gastric/GEJ Cancer 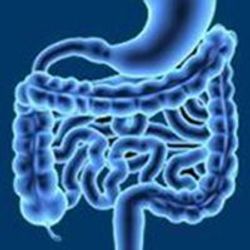 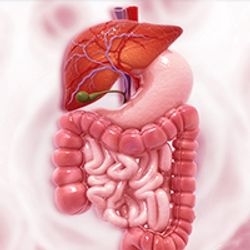