December 23, 2020 — Nivolumab in combination with temozolomide and radiation treatment failed to result in a statistically significant improvement in overall survival in patients with newly diagnosed glioblastoma multiforme with MGMT promoter methylation following surgical resection of the tumor.

Nivolumab (Opdivo) in combination with temozolomide and radiation treatment failed to result in a statistically significant improvement in overall survival (OS) in patients with newly diagnosed glioblastoma multiforme with MGMT promoter methylation following surgical resection of the tumor, according to an update from the phase 3 CheckMate-548 trial (NCT02667587).1

A routine review conducted by an independent data monitoring committee (DMC) resulted in the conclusion that based on the number of events reported thus far, the study will not meet its primary end point of OS in the overall randomized patient population, nor in patients without corticosteroid use at baseline.

No safety concerns regarding nivolumab were cited by the DMC that would necessitate study cessation.

In response to the DMC recommendations, investigators will now be unblinded to the treatment arms and patients will be informed on treatment options available to them. Additionally, those who are currently experiencing clinical benefit from nivolumab will be allowed to continue to receive the treatment per physician discretion.

“Glioblastoma is an aggressive cancer with a very poor prognosis that has seen limited new treatment options over the past 15 years,” Michael Mandola, PhD, lead of the Oncology Development Program at Bristol Myers Squibb, stated in a press release. “We are disappointed that CheckMate-548 did not meet its desired outcome despite limiting enrollment to patients with MGMT promoter methylation, which we believed may have led to improved survival.”

In the multicenter phase 3 trial, investigators sought to assess the addition of nivolumab to current standard-of-care treatment comprised of temozolomide and radiotherapy vs placebo/standard of care in patients with newly diagnosed glioblastoma multiforme with MGMT promoter methylation.

To be eligible for enrollment on the trial, patients had to be aged 18 years or older, have newly diagnosed brain cancer, a Karnofsky performance status of 70 or greater, have substantially recovered from surgical resection, and have a tumor test result indicative of MGMT methylation or indeterminate tumor subtype.2

If patients had biopsy-only glioblastoma with less than 20% of the tumor removed, had previously received treatment for their disease beyond surgical resection, had any known tumor outside of the brain, had recurrent or secondary disease, or any active known or suspected autoimmune disease, they were excluded from the research.

Investigators set out to enroll a total of 693 participants to the trial. Those in the experimental arm received nivolumab at a specified dose on specified days, with intravenous (IV) temozolomide at a dose of 75 mg/m2 during radiotherapy; this was followed by a 4-week treatment break. For cycle 1, patients received 150 mg/m2 for days 1-5; this was then increased to 200 mg/m2 for days 1-5 in cycles 2-6, if tolerated. Radiotherapy was administered at 2 Gy, 5 times per week, for the duration of 6 weeks. The same dose/schedule was given in the control arm, with placebo instead of nivolumab.

Previously, in September 2019, it was reported that the nivolumab combination failed to meet the other primary end point of PFS in this patient population; however, the DMC recommended that the trial continue as planned to allow for the OS data to mature.3

Bristol Myers Squibb shared that they plan to complete a full assessment of the data from CheckMate-548 and they will be collaborating with study investigators to present the final findings from the trial in a public format. 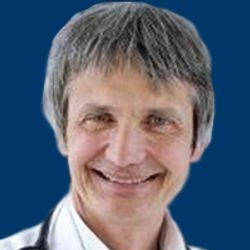 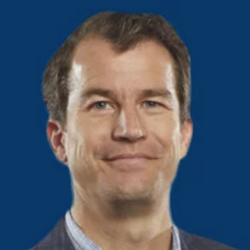