Parameswaran Hari, MD, MRCP, discusses single-agent and combination strategies that have recently been introduced to the relapsed/refractory multiple myeloma setting and the nuances to utilizing them in clinical practice.

Knowledge of prior therapies a patient has received, adequate prophylactic treatment, and consistent monitoring for unique toxicities is necessary to ensure patients are able to derive optimal benefit from novel options that have explored in relapsed/refractory myeloma therapy, according to Parameswaran Hari, MD, MRCP.

“My approach to [treating patients with] relapsed/refractory multiple myeloma centers around how aggressive [the patient’s] relapse is,” said Hari. “How many relapses has the patient had? What previous treatments were used? How did the patient respond to those treatments? In my own mind, I begin to construct a list of agents that are available that the patient hasn’t been exposed to or that they may be sensitive to.”

In an interview with OncLive® during a 2021 Institutional Perspectives in Cancer webinar on multiple myeloma, Hari, the Armand J. Quick/William F. Stapp Professor of Hematology and the chief of the Division of Hematology/Oncology within the Department of Medicine at the Medical College of Wisconsin, discussed single-agent and combination strategies that have recently been introduced to the relapsed/refractory multiple myeloma setting and the nuances to utilizing them in clinical practice.

OncLive®: How do you approach treatment selection for patients with relapsed/refractory myeloma?

In modern multiple myeloma therapy, we are in the paradigm of continuous therapy with maintenance. Many patients relapse on agents, such as lenalidomide [Revlimid]. If that is happening, we need to look for an alternative agent that the patient hasn’t been exposed to or that hasn’t been used in previous [regimens] without a considerable [treatment-free interval between regimens].

Is the combination of carfilzomib (Kyprolis), pomalidomide (Pomalyst), and dexamethasone (KPd) a good option for patients who progress on lenalidomide?

The KPd combination was studied in a phase 2 trial and showed a significant response rate compared with some of the other triplet combinations in relapsed/refractory myeloma. [KPd] has not been studied in a clear-cut randomized clinical trial, but it is clear that there are many patients who are sensitive to proteasome inhibitors [PIs]. Carfilzomib, being a second-generation PI, is in play at this point.

Patients who may be on lenalidomide maintenance or a lenalidomide-containing second-line regimen and relapse on it may still be sensitive to pomalidomide, which is the alternative immunomodulatory agent [IMiD] that is available. [KPd] is very good for patients with relapsed/refractory multiple myeloma, especially in those who have significant prior exposure to bortezomib [Velcade], monoclonal antibodies, and lenalidomide.

What activity has been demonstrated with the combination of isatuximab-irfc (Sarclisa), pomalidomide, and dexamethasone in relapsed/refractory multiple myeloma, and are there any potential safety signals that patients should be monitored for?

These were patients with a relatively small number of relapses. Typically, the more advanced patients have [received] more than 3 prior regimens. In this particular population, [the isatuximab-based regimen was comparable with] what we have seen with prior regimens, such as daratumumab [Darzalex] plus pomalidomide or lenalidomide and dexamethasone. All of the regimens [utilize] the principle of combining a monoclonal antibody with an IMiD [to induce] a very powerful, synergistic [effect].

The only toxicity signal that I would [highlight] from the study was that the combination [of isatuximab, pomalidomide, and dexamethasone] did produce neutropenia. Physicians using this regimen have to be careful about monitoring the patient’s blood counts in order to intervene appropriately with dose reductions, growth factors, and antibiotic prophylaxis and keep the patient on treatment.

What makes selinexor (Xpovio) a unique agent compared with other options in the space?

Selinexor is a relatively new drug that was FDA approved and has a unique mechanism of action. I am always excited when new drugs get approved with novel mechanisms of action.

Selinexor works by inhibiting a substance called XPO1, which is involved in the export of proteins and other chemicals from the nucleus to the cytoplasm. [XPO1] helps retain substances within the nucleus. [The environment of] multiple myeloma is relatively deficient of the p53 tumor suppressor protein in the nucleus. By blocking the export of p53, [selinexor] is thought to increase the levels of p53 in the nucleus and help cells undergo apoptosis. This can be synergistic with other agents that work alongside selinexor.

Selinexor was shown to have single-agent activity in the penta-refractory setting where patients had essentially failed to respond to all approved agents. Now, in various combinations, [selinexor] is showing efficacy. [For example], selinexor in combination with bortezomib [demonstrated activity] in the randomized BOSTON trial. Selinexor, bortezomib, and dexamethasone was associated with a significantly longer time-to-next-treatment and improved response rates compared with bortezomib and dexamethasone alone. Clearly, [selinexor] is an agent that has activity and needs to be explored in other combinations to benefit more patients.

How are you mitigating the toxicities associated with selinexor as a single agent or in combination with bortezomib?

Selinexor has significant gastrointestinal [GI] toxicity, especially if the patient is not [given proper] prophylactic treatment. We try to [give prophylactic treatment] with agents such as dexamethasone, 5-hydroxytryptamine receptor antagonists, and aprepitant [Emend]. With adequate prophylaxis, [selinexor] has been shown to be quite safe and easy for patients to [tolerate], especially if we start at a lower dose and [escalate the dose over time]. Also, if there is weight loss or GI intolerance, we would use agents such as olanzapine [Zyprexa]. Using a combination of these approaches [can allow us] to stay ahead of or control the nausea and vomiting so that a patient can stay on selinexor and benefit.

What is the mechanism of action of belantamab mafodotin-blmf (Blenrep) and what advice do you have with regard to utilizing that agent in practice?

Belantamab mafodotin is the newest approved drug [in multiple myeloma] and represents a new way of treating this disease. It is an antibody-drug conjugate where a monoclonal antibody is conjugated to a cytotoxic warhead known as MMAF. It targets BCMA on the surface of myeloma plasma cells where it is uniquely expressed. In myeloma, BCMA is almost universally expressed, so by targeting it, we have yet another way to target myeloma.

Belantamab mafodotin is given in a fairly simple schedule every 3 weeks. The dose is still effective at multiple doses; however, with a longer frequency and at a lower dose, patients can respond sometimes without added steroids.

The unique toxicity of belantamab mafodotin is corneal toxicity, so it requires considerable monitoring, especially from the combination of an optometrist or ophthalmologist alongside the oncologist. The agent has to be held if the patient develops corneal irritation or evidence or keratopathy on an ophthalmologic examination. However, the patients who respond [to belantamab mafodotin] tend to keep those responses even if the drug is held until the keratopathy resolves.

I have personally had several patients who have taken [belantamab mafodotin] and derived considerable benefit in the multi-relapse setting where no other options were available. This represents another drug that we need to explore in various combinations, dosing schedules, and dosing schemas while we keep a close eye on toxicity. 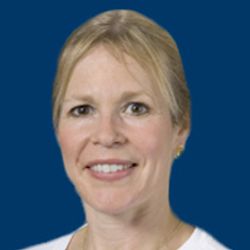 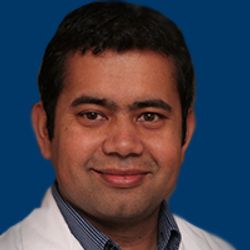 Dr. Nooka on the Utility of BCMA as a Target in Multiple Myeloma