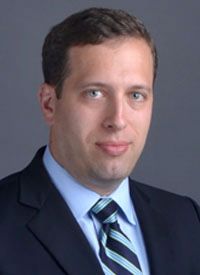 While tremendous strides have been made in acute myeloid leukemia (AML) and acute lymphoblastic leukemia (ALL), challenges remain in both paradigms, including optimal sequencing and managing toxicity profiles, explained Michael R. Grunwald, MD.

“Things are getting better both for patients with AML and those with ALL,” Grunwald said. “We're seeing progress from decade to decade, and a lot of it has been advances in supportive care and decreased toxicity of transplant. Now, we have some new agents in the mix, and I'm very hopeful that we're going to be able to offer patients therapies that are both gentler and more efficacious in the near future.”

Among the therapies available for patients with ALL, inotuzumab ozogamicin (Besponsa) is associated with hepatotoxicity, especially in patients with liver disease. Moreover, blinatumomab (Blincyto) may be linked with neurotoxicity and cytokine release syndrome.

For AML, several new therapies have been added to the treatment armamentarium that have been shown to improve survival in both the frontline and relapsed/refractory setting. As the sequence of these agents is further refined, physicians are hopeful that they will be able to deliver more effective, less toxic treatments than stem cell transplantation, said Grunwald.

In an interview during the 2018 OncLive® State of the Science SummitTM on Hematologic Malignancies, Grunwald, a physician at Levine Cancer Institute, discussed new and emerging agents in AML and ALL, as well as sequencing and toxicity challenges with these treatments.Grunwald: I presented on new therapies in acute leukemia, specifically AML and ALL. For many decades, we didn't have new therapies, especially for AML. Over the past few years, especially this past year, we've gotten some exciting new drug approvals in both AML and ALL.

First, I addressed AML and the areas of need in this patient population. There are a lot of challenges in various groups. One challenge is the relapsed/refractory population; these are the patients who either don't respond to therapy or who were in remission and later come out of remission. We have a group of patients whom we consider elderly. These are generally patients over 60 and carry a poor prognosis.

For AML, therapies that are new to our armamentarium include the FLT3 inhibitor midostaurin (Rydapt). Midostaurin has been shown to improve overall survival in combination with induction therapy if patients have a FLT3 mutation. We also discussed frontline therapies for secondary AML, including therapy-related and myelodysplastic syndrome-derived AML. CPX-351 (Vyxeos) is the liposomal 7+3 [daunorubicin and cytarabine] that has been shown to improve survival in secondary AML in patients aged 60 to 75.

I also discussed some therapies that are currently in development. Ivosidenib is an exciting therapy for patients with IDH1-mutated AML. We have venetoclax (Venclexta), which is a therapy currently approved for [patients with] chronic lymphocytic leukemia. It's used off-label to treat patients with AML and might be an option in the future for patients with AML as further trials investigate this agent both alone and in combination with hypomethylating agents.

I also discussed decitabine, which is an approved therapy used commonly for AML. It has shown efficacy specifically in the patient population with p53 mutations.

In ALL, I spoke about the challenges in that disease, which consist of older, relapsed/refractory patients and those with a Philadelphia chromosome (Ph). I also discussed some therapies that have been approved in recent years. Ponatinib (Iclusig) is efficacious in the Ph-positive population. Blinatumomab is a CD19/CD3 bispecific antibody approved in the relapsed/refractory setting and the minimal residual disease setting. Inotuzumab ozogamicin is also an agent approved for relapsed/refractory ALL that targets CD22.

How have clinicians addressed sequencing?

Finally, tisagenlecleucel (Kymriah) is the chimeric antigen receptor T-cell therapy that is approved for patients 25 and under with relapsed/refractory B-cell ALL. With all of these new approvals in the ALL arena over the past few years, patients have a lot more options in the relapsed/refractory setting than they used to have. It will be interesting to see these therapies as they're moved [into earlier settings] and eventually into frontline care for patients with ALL. The order of therapy has been a real challenge. For ALL, for example, the toxicities can determine choice of therapy a lot of the time. One concern with inotuzumab ozogamicin is hepatotoxicity. This is especially an issue in patients who already have liver disease or are worried about veno-occlusive disease of the liver. Patients who have a plan for transplant or have some adverse events on their liver from a previous transplant are at a higher risk with this agent, so it may not be the best drug for some of those patients.

Blinatumomab (Blincyto), on the other hand, has some challenges with neurotoxicity and cytokine release syndrome. The risk of neurotoxicity is higher in an older patient population. A patient with some liver disease might prompt the choice of blinatumomab over inotuzumab ozogamicin. However, inotuzumab ozogamicin might be a better option for an older patient who has an intact liver. If the patient progresses through that first therapy, then the other one might be a good consideration as the next line of treatment if we think the patient might tolerate it well. There have been some encouraging data with combinations of inotuzumab ozogamicin with mini—hyper-CVAD [cyclophosphamide, vincristine sulfate, doxorubicin hydrochloride (Adriamycin), and dexamethasone] in elderly patients with ALL. Thus far, this seems to be reasonably well tolerated in early studies. Ponatinib plus hyper-CVAD as upfront therapy for Ph+ ALL seems to be tolerated with an acceptable level of toxicity. Most of the new combinations, though not without risk, have been reasonably well tolerated in the ALL population. Are there any antibody-drug conjugates in development?

Looking to the future, what is an area of research you would like to see addressed?

For AML, there have been a couple of agents under development. I'm not aware of any for ALL, but for AML we've seen a CD33-targeted [antibody-drug conjugate]. There have been a number of companies involved in that space that are trying to develop the next generation of gemtuzumab ozogamicin. For CD123, which is another target on myeloblast, we are seeing some agents in development in that arena, as well. I would like to see more immunotherapies available in AML. There are some preliminary results on checkpoint inhibitors in AML, but we haven’t quite figured out how to use these agents in AML. Since transplant is necessary for most fit patients with AML, it would be nice to do the transplant without the transplant—meaning [it would be nice] to get the graft-versus-leukemia effect without having the toxicity of transplant. I would like to see us advance in that direction. It's been a bit slow so far in AML, but I'm hopeful that we'll be able to get there.