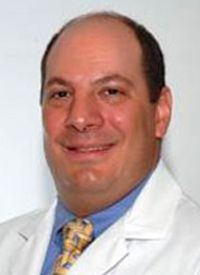 The influx of novel agents is rapidly changing the landscape of gastric cancer. Additionally, the potential to combine these drugs with immunotherapy may yield significant benefit for these patients,&#8239;according to Mike Cusnir, MD.&#8239;&#8239; &#8239;

"For a long period of time, we only had cytotoxic therapy for gastric cancer, and there was no evidence of newer agents [on the horizon]," said Cusnir. "It is exciting to see newer molecules like ramucirumab (Cyramza), tipifarnib, and regorafenib (Stivarga) coming to the light of day. Plus, even more exciting, is the immunotherapy story."

However, the phase II ReDOS study suggested that optimal utility of regorafenib may be a weekly, dose-escalation strategy beginning at 80 mg and increasing until the standard 160-mg dose, in an effort to make the drug better tolerated and have more patients reach cycle 3 of treatment. Although the strategy was explored in patients with previously treated CRC, a similar approach may be applicable in other gastrointestinal cancers, theorizes Cusnir. &#8239;

"That is my feeling," Cusnir said. "I have used regorafenib in countless patients, but I used to say, ‘I will never finish at the standard dose.’&#8239;Now with the ReDOS data, we see some patients finishing the full dose.”

OncLive:&#8239; What activity has been observed with ramucirumab in gastric cancer treatment?

Cusnir:&#8239;Ramucirumab is one of the most interesting agents [being introduced] because we had initial disappointment with bevacizumab (Avastin). Seeing an antiangiogenic agent being utilized in the first- and second-line settings in gastric cancer is exciting. It is an option.&#8239;We are also starting to see data with combination therapies that appear promising.&#8239;

The ramucirumab data are interesting [and can] be considered in different patient populations, although the agent [appears to have activity] for patients who have borderline poor performance status.&#8239;

Where could regorafenib fit best in the gastric cancer paradigm?

That is a loaded question. In gastric cancer, regorafenib is still in the early phases of development and we are not completely sure where it is going to fit in.&#8239;Regorafenib is a drug that is certainly more toxic. In CRC, the ReDOS trial has [identified] an alternative dosing regimen.&#8239;

In gastric cancer, we are still holding onto the previous arena. We are actually awaiting the more confirmatory trials to see if regorafenib is indeed going to “break the ceiling” in subsequent lines of gastric cancer.&#8239;

Could the alternative regimen that was explored in the ReDOS study be carried over to gastric cancer and used in those patients?

We are selecting for patients with better performance status—the 30% of patients who truly derive a benefit from regorafenib. We used to dream of differentiating [our treatment] for those patients.&#8239;

Perhaps the ReDOS study is weeding out the patients who are not going to define a good prognosis in the beginning. Rather than continuing to expose them to the higher dose, [the dose-escalation regimen] may allow them to benefit from the drug and get the full dose later on.&#8239;

Immunotherapy has had some highs and lows in GI cancers. What is the current state of immunotherapy in gastric cancer?

Immunotherapy appears to benefit a large proportion of patients with gastric cancer. In other gastrointestinal malignancies, immunotherapy benefited a minority of patients, which is where the disappointments were.&#8239;

In gastric cancer, a good number of patients will derive preferential benefit being mediated by PD-L1 expression or the Epstein-Barr [virus]. That includes other differential types of gastric cancer, even the diffuse types.&#8239;

Will this class of checkpoint inhibitors be explored in combination with other therapies?

Without a doubt—that is what we are seeing.&#8239;The data from lung cancer and now from triple-negative breast cancer has shown that single-agent therapy benefits a super-selective population. It is more beneficial if we are able to get more patients by breaking down the cells or exposing the antigen. We will be seeing more of that in the future.&#8239;

How would you categorize the current state of molecular testing in gastric cancer?

It is borderline. We have made strides in getting HER2 testing on a molecular level, beyond just immunohistochemistry. However, we should be making testing [more widespread].&#8239;

The problem is that the available targets we have in gastric cancer have not been [particularly] beneficial. Even in that setting, subsequent lines of HER2-targeted therapies have failed miserably. We hoped we would see more benefit where we have not.&#8239;