Amit K. Verma, MD, spotlights new agents that have entered the myelodysplastic syndrome treatment arsenal and novel combinations currently under exploration, as well as efforts that are showing promise in patients with acute myeloid leukemia.

The emergence of novel agents such as luspatercept (Reblozyl) and innovative combinations with hypomethylating agents (HMAs) have served to significantly advance the treatment of myelodysplastic syndromes (MDS) after years of stagnancy, according to Amit K. Verma, MD.

“We are seeing many exciting developments in [the treatment of patients with MDS] after a lull of many, many years. We are finally a lot of action in our field,” said Verma. “Although drugs like] luspatercept and venetoclax represent a massive advance, they’re still not curing patients. Allogeneic transplantation is still one of the only ways to [achieve] cure; however, most patients with MDS, because of comorbidities and age, are not eligible. We have a long way to go before we cure these diseases.”

In an interview with OncLive® during the 2020 Institutional Perspectives in Cancer webinar on Hematologic Malignancies, Verma, a professor of medicine at the Albert Einstein College of Medicine, spotlighted new agents that have entered the MDS treatment arsenal and novel combinations currently under exploration, as well as efforts that are showing promise in patients with acute myeloid leukemia (AML).

OncLive: What are the most significant developments that have recently been made in MDS treatment?

After a gap of 13 years, we had 2 recent approvals in MDS, and one of them is a drug called luspatercept. Luspatercept acts as a ligand trap, and in technical terms, it contains part of an activin receptor, which is attached to an immunoglobulin chain. [The agent] blocks signaling via members of the TGF-β family and prevents the activation of this molecule called Smad2. The effect of this drug is an increase in hemoglobin, and an increase in red cell numbers in patients with MDS.

The phase 3 randomized MEDALIST trial was recently completed, and [Albert Einstein College of Medicine was] one of the sites to include patients on it. Results showed that a higher number of patients with [very low- to intermediate-risk MDS with ring sideroblasts] became red blood cell transfusion independent [with luspatercept] compared with placebo, at close to 40% and 13%, respectively; this was a significant improvement.

Also, if you look at [hematologic improvement-erythroid], not just transfusion independence, [in weeks 1 through 24, HI-E responses occurred in 53% of patients who received luspatercept]. This drug has since been approved by the FDA and the [Albert Einstein College of Medicine] and other centers are now using this option in patients with MDS-associated anemia.

Another drug that received approval is an oral version of decitabine, which is a HMA. This version actually contains an inhibitor of an enzyme that cleaves decitabine if [consumed] orally, so this combination of oral [decitabine] plus [cedazuridine (Inqovi)] was approved. [Two trials] showed that the oral version was comparable to the intravenous version of the drug; [the combination has since been approved].

What ongoing trials in MDS and acute myeloid leukemia (AML) are generating the most excitement?

Some very exciting trials are ongoing right now in MDS. For example, [one trial is examining] the combination of azacitidine with a new antibody that targets CD47, [which is a] ‘don’t eat me’ signal for macrophages. When you block this, you stimulate macrophages to eat cancer cells. The data [that has been reported] in [patients with] MDS as well as AML with the combination of azacitidine and the anti-CD47 antibody magrolimab look pretty encouraging. Very high response rates [have been reported with this approach], with a very high rate of complete responses, so we are very excited. We opened the trial [at my institution] and we put some patients on it. We are eagerly looking forward to [further data with this combination].

Another interesting trial [is examining] a drug called APR-246, which is a small molecule that is supposed to work in patients with MDS and AML with TP53 mutations, which are very important mutations. [Patients who harbor this mutation have a] very bad prognosis; also, it often leads to chemotherapy resistance. [APR-246] in combination with azacitidine has been found to generate a very high response rate in early data [from a phase 2 trial] that were reported during the 2020 ASH Annual Meeting & Exposition.

Lastly, the approval of venetoclax [Venclexta] in AML has been an exciting development. The combination of venetoclax, which is a BCL-2 inhibitor, in combination with azacitidine and decitabine does produce very high response rates compared with single agents, and we are now using it a lot in patients with relapsed refractory disease.

We have optimized some very innovative regimens where we combine venetoclax and azacitidine in a rational manner with less cytotoxicity and equal efficacy, and we will be publishing those [data] very soon. The combination is an effective therapy for [patients with] MDS and AML.

What are some of the key remaining challenges still faced in this disease that should be addressed with future efforts?

We still don't have curative therapies. Many patients who start on HMAs like azacitidine and decitabine, eventually develop resistance to these therapies, and then the rates of survival are pretty dismal. We're looking at approximately 6 months of survival, which is a very bad outcome. That's a big area of unmet need. What do we do with patients who have [relapsed on] HMAs? 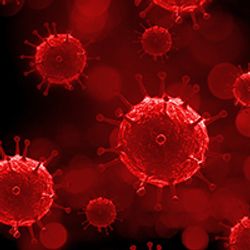