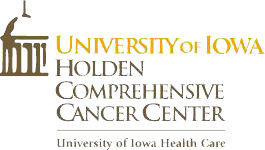 Advancements in the understanding and development of oncolytic viruses has allowed investigators to leverage the therapeutic pathway to optimize outcomes for patients who experience disease progression following anti–PD-1 therapy. Engineering viruses, such as the herpes simplex type 1 virus (HSV-1), to stimulate immune response has been an area of investigation for over a decade and have displayed efficacy with a tolerable safety profile across tumor types; however, only 1 has been granted approval in melanoma.1,2

Initially approved by the FDA in 2015, talimogene laherparepvec (T-VEC; Imlygic), became the first HSV-1–based oncolytic virus for the local treatment of unresectable cutaneous, subcutaneous, and nodal lesion in patients with melanoma recurrent after initial surgery.1 Building on the groundwork of success T-VEC as a single-agent and in combination, investigators have taken strides to genetically engineer novel oncolytic immunotherapies that synergize with existing immunotherapies to maximize antitumor response.

“[RP1] is a live herpes virus that’s been genetically engineered to GM-CSF [and] it’s a little different than the current virus that exists in our FDA pool, T-VEC,” Mohammed M. Milhem, MBBS, said in an interview with OncologyLive®. “It’s more potent, has more replication, it might cause more fusion with the cells as they bombard each other.” He explained that RP1 is designed to make GM-CSF, a beacon for white cells—T cells, B cells, macrophages—to congregate in the area and present the tumor antigens to the immune system.

“The herpes virus [in RP1] has lost its virility against the human disease, so it does not make herpes, just attacks the tumor cells,” added Milhem who is the Holden Chair of Experimental Therapeutics, associate director of the Clinical Research and Melanoma Program, director of the Holden Comprehensive Cancer Center, director of the Division of Hematology, Oncology, and Blood & Marrow Transplantation, and a clinical professor of internal medicine at the University of Iowa in Iowa City.

As oncolytic viruses preferentially replicate in tumors compared with normal tissue, the antitumor response instigated by the mechanism of action from RP1, which can help to change immunologically cold tumors to hot tumors.4,5 Specifically, with RP1, cell-to-cell fusions increased by GALV-GP-R- expression results in tumor cell death, increased immunogenicity of cell death, whereas GM-CSF expression causes the proliferation and activation of antigen presenting cells.5 These changes in the tumor microenvironment have demonstrated improved outcomes in patients with solid tumors who received RP1 as monotherapy and in combination with immune checkpoint blockade.

Investigators of the phase 2 IGNYTE trial (NCT03767348) are seeking to further understand the safety and tolerability of RP1 as well as its synergistic efficacy with nivolumab (Opdivo) in patients with advanced or metastatic nonneurological solid tumors.6

“In the field of immune therapy, when you see the drugs that work the best fail, the space becomes incredibly narrow,” Milhem said. “[The] problem right now is [a lack of treatments for] patients who [progress after] receiving an anti–PD-1 [therapies] or combination therapies of anti–CTLA-4 plus anti–PD-1. It tells us that there are other mechanisms in the immune system that require activation that we don’t yet understand or know of.”

“Our current knowledge is not enough to truly tell us what the next step is,” Milhem said, adding that in the absence of actionable mutations there are a limited number of options available for those who experience disease progression beyond available frontline treatment options. “If you did [search ClinicalTrials.gov] there are approximately 9000, maybe even more, clinical trials in immune therapy, but a lot of them still won’t give us the answer. It’s a crowded space, but it’s incredibly narrow in trying to define the next step for those patients. This is where [oncolytic viruses] have an opening as a potential treatment to improve the outcomes of patients in that particular space.”

In the open label, multicenter IGNYTE trial, investigators plan to enroll approximately 300 patients including those with melanoma who have progressed after anti–PD-1 therapy, those with nonmelanoma skin cancers, those with microsatellite instability-high or mismatch repair deficient solid tumors, and those with non–small cell lung cancer. Patients who will receive RP1 in combination with nivolumab will first receive a single dose of RP1 followed by RP1 in combination with nivolumab every 2 weeks for approximately 3 months.6,7 Treatment with nivolumab will continue every 4 weeks for up to 20 months.

RP1 is delivered intratumorally, a process that investigators hypothesize will restrict expression to the tumor and demonstrate a reduction in adverse effects (AEs). The recommended phase 2 dose of RP1 was determined to be an initial dose at 1 × 106 PFU/mL followed by subsequent doses at 1 × 107 PFU/mL.8

The delivery may appear “daunting” to some, Melhem said, noting that visceral and deep lesions present a challenge compared with superficial tumors. “I was one of the clinicians that started using antitumoral injections and it may appear to be a daunting task to [administer] the injection, but it’s [requires a] combination of 2 groups of clinicians, the oncologists and the interventional radiologists,” he said. “If you have a good interventional radiology group, you can actually target almost any lesion. [An advantage of the] trial design is that the investigators were not afraid to inject visceral lesions, they, weren’t afraid to go for deep nodes. The more common places that a lot of injectables are going into are the skin lesions and the lymph nodes, those [areas] you can see or feel, make it easier for clinicians to see and understand [the delivery].”

Milhem said that the delivery of RP1 is not unlike a biopsy. “If you’re going in [to collect a sample] for a biopsy you’ve got a needle in there, in the same way tumoral injection is inject something into the tumor and coming out,” he said, adding that there some tumors are harder to reach than others, such as lung cancers which have an increased risk of complications with the procedure.

The process of delivery is frequent, and Milhem cautioned that oncologists must be very consistent in their methodology. “Each injection is given based on the size of the tumor, and for the deeper lesions [delivery of RP1] is usually done through ultrasound or sometimes CT guided biopsies,” he said. “[What] we’ve found is that it is important to get the patient on a regular schedule. With RP1, there are 9 injections given every 2 weeks [and] once we picked the schedule, we made sure that they were scheduled out for the 9 times, [because of need to include] an interventional radiologist.”

For patients with superficial lesions, the delivery can have a bit of variability as the injections can be administered in the clinic, according to Milhem. “It’s easier to find superficial lesions [and] I tend to go for the ones that are growing the fastest or they look the biggest and then work my way down once [I see a] response in the other lesions that are around.”

Despite the multiple therapeutic options available for patients with advanced melanoma, approximately 40% to 65% are primary refractory to initial anti–PD-1 therapy, representing a high unmet clinical need.9

Based on data from a cohort of patients with cutaneous melanoma enrolled to IGNYTE, the combination of RP1 and nivolumab induced deep and durable responses according to early results. Specifically, among 16 patients, 9 demonstrated stable disease with evidence of antitumor activity with 5 patients meeting the formal criterial for response (1 complete response, and 4 partial responses).10 Additionally, investigators noted that 4 of the 5 responders had previously received both anti–PD-1 and anti–CTLA-4 therapies. The overall response rate was 31%.

Patients who did not have formal response demonstrated clinical benefit including 1 patient with ongoing stable disease with response to a reinitiation of RP1 treatment and a 28% reduction in tumor size from baseline as of data cutoff in May 2021. Further, responses were durable with 80% ongoing at 16 months.

The developer of RP1, Replimune, has adapted the IGNYTE trial design protocol to include a registration-directed single arm cohort to include 125 patients with cutaneous melanoma who have received prior treatment with anti-PD-1 therapy and have confirmed disease progression. These patients will receive the combination of RP1 and nivolumab. The primary end point is overall response rate. Following a type B meeting with the FDA, if clinically meaningful data is generated from this cohort, the company plans to submit the data for an accelerated approval of RP1 for the treatment of this patient population.10

“In general, [intertumoral injection is] not so daunting and it can be a little rewarding on the patient side, especially if they have superficial tumors” he added. “If [a patient] responds, they can see [the result] right away.”