Lutathera (lutetium Lu 177 dotatate) has demonstrated "quite striking" results with a favorable safety profile as a therapy for patients with progressive midgut neuroendocrine tumors in the first randomized phase III study to evaluate a radiolabeled somatostatin analogue in this treatment setting.

Lutathera (lutetium Lu 177 dotatate) has demonstrated “quite striking” results with a favorable safety profile as a therapy for patients with progressive midgut neuroendocrine tumors (NETs) in the first randomized phase III study to evaluate a radiolabeled somatostatin analogue in this treatment setting, according to a leading researcher.

The latest results for the NETTER-1 study, presented at the 2016 World Congress on Gastrointestinal (GI) Cancer, confirm earlier interim findings for the peptide receptor radionuclide therapy, a budding area of oncology research.1

“Based on the survival curves, we’re anticipating a median progression-free survival [PFS] in excess of 3 years,” said Jonathan R. Strosberg, MD, an associate professor at Moffitt Cancer Center, in an interview with OncLive. Strosberg presented the NETTER-1 findings at the World GI conference, which was held in Barcelona in June. Lutathera consists of the somatostatin analog octreotide connected with the beta- and gamma- emitting radiopharmaceutical 177Lutetium (177Lu). The two components are connected using the chelator DOTA.

The drug already is available in the United States under an expanded access program for patients with progressive serious or life-threatening midgut carcinoid tumors who do not have other therapeutic options, Advanced Accelerator Applications, the company developing Lutathera, announced in March. Ten European countries also have approved the drug through compassionate use programs, the company said.

In late June, the FDA granted a priority review designation for Lutathera based on the results of the NETTER-1 trial, setting in motion a decision deadline of December 28, 2016, according to Advanced Accelerator Applications.

Lutathera represents a new generation of radionuclide, a category that consists of compounds that deliver radiation to the tumor target through carriers including liposomes filled with radionuclides, radioactive ions, and radiolabeled antibodies, antibody fragments, peptides, and low molecular weight drugs.2

In oncology, radiopharmaceutical therapies utilized in this class are the radioiodine I-131 in thyroid cancer, neuroblastoma, and non-Hodgkin lymphoma (NHL); the radioisotope yttrium Y-90 in hepatic metastases and NHL; and the radioisotopes strontium-89 and samarium 152 in painful bone metastases.2The NETTER-1 study enrolled patients with inoperable, well-differentiated, somatostatin receptor—positive NETs of the small intestine or distal colon (midgut carcinoid tumors) who had progressed after standard-dose octreotide LAR (30 mg) therapy.

In all, 230 patients were randomized to Lutathera or high-dose octreotide LAR. Four doses of Lutathera were administered at 7.4 GBq every 8 weeks in combination with octreotide at 30 mg for symptom control. In the control arm, patients received octreotide LAR at 60 mg every 4 weeks. The median PFS, the primary endpoint of the study, has not yet been reached with Lutathera compared with 8 months for the control arm, Strosberg said.

“There was a substantially higher response rate with lutetium dotatate—it was 18% versus only 3% with high-dose octreotide,” said Strosberg. “There was a very strong signal suggesting an improvement in overall survival. There were nearly twice as many deaths on the control arm as on the investigational arm, translating to a 60% improvement in overall survival, although this is an interim analysis.”

In terms of safety, Strosberg said the two main concerns with the drug are the risk of renal toxicity and hematotoxicity.

In NETTER-1 trial, however, there was no evidence that Lutathera caused renal toxicity, Strosberg said. In the area of hematotoxicities, there was a 1% to 2% incidence of grade 3-4 neutropenia and thrombocytopenia. Although there was a higher incidence of grade 3-4 lymphopenia, reported at 9% in the conference abstract, these events did not lead to clinically significant effects such as opportunistic infections, Strosberg said.

Strosberg said one of the main problems investigators encountered with Lutathera was nausea and vomiting during amino acid infusions administered concurrently with the study drug to protect the kidneys. He said researchers were required under the study protocol to use a commercial formulation with 18 to 21 amino acids; by contrast, European oncologists have reduced nausea by using a modified regimen with two amino acids.

Even with a higher volume of amino acids, the nausea lasted only as long as the infusion was given, Strosberg said. Additionally, he noted that the dosing schedule of once every 2 months for four treatments helps patients maintain day-today quality of life.

“There are fears of radioactivity,” he said. “Patients taking this treatment need to keep a little bit of distance from spouses for a few days and from children, but I think most patients are willing to look beyond that and look at the data showing a very favorable risk-to-benefit profile.”

The strategy of delivering therapy with a radioactive component does have some drawbacks, said James C. Yao, MD, an associate professor of GI medical oncology at The University of Texas MD Anderson Medical Center, in an interview with OncLive.

“One limitation for peptide receptor radionuclide therapy is that, even though it works, you cannot keep repeating the treatment because you are getting trouble in terms of bone marrow toxicity, secondary malignancies, and renal issues,” said Yao. “There are also other ways of targeting the somatostatin receptor being explored.” 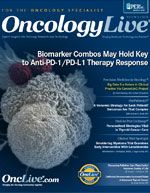