The frontline treatment of patients with multiple myeloma continues to evolve with novel, multidrug regimens that are leading to higher, deeper, and more durable responses, as well as increased rates of minimal residual disease negativity. 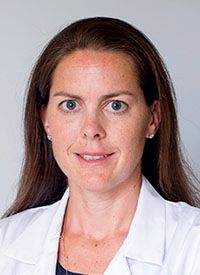 The frontline treatment of patients with multiple myeloma continues to evolve with novel, multidrug regimens that are leading to higher, deeper, and more durable responses, as well as increased rates of minimal residual disease (MRD) negativity.

One of the few constants in the treatment of patients with multiple myeloma is transplant, said Elizabeth (Betsy) O'Donnell, MD, in a presentation during the 2020 OncLive® State of the Science Summit™ on Multiple Myeloma.

While eligibility criteria for transplant have expanded to include older patients between the ages of 65 and 75 years, the same principles that have historically been used to determine a patient’s fitness apply.

Regardless of transplant eligibility, patients will undergo initial induction therapy, explained O’Donnell. In the transplant-ineligible population, the combination of lenalidomide (Revlimid) and dexamethasone (Rd) served as the frontline standard until the addition of bortezomib (Velcade) to Rd showed a progression-free survival (PFS) advantage to Rd alone in the SWOG S0777 trial.1 However, the discontinuation rate due to adverse events (AEs) in the RVd arm was more than double that of the combination arm at 23% versus 10%, respectively. Rather than return to the combination, investigators developed “RVd-lite,” which by lowering the dose intensity and frequency of RVd, made the regimen more tolerable for elderly patients, explained O’Donnell.

Several other studies have evaluated multidrug regimens in the transplant-ineligible population, including the phase III CLARION trial,2 in which patients received melphalan and prednisone plus carfilzomib (Kyprolis; KMP) or bortezomib (Velcade; VMP). Results showed that the median PFS was comparable between arms (HR, 0.906; 95% CI, 0.746-1.101; 1-sided P =.159). Although KMP conferred a slight, albeit nonstatistically significant advantage versus VMP in overall response rate and complete response (CR), more all-grade AEs were reported with carfilzomib.

Newer agents, such as daratumumab (Darzalex), are leading to continuous improvements, said O’Donnell. In the phase III ALCYONE trial,3 investigators evaluated the addition of daratumumab to VMP in transplant-ineligible patients. The ORR, at a median follow-up of 16.5 months and 40.1 months, was 91% in the D-VMP arm versus 75% in the VMP arm, respectively. Additionally, patients in the D-VMP arm were more likely to achieve MRD negativity and sustain that response, for ≥12 months, versus those in the VMP arm.

Additionally, the addition of daratumumab led to more of an improvement in quality of life (QoL) versus Rd5, particularly in patients ≥75 years of age, said O’Donnell. This compares favorably with data from the IFM 2009 trial and ALCYONE trials, which showed marginal improvements in QoL.

“We saw an improvement in QoL, despite the fact that the visit burden may be more significant with DRd,” said O’Donnell.

At a median follow-up of 26 months, the very good partial response rate or better (≥VGPR) with KRd was 73% versus 57% with KCd.

PFS favored the daratumumab regimen compared with VTD alone (HR, 0.47; 95% CI, 0.33-0.67; P <.0001). Additionally, the 18-month PFS rate was 93% in the D-VTd arm versus 85% in the VTd arm, and PFS favored patients who were MRD negative in the D-VTd and VTd arms, added O’Donnell. Notably, the PFS curves were superimposable among patients who achieved a CR with D-VTd and VTd, suggesting that MRD is not the sole determinant of outcomes.

One of the most exciting studies to emerge over the past year was the phase II GRIFFIN trial,8 said O’Donnell. The study evaluated the addition of daratumumab to RVd in transplant-eligible patients. Following consolidation, 42.4% of patients in the D-RVd arm achieved a sCR versus 32.0% in the RVd arm, meeting the study’s primary endpoint (odds ratio, 1.57; 95% CI, 0.87-2.82; 1-sided P =.068). Response rates and the depth of response favored the triplet following induction, transplant, consolidation, and clinical cutoff, said O’Donnell, translating to higher rates of MRD negativity in the D-RVd arm following consolidation.

Notably, the addition of daratumumab did not affect the ability to collect stem cells prior to transplant, said O’Donnell. In the ongoing phase III PERSEUS trial (NCT03710603), investigators are evaluating the same regimens with subcutaneous daratumumab.

While RVd remains a standard of care, KRd has very deep responses with high rates of MRD negativity, said O’Donnell. This may change pending the results of the phase III E1A11 Endurance trial (NCT01863550), which is comparing RVd with KRd, as well as further follow-up from the FORTE trial, which may show a reduced need for transplant.

“Four-drug combinations with daratumumab are very promising, but there are a lot of unanswered questions about what happens beyond that when you’ve used all 4 major classes of drugs in the upfront setting,” said O’Donnell.

While MRD is being used as a surrogate marker for efficacy in clinical trials, it may soon have therapeutic implications as well, said O’Donnell, citing the MASTER trial (NCT03224507), in which the duration of therapy will be guided by MRD negativity.