Novel Therapies in the Pipeline in Mantle Cell Lymphoma

EP: 13.Novel Therapies in the Pipeline in Mantle Cell Lymphoma

John P. Leonard, MD: We referenced MRD [minimal residual disease] earlier, and we’re going to come back to that because it’s an important issue. But first I want to talk about all these new agents that are being studied, and these are not necessarily mantle cell specific. We have combinations with CAR [chimeric antigen receptor] T-cell therapy. We have bispecific antibodies—for lymphoma the theme at ASH [American Society of Hematology Annual Meeting] was how much is going on in bispecific antibodies; there’s a lot there. We have a new antibody targeting ROR1. Krish, give us your sense of the key things people should keep an eye out for in the future and what seems promising to you among the different agents in development.

Krish Patel, MD: We talked about the current iteration of CAR T cells that’s available in brexucabtagene, and then we saw from other trials of other CAR T cells that there may be differences in terms of the patient population we can treat, based on toxicities and setting of treatment. That would be very important to follow and exciting to have different tools there.

In terms of novel mechanisms, as you mentioned, Dr Leonard, the bispecific antibodies are very exciting. We talked about some of the challenges of delivering an autologous CAR T cell. You’ve got to leukapherese the patient. You’ve got to make sure their disease is under control while you’re waiting for the CAR T cells. One of the big appeals of bispecific antibodies is that we can use that T-cell–mediated antitumor effect but in an off-the-shelf manner. These are drugs that can really be pulled off the shelf and delivered to the patient right away. In some ways I would say it’s like CAR T cell in a bottle. Exactly the same—they have similar toxicities, albeit perhaps less severe.

Novel targets are of course an important area too—we start going through the sequence of patients having had BTK [Bruton tyrosine kinase] inhibitors, having had CAR T-cell therapy. We know that there are going to be patients who need more therapies. ROR1 is a cell-surface protein that’s present on a number of malignancies, including B-cell malignancies. Dr Michael Wang presented the antibody-drug conjugate VLS-101. That’s a drug that the monoclonal antibody targets ROR1 and delivers an MMAE [monomethyl auristatin E] payload, so it’s similar to brentuximab vedotin with a toxicity profile that looks quite similar. In the data he presented, albeit in a small number of patients, there was a response rate of about 50% in patients who were post BTK inhibitor, so patients with relatively heavily pretreated mantle cell lymphoma and also activity in large cell lymphoma.

John P. Leonard, MD: Andy, which of these agents are you most excited about?

Andrew D. Zelenetz, MD, PhD: The bispecifics really have a lot of promise. The problem is developing drugs in mantle cell lymphoma. It’s a huge challenge. It’s a relatively rare disease. We have about 4000 cases a year in the United States. People are getting pretty good responses after first-line therapy. We don’t have a lot of bispecifics. I mean, we have 4 trials of bispecifics for large cell lymphoma, but we have 0 for mantle cell lymphoma. You can throw mantle cell lymphoma in a couple of the phase 1 portions of some of the dose escalations, but there are no planned expansion cohorts in mantle cell lymphoma. We’re a little bit of a victim of our own success. We’ve had improvements. We’ve improved outcomes. The number of patients to treat are few, and they’re terrible patients. Those terrible patients need treatments, and they need active treatments. We just need to be able to persuade the sponsors to let us do these trials. But with the bispecifics, because we can then manipulate it with other factors and suppress T-cell exhaustion, there are some tricks we can play that would basically recapitulate CAR T cells without all the fuss.

John P. Leonard, MD: Tycel, your thoughts on some of the newer agents that we just referenced? Bispecifics, VLS-101, new CAR T—where do you think they’re going?

Tycel Jovelle Phillips, MD: I haven’t had much experience with the VLS-101, but the data look very compelling. I do agree with Dr Zelenetz about the CAR Ts. The newer ones do appear to have a better toxicity profile, to some degree. As time moves on, those will also play a big part in what we do. With the bispecifics, there are a lot. Obviously, there’s mosunetuzumab, the Genmab molecule, the Regeneron molecule, the Xencor molecule. So there are a lot of bispecifics. I think most of them will start expanding in mantle cell lymphoma because some of the preliminary data looked very interesting.

John P. Leonard, MD: Yeah, I agree. Particularly in mantle cell, where it’s an older patient population, we alluded to earlier, we all cited a few patients that could be eligible but few that actually have received CAR T before. If we have alternatives that are close, even if they’re no cigar, if they’re close enough and less toxic, it does seem as if this is 1 setting in which it’s not necessarily quite as compelling to go to the CAR T if you have 1 of these alternatives. 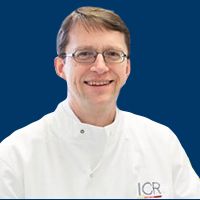