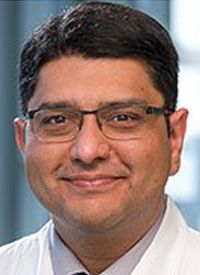 BTK inhibitors are transforming the treatment landscapes of chronic lymphocytic leukemia (CLL) and mantle cell lymphoma (MCL), where acalabrutinib (Calquence) and zanubrutinib (Brukinsa) are challenging the survival benefits seen with ibrutinib (Imbruvica), without added toxicities, according to Farrukh Awan, MD. Additionally, CAR T-cell therapy has emerged as a therapeutic option for patients with MCL who have progressed on treatments such as prior BTK inhibitors and BCL-2 inhibitors.

“The MCL world has benefitted from the advent of targeted therapies, better tolerated therapies, and, most importantly and recently, CAR T-cell therapy,” Awan said in an interview with OncLive® following a State of the Science Summit™ on leukemia and lymphoma, which he chaired.

In the interview, Awan, a professor in the Department of Internal Medicine and a member of the Division of Hematology and Oncology at UT Southwestern Medical Center in Dallas, Texas, shared pertinent points from the presentations he gave at the meeting. Specifically, he discussed new agents under investigation in CLL and MCL and emphasized the importance of weighing each drug’s risks and benefits against individual patient needs and preferences to make informed decisions for each patient.

OncLive®: What novel agents have arisen for the management of CLL, and how do their efficacy and safety compare with one another?

Awan: The CLL arena has changed significantly. Many new agents have come about, and we now have good options for our patients. The issue at this point is which agent to use, whether we should go with a BTK inhibitor or a BCL-2 inhibitor.

We also want to know what the optimum time of treatment is. That was essentially the core of my presentation, to try to identify the best strategy for treating our patients in the first-line setting, because that would dictate how we treat them when the disease comes back.

Over the past 10 years or so, [we have discovered] that the role of chemotherapy for the management of patients with CLL is limited to none. We’ve also found out that BTK inhibitors are the drug of choice for most patients who need treatment. BCL-2 inhibitor–based options such as venetoclax [Venetoclax] are also promising and effective and can be used as time-limited options in our patients.

Now, which one to select? We don’t have any head-to-head comparative studies between the 3 BTK inhibitors right now, in the frontline setting. We do have [comparative studies] in the relapsed setting and in patients with high-risk disease. But in the frontline setting, we don’t have any way to compare the 3 agents ibrutinib, acalabrutinib, and zanubrutinib.

What we’ve tried to do is look at the data between outcomes from 1 study, similar outcomes from another study with another agent, and a similar patient cohort [from a study with the third agent]. In a cross-trial comparison, you can get a feel for where the field is heading.

We generally see that in terms of efficacy, those 3 agents are closely matched, and there isn’t much difference in terms of how effective they are. Combining obinutuzumab [Gazyva] with acalabrutinib is 1 option that might provide patients with the longest remission or progression-free survival [PFS].

Other than that, [the data are] fairly comparable. The 4-year and 5-year PFS data seem to be consistent between the 2 BTK inhibitors that we have available right now, [as well as] zanubrutinib, which is expected to be approved in the near future.

What considerations go into choosing optimal treatments based on these available options?

The question now becomes: How do we select from these 3 agents? If the efficacy is similar, then you have to look at toxicity. That’s where it becomes challenging without head-to-head comparative studies because although all the trials report that these drugs are fairly well tolerated, there might be a slightly lower risk of toxicity with the newer agents compared with the older agent ibrutinib.

Acalabrutinib appears to be less toxic than ibrutinib. If we extrapolate data from the relapsed setting and apply those to the frontline setting, we can make some argument that the newer agents have lesser cardiotoxicity. They also [provide] a lower risk of hypertension. Bleeding risks appear to be similar, but generally the atrial fibrillation and ventricular arrhythmias are highest with ibrutinib, and then they progressively decline [with the other agents].

We need more long-term follow-up and real-world data to summarize and distinguish between 1 or the other. However, at this point, if we must select 1 or 2 agents, acalabrutinib or zanubrutinib might be those 2 agents.

What about time-limited options? What about using venetoclax-based treatments, so the patients can stop [treatment] after 12 months, for example, and then not need treatment for an extended period? In that setting, it’s perfectly reasonable.

I would argue that in giving patients a drug holiday, [it’s reasonable for them to] take the drug for a year, get 4 years [of benefit] out of it, take it again for another year or 2 years, and get another 4 years out of it. That approach, the sequential approach, can be done. On the other hand, you can also [put patients on] 1 drug and get the same outcome. Those are the big debates right now. Some patients prefer the on/off option, and some prefer the [continuous] option.

When we talk to patients, there isn’t much argument, as long as the drugs are well tolerated. Most patients do not have an issue with taking a pill forever, as long as the adverse effects [AEs] are manageable. The newer agents, which are better tolerated and don’t have the same issues we saw with ibrutinib, might be easier for patients to stick with for a long time.

We also have some data from ibrutinib in terms of long-term outcomes showing that people who continue to be on ibrutinib and tolerate it well tend to have good outcomes. At this point, it’s a good scenario for our patients that they have multiple fairly similar options for treatment, in terms of AE profile, time profile, and efficacy. These are good problems to have for our patients.

What are your thoughts on the use of BTK inhibitors in MCL?

We have seen promising data with the use of BTK inhibitors early on with ibrutinib, and now with acalabrutinib and zanubrutinib. Is there a clear winner? It’s early to say, but I don’t feel that we will ever have a randomized trial in this setting.

However, we do have exciting efficacy data. Similarly to CLL, we also have some preliminary toxicity data from the use of ibrutinib vs acalabrutinib vs zanubrutinib. I feel that has helped our patients because now they have multiple options. If 1 of them is not as well tolerated as the other, we can always switch from 1 drug to the other or prefer to use 1 drug over the other.

Ibrutinib tends to be used at a higher dose in MCL, and that’s why the incidence of AEs [with ibrutinib] might be worse in MCL compared with in CLL, in which a lower dose is used. In terms of efficacy, zanubrutinib might be slightly better. Although it’s early to say, we do see a high response rate, and PFS in the 18- to 36-month range.

Importantly, we have some data from the combination of a BTK inhibitor with chemotherapy. That was recently published and presented as the [phase 3] SHINE study [NCT01776840], which essentially showed that the addition of ibrutinib prolongs PFS over bendamustine and rituximab [Rituxan; BR] alone. That was not a surprise.

Unfortunately, the amount of benefit that a patient gets from the addition of ibrutinib is essentially the same that they would have gotten with ibrutinib in the second-line setting. Instead of putting patients on [the drug for] 4 years to get 2 years of benefit, you can always stop after 6 months of BR, wait for them to relapse, and then progress to ibrutinib or BTK inhibitors in the second-line setting, and they’ll probably get the same benefit.

Most of us [would not prescribe] that study regimen, because we also feel that we need to have effective treatments in the relapsed setting. That treatment is not necessarily curative. The BR plus ibrutinib study would not, in my opinion, be the way to go. It will just add to the amount of time a patient is on ibrutinib, and that would cause more toxicity.

In terms of what else has happened [in MCL], like we’ve discussed in the CLL field, we do have the newer data from acalabrutinib and zanubrutinib, which are looking increasingly promising.

Relative to the success of BTK inhibitors in MCL, what does the future look like for autologous stem cell transplant (ASCT) and CAR T-cell therapy in this population?

Most importantly, there are 2 big questions in the mantle cell field right now. One of them is regarding the use of stem cell transplant and when we use it. Do we use it at the first remission? Do we use it beyond that? The jury’s still out on that.

Some studies argue that transplant doesn’t necessarily improve outcomes and is not curative, and other studies have shown long-term remissions and disease control with the use of high-dose therapy. Regardless, ASCT still remains an option for many patients with relapsed MCL. [The decision to use it must] be based, however, on the molecular risk profiling. For example, patients with 17p deletions or TP53 mutations are unlikely to benefit from ASCT, and I would probably stay away from that [in those patients].

[The second big question in MCL is regarding] the most important advancement that’s happened recently in MCL, [which is] the use of CAR T-cell therapy. We have 1 approved product that has resulted in significant, dramatic responses, even in patients who have failed BTK inhibitors and possibly BCL-2 inhibitors, lenalidomide [Revlimid], and other drugs that are used for MCL. We are seeing deep, sustained remissions [with CAR T-cell therapy].

The point is that CAR T cells are working where historically we have had limited options for our patients. It’s a promising option, it can result in a functional cure, and may eventually cure a subset of patients, maybe 60% to 70% of patients, which would probably be the biggest advance in the field.