Novel Therapies Shake Up the Spectrum of Breast Cancer Treatment

Zahi Mitri, MD, MS, discusses recent advancements made across the breast cancer paradigm and spotlighted key data that led to the integration of novel agents into the armamentariums. 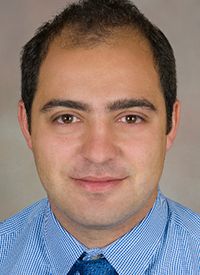 Across the spectrum of breast cancer, novel therapies are improving outcomes for patients while reducing the amount of chemotherapy required, said Zahi Mitri, MD, MS.

“We have new and exciting drugs across the spectrum of breast cancer,” said Mitri, an assistant professor of medicine at the Oregon Health & Science University (OHSU) School of Medicine and a medical oncologist at OHSU Knight Cancer Institute, in an interview with OncLive® during an Institutional Perspectives in Cancer (IPC) webinar on breast cancer.

“HER2-positive breast cancer has a lot of exciting new agents with the antibody-drug conjugates [ADCs] and TKIs. Immunotherapy is making its way into triple-negative breast cancer [TNBC]. We are seeing continued benefit of the CDK4/6 inhibitors in metastatic estrogen receptor [ER]–positive breast cancer. PARP inhibitors are becoming more and more at the forefront of therapy for BRCA-associated breast cancer. Overall, it is a very exciting time with a lot of new drugs coming on board, a lot of which will improve outcomes for our patients without requiring more chemotherapy,” Mitri said.

In the interview, Mitri, who chaired the event, discussed recent advancements made across the breast cancer paradigm and spotlighted key data that led to the integration of novel agents into the armamentariums.

OncLive®: How do you foresee novel therapies being integrated into the treatment paradigm for patients with HER2-positive breast cancer?

Mitri: We have effective novel therapies for HER2-positive breast cancer. There is always concern when new drugs come on the market [regarding] our familiarity with them and how to use them. The potential adverse effects [AEs] of these medications are vastly outweighed by their benefit. We are seeing good and durable responses, especially with tucatinib [Tukysa] and [fam-]trastuzumab deruxtecan[-nxki (Enhertu)]. I would encourage physicians to feel more comfortable using them. [We should aim] to include them earlier on in therapy because of the massive improvement we saw compared with chemotherapy plus trastuzumab [Herceptin] or other regimens that are available.

Despite these advances, what developments are needed in metastatic and early-stage HER2-positive breast cancer treatment?

Even though we have exciting developments in the world of HER2-positive breast cancer with drugs such as tucatinib and trastuzumab deruxtecan pushing the envelope in metastatic disease, patients still progress on [these agents]. Therefore, we still have the unmet need of figuring out how to treat patients who progress on these agents because we have very little information [to that end] in the metastatic setting.

In early-stage breast cancer, we talked about the FeDeriCa [NCT03493854] and PHranceSCa [NCT03674112] trials [during the IPC meeting]. Those [studies] provided an easier way of administering very effective therapies. However, at the same time in that setting, we know that patients [develop] resistance to treatment. We have switched to using [ado-]trastuzumab emtansine [T-DM1; Kadcyla] for residual disease, but there is still room to improve there to figure out how to reduce the risk of recurrence of HER2-positive breast cancer.

During the IPC meeting, Apurva K. Pandey, MD, of OHSU, discussed updates in HR-positive, HER2-negative breast cancer. Which trials have carried the most clinical implications in this setting and why?

Even though they are not [FDA] approved yet [in this setting], we are all very excited to see where the CDK4/6 inhibitors will fit in the landscape of early-stage HR-positive breast cancer. At the initial analysis, the monarchE trial [NCT03155997] showed that there is a potential benefit of adding the CDK4/6 inhibitor abemaciclib [Verzenio] to endocrine therapy to reduce the risk of recurrence in what we consider to be high-risk ER-positive breast cancer. That is one trial, that after the recent results from the other trials not showing significant benefit, we are all excited to see what the follow-up is and whether [abemaciclib] will become a standard of care for early-stage, high-risk HR-positive breast cancer.

Evthokia Hobbs, MD, of OHSU, highlighted advances in TNBC, including the phase 3 ASCENT trial (NCT02574455). What are your thoughts on the integration of sacituzumab govitecan-hziy (Trodelvy) as a treatment option for patients with metastatic TNBC?

Sacituzumab govitecan is the first ADC to get approved in TNBC. We saw good responses in the heavily pretreated population, and some patients were able to stay on [treatment] for over 6 months. It is an exciting agent for metastatic TNBC, where the only [option] we have had historically in those lines of therapy is traditional chemotherapy.

There is a lot of interest in [the field] to figure out how to move this agent into earlier lines of therapy, as well as in combination therapies with DNA damage agents or immunotherapy as we get more experience with mitigating AEs.

The EMBRACA and OlympiA trials provided the rationale that PARP inhibitors are the most active agents in metastatic BRCA-associated breast cancer. I realize that a lot of patients on the trials received prior chemotherapy, but we could tell that patients who had prior platinum-based agents had lower response rates and potentially less benefit.

We can [conclude] from these trials that talazoparib [Talzenna] and olaparib [Lynparza] are extremely active agents in this patient population and they induce a higher response rate, meaning they can shrink tumors and lead to improvement in symptoms for patients. This translated into an improvement in quality of life compared with chemotherapy.

These agents in my mind should be used as soon as possible in the setting of metastatic BRCA-associated breast cancer as they have been shown to be superior to chemotherapy in that setting.

PARP inhibitors are starting to show evidence of efficacy in early-stage BRCA-associated breast cancer. The large OlympiA trial that was presented at the 2021 ASCO Annual Meeting showed that for early-stage BRCA-associated breast cancer, the addition of olaparib to standard-of-care therapy reduced the risk of disease recurrence. This approach is not approved yet, but we are all hopeful that this soon becomes an option for our patients.

The other areas where PARP inhibitors have been looked at are in studies such as the NEOTALA trial [NCT03499353], which showed that preoperative therapy with a PARP inhibitor could achieve [comparable] pathologic complete response rates to chemotherapy in breast cancer. It is exciting to see these agents move to early-stage breast cancer and potentially decrease the need for chemotherapy in that population.

The combinations of PARP inhibitors and immunotherapy have been reported in a couple of studies so far. One is the MEDIOLA trial [NCT02734004], which looked at the combination of olaparib plus immunotherapy for BRCA-associated metastatic breast cancer. There were a lot of durable responses with that combination in the MEDIOLA trial. We saw that the benefit does seem to be when [this combination] is used earlier in the treatment plan for patients, which is exciting. At our practice, we have seen some good responses as well.

The other study that has shown some benefit is the TOPACIO trial [NCT02657889], which combined the PARP inhibitor niraparib [Zejula] with pembrolizumab [Keytruda]. In that setting, even though the response rates were higher in BRCA-associated breast cancers, that combination also showed some benefit in the BRCA wild-type metastatic TNBC population, which is a huge advancement we’re looking at in our clinical trials at [OHSU].