Treatment with the combination of the CD20 inhibitor obinutuzumab and the BCL-2 inhibitor venetoclax was tolerable and demonstrated promising signs of efficacy for elderly patients with previously untreated chronic lymphocytic leukemia and comorbidities.

Treatment with the combination of the CD20 inhibitor obinutuzumab (Gazyva) and the BCL-2 inhibitor venetoclax was tolerable and demonstrated promising signs of efficacy for elderly patients with previously untreated chronic lymphocytic leukemia (CLL) and comorbidities, according to preliminary data from the CLL14 trial.1

After 3 cycles of treatment with venetoclax and obinutuzumab, the overall response rate (ORR) was 92%. After 6 cycles of treatment with the combination, the ORR rose to 100%. Based on a recommendation from an Independent Data Monitoring Committee review, the randomized portion of the trial was opened in August 2015 and has already enrolled 120 patients.

In the phase III CLL14 trial, a safety run-in phase was performed to assess the tolerability of obinutuzumab and venetoclax. In this stage of the trial, 13 previously untreated patients with confirmed CLL and coexisting medical conditions were enrolled and received 6 cycles of obinutuzumab and venetoclax followed by venetoclax alone for 6 cycles. The median age of patients was 75 years, with 62% of patients being classified as Binet stage C.

The study defined stopping criteria for the 13 patients as one treatment-related death or a grade 4 adverse event related to a clinical tumor lysis syndrome (TLS). Risk assessment for TLS was performed before treatment in order to direct prophylactic measures. Six patients were assessed as medium risk for TLS and 7 patients as high risk.

“At the time of data cutoff, 12 of 13 patients have been on treatment for at least 4 weeks and completed the venetoclax dose ramp up,” said Fischer, who added the median time on treatment with venetoclax was 64.5 days. “None of the protocol defined stopping criteria for the safety run-in phase of the study were met,” she explained.

Several patients experienced serious grade 3 or 4 adverse events, with neutropenia being the most common (38.5%). Although no clinical TLS was reported, 2 patients developed laboratory TLS. Neither event, however, resulted in treatment delays or dose modification, said Fischer.

Outside of the combination trial, obinutuzumab and venetoclax continue to be assessed across a number of settings for patients with hematologic malignancies. In December 2014, the FDA updated the label for obinutuzumab in the frontline setting for patients with CLL, based on findings from the phase III CLL11 study.

“These updated CLL11 data confirmed that Gazyva helped people with previously untreated chronic lymphocytic leukemia live significantly longer without disease worsening or death compared to Rituxan,” Sandra Horning, MD, chief medical officer and head of Global Product Development at Genentech, the company developing the drug, said in a statement. “After a fixed course of therapy with Gazyva, people remained treatment-free for nearly four years on average. Time free from treatment is an important consideration for a disease like CLL, which occurs in older adults who frequently have other health issues.”

In addition to obinutuzumab, other studies continue to assess venetoclax for patients with CLL. In a pivotal phase II study,3 venetoclax demonstrated an ORR of 79.4% in patients with relapsed CLL harboring the chromosome 17p deletion. Overall, 7.5% of patients had a complete response (CR) or a CR with incomplete marrow recovery. After 1-year of follow-up, 84.7% of patients continued to respond to therapy. The PFS rate was 72% and the overall survival rate was 86.7%.

“The high response rates, including complete responses and duration of response, demonstrate the potential of venetoclax to help people with this hard-to-treat type of leukemia,” said Horning.

Data from this study has been submitted to the FDA by the drug’s developer AbbVie. This application was submitted under a breakthrough therapy designation received by venetoclax in May 2015 for patients with del17p CLL. Other regulatory filings are anticipated for venetoclax in 2016.

“This is a patient population that has very few treatment options, and we are working with AbbVie to bring this new option to people as quickly as possible,” Horning concluded. 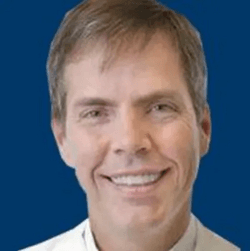 Dr. Danilov on the Need to Identify Novel Pathways in CLL 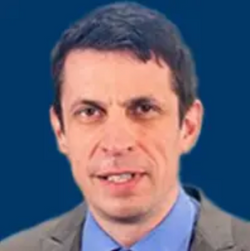