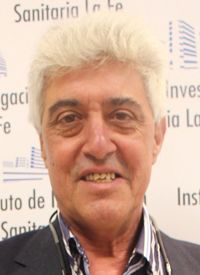 Omidubicel was associated with a significantly improved median time to neutrophil engraftment compared with standard umbilical cord blood (UCB) transplantation in patients with high-risk hematologic malignancies, according to results of a phase 3 trial that were presented during the Virtual 47th Annual Meeting of the EBMT.1

“This global phase 3 randomized study demonstrates that transplantation with omidubicel results in faster hematopoietic recovery, fewer infections, and fewer days in hospital,” said Sanz, of the Department of Hematology at Hospital Universitari i Politècnic la Fe, in Valencia, Spain, in a virtual presentation during the meeting. “These data suggest that omidubicel should be considered as the new standard of care for patients eligible for umbilical cord blood transplantation.”

Omidubicel is a cellular product that consists of 2 cryopreserved fractions derived from a single entire cord blood unit and is thawed at transplant centers immediately prior to infusion. The cells are obtained after CD133+ selection ex vivo expanded for 21 days in the presence of nicotinamide. The agent also comprises non-cultured CD133-negative cells that include T cells, Sanz added.

Nicotinamide has been found to increase stem and progenitor cells, to inhibit differentiation and increase migration, bone marrow homing, and engraftment efficiency, while preserving cellular functionality and phenotype.

A prior phase 1/2 trial explored omidubicel in 36 patients with high-risk hematologic malignancies who were undergoing myeloablative conditioning; 78% of patients had an intermediate/high disease-risk index. Treatment was given to patients at a median dose of 6.3 x 106/kg.

Results showed that omidubicel led to very fast hematopoietic engraftment in this patient population. The median time to neutrophil engraftment was 11.5 days, the median time to platelet engraftment was 34 days, and the median days that patients were alive and out of the hospital prior to day +100 was 73 days (P <.001 for all as compared with 146 similar patients reported to the Center for International Blood and Marrow Transplant Research).2 Moreover, the treatment led to durable long-term hematopoietic engraftment that lasted for more than 10 years.

In the phase 3 study, patients with high-risk acute myeloid leukemia (n = 60), acute lymphoblastic leukemia (n = 41), myelodysplastic syndromes (n = 9), chronic myeloid leukemia (n = 6), and lymphoma (n = 5), and rare leukemia (n = 4) were randomized 1:1 to receive omidubicel or standard UCB. To be eligible for enrollment, patients had to be between the ages of 12 years and 65 years, be candidates for allogeneic stem cell transplantation, and not have a matched donor. Patients were from 33 centers in the United States, Europe, South America, and Asia.

Cord blood units were selected prior to randomization, which was stratified by treatment center, disease risk index, age, and intent to perform single vs double cord transplant in the control arm.

The intent-to-treat population (n = 125) included 62 patients on omidubicel and 63 on standard transplant. In the as-treated population, patients received transplant with omidubicel (n = 52) or control (n = 56) per protocol.

Omidubicel recipients had a median 60.5 days alive and out of the hospital in the first 100 days posttransplant compared with a median 48.0 days for patients on the control arm (P = .005).

There was a trend toward lower non-relapse mortality (P = .09) with omidubicel compared with the control arm; the risk for relapse was similar in both arms (P = .32).

Moreover, the disease-free survival rate was higher with omidubicel vs that of the control arm (P = .68), but Sanz noted that, similar to the OS report, the trial was not powered to assess this end point.