The 2020 class of Giants of Cancer Care® award winners hail from around the globe, coming from locales such as Lagos, Nigeria; Amsterdam, the Netherlands; Brussels, Belgium; and Philadelphia, Pennsylvania.

The 2020 class of Giants of Cancer Care® award winners hail from around the globe, coming from locales such as Lagos, Nigeria; Amsterdam, the Netherlands; Brussels, Belgium; and Philadelphia, Pennsylvania. But no matter where their journeys began, each is now a world-renowned leader in oncology practice.

The honorees can take credit for changing practice for the better and improv-ing patient care across a range of malignancies. Their peers have recognized them as people who are not just exceptional doctors, but also innovators in their respective fields.

This year’s class marks the eighth consecutive year that OncLive® has saluted the physician-scientists who are shaping oncology practice, bringing the total number of honorees recognized through the Giants of Cancer Care® program to 113. The 2020 award winners and their respective categories are:

This year’s Giants will accept their awards during a video presentation that will air Thursday, November 5 at 7:30 pm EST during the 38th Annual CFS® conference, hosted by Physicians’ Education Resource®, LLC (PER®).

Dr. Hudis, a breast cancer specialist who now serves as CEO of the American Society of Clinical Oncology, put the exploratory nature of oncology practice into perspective during an interview with OncLive® in advance of the ceremony. He is scheduled to deliver the Giants of Cancer Care® Lecture at CFS®.

“To be an oncologist is to be a researcher,” said Hudis, who started his medical career in Philadelphia. “Fundamentally, this is a new field. We don’t have optimal therapies for so many of the diseases that we treat. What that means is that the challenge ahead of us is to raise the bar—to do research.”

This year’s Giants have touched the lives, and saved the lives, of hundreds of thousands of patients worldwide. Olopade applied the lessons she learned treating patients on the South Side of Chicago, Illinois, to women in West Africa. van ’t Veer began her career at The Netherlands Cancer Institute, where she helped launch the Netherlands Collaborative Group on Hereditary Breast Cancer. Mok’s research helped to establish the importance of the EGFR mutation in East Asian patients with non–small cell lung cancer.

This year’s award recipients were chosen from a field of more than 800 clinicians and investigators, a record number of nominees that represents a 32% increase over 2019. A 7-member steering committee winnowed the nominees down to 75 finalists, all of whom would have been worthy recipients. An elite selection committee of more than 120 hematologists and oncologists then voted to choose the winners. The Giants of Cancer Care® award is particularly meaningful because the winners know their efforts have generated interest and respect from other cancer care professionals around the world.

OncLive® began the Giants of Cancer Care® program in 2013 to honor clinicians and investigators who have contributed to advancements in the understanding of cancer and the treatment of patients. Recipients must possess selflessness, compassion for patients, and a desire to understand and develop life-changing anticancer treatments.

“I am deeply moved by this nomination,” said Dr. Piccart, a professor of oncology at the Université Libre de Bruxelles and director of the Medicine Department at Jules Bordet Institute in Brussels, Belgium. “I think it means that my peers, my colleagues, value my research efforts over the past 20 years.” Mike Hennessy Jr, president and CEO of MJH Life Sciences™, parent company of OncLive®, called the Giants “oncology legends” and praised honorees for their tireless efforts on behalf of patients and their families.“

Now in our eighth year of issuing the Giants of Cancer Care® awards, the program has grown bigger and better than we ever expected,” Hennessy said. “This year’s winners represent a group of remarkably talented scientists and physicians. The impact they’ve had on cancer research and treatment is truly beyond measure, and we are honored to call them Giants of Cancer Care®.”

The US Oncology Network 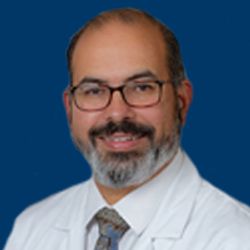 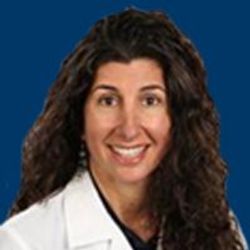