William Eward, MD, DVM, discusses the use of pexidartinib and other options to treat patients with tenosynovial giant cell tumor, as well as future recommendations for the field, such as using comparative oncology when researching drugs. 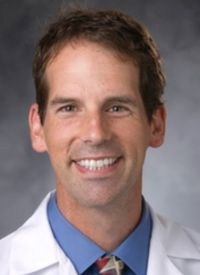 With the approval of pexidartinib (Turalio) in August 2019 as the sole advancement in tenosynovial giant cell tumor (TGCT) treatment in several years, William Eward, MD, DVM, believes physicians need to conduct research in this space with a more open-minded approach.

In an interview with OncLive®, Eward discussed the use of pexidartinib and other options to treat patients with TGCT, as well as future recommendations for the field, such as using comparative oncology when researching drugs.

OncLive: Could you give an overview of TGCT and some recent advances in treatment?

Eward: TGCT is the term we should now be using for a couple of old diseases. One was called giant cell tumor of the tendon sheath; the other was called pigmented villonodular synovitis. These [diseases] are all TGCT now.

TGCT is a really bizarre tumor. It's not cancer, but for some patients it can be worse than having cancer. Most of the time, when you see a tumor, most of the cells in that tumor are the tumor. With TGCT, most of the cells in there are not the tumor; only about 5% of them are. They make this signaling molecule called CSF1, which calls white blood cells and other cells to come into the tumor. You have a very small amount of tumor cells, but as they send out this signal, you get a very large and very destructive tumor. When these TGCTs are in joints or near joints, they will destroy those joints; they eat right through the bone and the cartilage. We see people who need to have joint replacements, and even amputations, because of TGCT.

We had a big advance recently. There is a new drug called pexidartinib, which was approved a little over a month ago by the FDA. Pexidartinib is a targeted therapy that targets CSF1. It blocks the signal, which is causing all of these white blood cells and other cells to come into the tumor. We participated in the clinical trial for this at Duke Cancer Institute, and it has a lot of promise. It can shrink these tumors, improve stiffness so patients can move better, and decrease their pain. This drug is a game changer—the first one we have had in treating patients with TGCT.

Are there any other agents in the pipeline that could treat patients with TGCT?

There are a lot, but there's nothing I would single out as the “magic bullet.” There are some trials of immunotherapy, specifically the drug pembrolizumab (Keytruda) in combination with radiation therapy as a way of trying to kill sarcoma cells, which shows some promise. There are some classes of drugs that haven't been used in sarcoma treatment that might be effective in this space, including drugs that target the proteasome and CRM1, which is a protein that helps shuttle other proteins out of the cell nucleus and into the cytoplasm. We have some promising leads, but we still mainly use the same drugs we were using in 1985. That needs to change.

What should be done to change the current TGCT treatment landscape?

We need better, more creative, and more open-minded ways of [finding effective drugs]. We have always had this idea that we will study cancer in humans, look at cells in a petri dish, and make mouse models of it. We've been doing that for generations now. Our mouse models get increasingly sophisticated, but they're not necessarily getting more predictive. We keep relying on this old system that has limits, because it's easy to kill cells in a dish and it's easy to kill cancer in mice. Cells in a dish aren't people and mice aren't people. We need creative, better ways of finding those drugs.

Personally, comparative oncology may not be the “silver bullet,” but it has a big role to play. When we start incorporating dogs in our trials, we're introducing some new types of powers we haven't seen before. Now, when we study dogs with cancer, we're studying individuals that have an immune system similar to ours; they share our environment. In many cases, they eat the same food as us and they're treated the same way. Their cancer arose spontaneously, not like a mouse that was given cancer. We need to take a more creative approach and invest in including dogs in some of our clinical trials.

Could you expand on how you use comparative oncology to research treatments in the orthopedic oncology field?

“Historically, we haven't had great treatments for TGCT. You can cut [the tumor] out, but it comes back at least 30% of the time. You can treat it with radiation therapy but being exposed to radiation causes cancer. You hate to give someone cancer by treating them for something that's not cancer,” said Eward, an associate professor and orthopedic surgical oncologist at Duke Cancer Institute.