Sir Murray F. Brennan, MD, made his reputation&mdash;and saved many lives&mdash;by pioneering the use of rigorous empirical analysis to evaluate alternative strategies and optimize outcomes in surgical oncology. 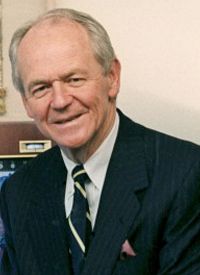 Sir Murray F. Brennan, MD, thought he was joining an empirical science when he began medical school in 1960, but by the time he had completed his residency, he realized that surgery was actually a mishmash of tradition and guesswork.

Brennan made his reputation—and saved many lives&mdash;by pioneering the use of rigorous empirical analysis to evaluate alternative strategies and optimize outcomes in surgical oncology. As a result, over the course of more than 4 decades, Brennan and his collaborators published dozens of papers that helped create and refine standards for operating on a wide variety of tumor types.

Unlike nearly everyone else to win a Giants of Cancer Care® award, Brennan’s most important findings may be the negative findings—vivid demonstrations that “obviously beneficial” surgical customs were either a waste of time or a threat to patients. Yet, these negative findings were instrumental in a positive trend that continues to this day: a trend toward less traumatic operations that have shortened recovery times even as they have improved outcomes.

“I started university with the intention of being an engineer. The classes I took were all about rigorous measurement and analysis. I then earned a degree in mathematics and statistics during medical school. When I completed medical school, and saw surgeons operating on gut instinct or medical folklore, I was surprised,” Brennan said. “It didn’t take me too long to realize that I could probably make something useful of myself by taking all these analytical techniques I had learned and applying them to surgery. The only real trick was selling others on the idea and getting myself in the position to do the research I wanted to do.”Brennan was born in Auckland, New Zealand, in 1940, and raised in the southern part of the country. He was a good student and a good athlete, playing Provincial Rugby (which is just 1 step below the national team). He was president of the University Student Union and his university’s nominee for a Rhodes scholarship.

After completing medical school, as well as his internship and residency, at the University of Otago, Dunedin, New Zealand, Brennan stayed on for a year to be an assistant lecturer in physiology and surgery. Then, in 1970, he moved to the United States for a fellowship at Harvard Medical School and Peter Bent Brigham Hospital. Even then, he thought about surgery like an engineer.

“He is probably the most evidence-based surgeon I have ever known,” said Steven Rosenberg, MD, PhD, a previous Giants of Cancer Care® award recipient, who worked with Brennan at Harvard and who now heads the Surgery Branch of the National Cancer Institute (NCI). “He is a brilliant surgeon and surgical educator with a unique ability to critically analyze large amounts of data before making a decision.”

After 5 years in Boston, Brennan moved to the NCI and Georgetown University. He made a name for himself at the NCI, not only by keeping unusually careful records of each surgery’s many variables, but also by combining those records such that he could see any patterns that emerged organically or when he tried systematic variations.

Between 1975 and 1981, Brennan and several colleagues deliberately tried to use medical treatment alone on patients with Zollinger-Ellison syndrome who would normally undergo surgery. They treated 26 patients with the rare condition, which spurs tumor growth in the pancreas or duodenum, using the histamine receptor agonist, cimetidine, for a mean of 32 months (range, 2-64 months). Only 6 of the patients progressed on cimetidine and required surgery. The rest were maintained on cimetidine, wrote Brennan and his coauthors in a 1982 paper that appeared in Annals of Surgery and ended with a call for a prospective study. Such studies, when they were performed, bore out Brennan’s observation. Medication is now the only treatment for many patients with Zollinger-Ellison syndrome.

Brennan left the NCI after 6 years and moved to New York to begin his ongoing tenure as a professor of surgery at Weill Medical College and to accept the first of many positions at Memorial Sloan Kettering Cancer Center (MSK). He is now the vice president for International Programs and director of the Bobst International Center at MSK.Brennan realized that the sheer volume of patients treated at MSK would speed his efforts to scientifically evaluate surgical techniques. The only problem was that senior colleagues saw little value in controlled trials of seemingly good procedures.

“They asked why I bothered gathering data when everyone already knew the answers,” said Brennan. “I wanted to study basic things, like the value of giving cancer patients extra nutrition after surgery or chemotherapy, and people thought it was just insane. Who would be stupid enough to even question the fact that extra nutrition helped patients?”

Except, as it turned out, when Brennan investigated, aggressive nutritional support was often misguided. A prospective randomized trial of total parenteral nutrition after major resection for pancreatic malignancy, published in the Annals of Surgery in 1994, struck a significant blow against conventional wisdom. The trial results showed that delivering a complete balanced diet through an IV conveyed no tangible benefits over oral nutrition but significantly increased postsurgical complications.

A few years later, Brennan and his colleagues published similar results of a prospective randomized trial of early enteral (tube) feeding after the resection of upper gastrointestinal malignancies. They randomized 195 patients between enteral nutrition designed to improve immune function or the standard course of IV nutrition. Enteral patients obtained 61% of their target calories while IV patients got only 22%, but the extra food did not translate into any tangible benefit.

Brennan’s early days at MSK saw frequent clashes between his desire to quantify every possible aspect of surgery and the desire of traditionalists to view each case as a mostly unique event to be handled without excessive reference to its predecessors. Brennan worried that such opposition could hinder his research, so he took on administrative work, as well as clinical duties and research.

In 1983, just 2 years after arriving, he became the Department of Surgery’s associate chairman for laboratory affairs. And in 1985, he became the chairman of the Department of Surgery, a position he would hold for the next 21 years. “You only take jobs for 2 reasons: you want them or you do not want others to have them. I took the chair for the latter reason,” he said, noting that the position allowed him to pursue his interests and test his ideas for improving hospital operations.

“The administrative work did reduce the time I spent doing research on my own, but the office allowed me to get the entire department collecting, storing, and analyzing data in a way that maximized our ability to mine past cases to keep improving ourselves.”

Of all the ideas Brennan tested over the decades, one of the most valuable was to launch a prospective study of a different tumor type every year. The first year, 1982, saw the department develop a database of both tissues and information designed to track every relevant detail of every patient with sarcoma admitted for surgery at MSK. Subsequent years saw the hospital launch prospective studies of pancreatic cancer and liver cancer and more than a dozen others.

Once a study begins, it goes on indefinitely. Thanks to the volume of patients at MSK, the numbers soon grow large, even for rare cancers, and this historical data can be mined for both publishable insights and uniquely accurate prognoses of new patients.

In 2014, Brennan coauthored a paper in the Annals of Surgery, “Lessons Learned From the Study of 10,000 Patients With Soft Tissue Sarcoma.” The paper demonstrated not only how the information collected in the early days of the project quickly transformed the profession’s understanding of the distribution of sarcoma cases—by site, sex, size, grade, age, histopathology, etc&mdash;but also how the long-term outcomes data and the subsequent genomic analysis of tissue samples make it possible to predict the courses of new sarcomas.

Collecting all the relevant information on an ongoing basis is no easy task, as the paper makes clear. “Data were entered on a weekly or biweekly schedule with full participation of a multidisciplinary team and a dedicated sarcoma pathologist.”

The same holds true for patients with every tumor type that is being studied: a team of physicians, including a pathologist who specializes in that particular tumor type, updates information on every patient, every week.

“The best is when someone comes in with what’s been diagnosed elsewhere as a fatal cancer and our clinical and genetic analysis shows that this individual tumor isn’t actually life-threatening. There is no greater feeling than telling people who believe themselves to be terminally ill that they’re going to be fine,” Brennan said.

“That’s a best-case scenario, obviously, but the prospective studies we have undertaken benefit a major percentage of our patients. They help inform our decisions about whether to treat a patient or monitor disease progression. If it makes sense to treat, the databases help us decide whether to perform an operation, how to perform any operation we undertake, and what medical regimens we should use, if any. They have significantly improved the way we make decisions.”The time spent running his department and overseeing research severely limited Brennan’s time with his wife, Susan Chambers Brennan, MD, and 4 children. He counts himself incredibly lucky to have married a fellow doctor who not only tolerated, but understood and supported, his relentless work schedule. He’s somewhat surprised that his now grown children get along so well with a man who missed a lot of school plays to keep publishing findings that defied surgical tradition.

Looking forward, Brennan says he believes that many entire operations will be abandoned. “We have gotten very good at diagnosing cancer very early, which is great when it shows us an aggressive cancer while we can still cure it and bad when it spurs us to undertake unnecessary surgery,” Brennan said. “It is very hard to just sit back and observe a cancer, but that is already the best thing to do in a significant number of situations and it’s going to become increasingly common as we get better at the genetic analysis that tells us which tumors are likely to progress.”

During his tenure at MSK, Brennan has gained international recognition and has been awarded honorary fellowships in the Royal College of Surgeons in Ireland, Scotland, England, and Australasia, and the Royal College of Physicians and Surgeons of Glasgow and Canada, a rare accomplishment. In January 2015, he was appointed by Queen Elizabeth II as Knight Grand Companion of the New Zealand Order of Merit for his contributions to medicine. Dr Murray Brennan, in other words, is now Sir Murray Brennan. For all his achievements, Brennan is particularly proud of the work he has done to further the education and training of young oncology surgeons.

During his 21 years as chairman of the Department of Surgery at MSK, he trained over 300 surgical oncologists. Many of those fellows have gone on to become leaders at hospitals and institutions across the United States and around the world, a legacy that continues to give Murray great pride and satisfaction. 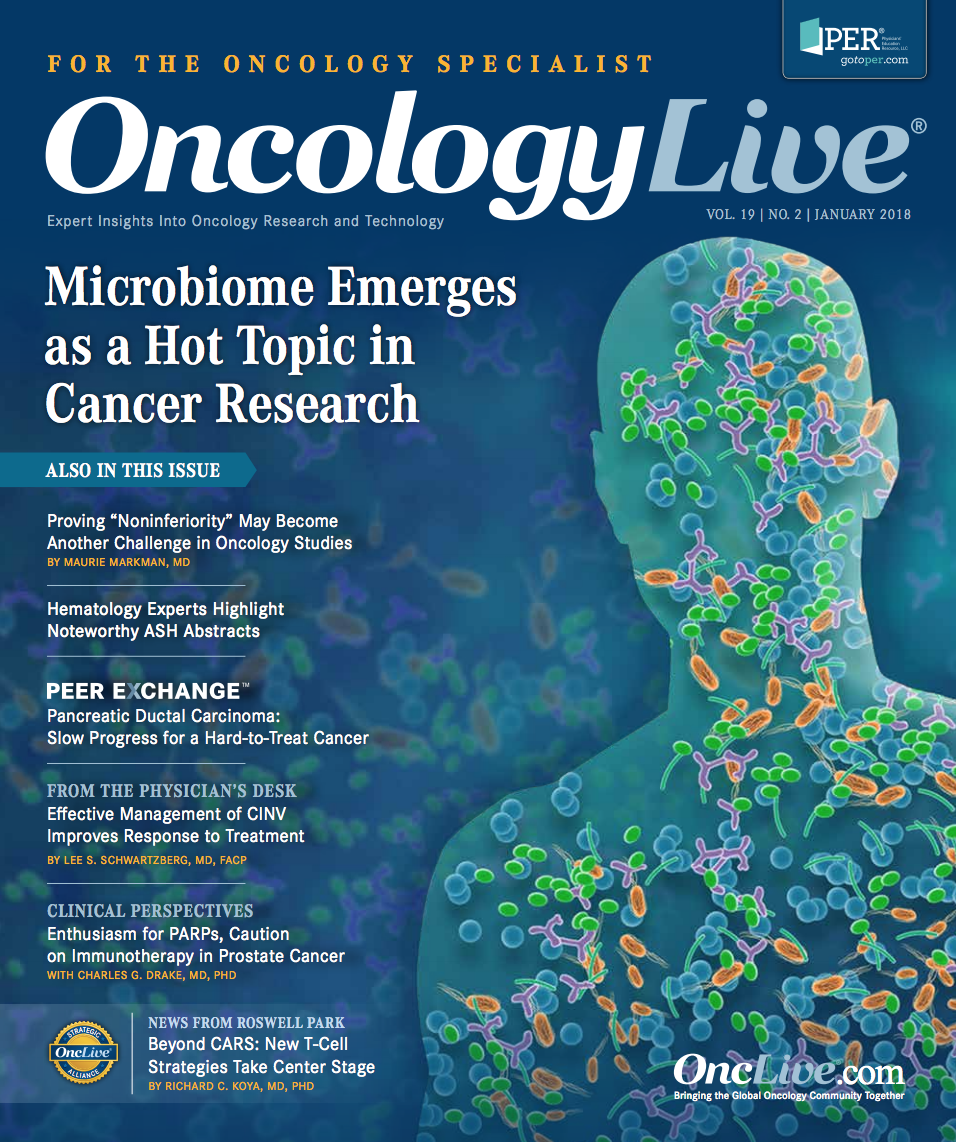