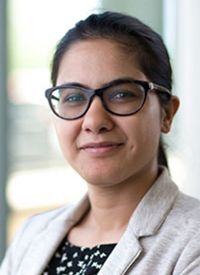 Blood counts recover by 3 months following CAR T-cell therapy in most patients who have not progressed or received additional therapy, according to results of a retrospective study, explained Tania Jain, MBBS.

In the study, investigators pooled data from 3 trials of adult patients with relapsed/refractory B-cell lymphomas, relapsed/refractory B-cell acute lymphoblastic leukemia (ALL), and multiple myeloma. Blood counts were collected for 12 months or until censored for relapse, progression, initiation of chemotherapy, conditioning for autologous or allogeneic stem cell transplant, or subsequent treatment with CAR T cells.

“There are no set guidelines for antimicrobial prophylaxis after CAR T cells, similar to what we have for allogeneic stem cell transplant,” said Jain. “This underscores the need to have some kind of a systematic information in terms of how long a patient needs to be on antimicrobial prophylaxis to prevent infections from the immune suppression that they have for a prolonged period of time.”

In an interview with OncLive, Jain, an assistant professor of oncology at Johns Hopkins Medicine, discussed blood count recovery in patients with hematology malignancies who receive CAR T-cell therapy.

OncLive: Could you provide an overview of the CAR T-cell therapy study you helped conduct?

Jain: We had seen a lot of patients with cytopenia in the clinic in these patients. A lot of times we'll say, "These are heavily pretreated patients. It's just their disease." That is what led us to study this in a systematic way—to understand the recovery, and biology of recovery, of these patients. I was at MSKCC, as a fellow at that time, and we pooled together patients on 2 trials, one of which was of homegrown anti-BCMA CAR T-cell therapies. The second trial was for patients with ALL of a homegrown anti-CD19 product.

Amongst 83 [evaluable] patients […] we saw that most people will recover their blood cell counts by around 3 months. The normalization, however, lags behind by quite a bit. Even up to 1 year, just over 50% of the patients had normalized their counts.

Using this information, we moved forward and with a multiradial analysis, in which we adjusted for the baseline cytopenia and grade ≥3 toxicity. The grade ≥3 toxicity was still associated with a lower likelihood of recovery of counts at 1 month. We had serial samples of patients on the ALL and the myeloma trials; we were able to do a 36-plex cytokine analysis on those patients. Some of these patients had higher chemokine levels. They were not necessarily statistically significant, but the curves were very different. In addition to the inflammation going on one side, there is some sign that there is some bone marrow microenvironment changes or growth factor changes in the blood that may be contributing to the hematopoietic recovery.

What are the next steps of this research?

There is a team at MSKCC that is interested in looking further into this to understand what happens in the bone marrow microenvironment, to further understand the effect of CAR T-cell therapy directly or indirectly, which may be resulting in hematopoietic recovery in these patients.

What is the practicality of CAR-T cell therapy for B-cell lymphomas?

Consider your patients early for CAR T-cell therapy because, a lot of times, these patients are not seen at a tertiary care center, which may have the ability to do CAR T cells at their center. They may have to be referred to another center. [Getting CAR T-cell therapy] takes time, including getting the referral, insurance approval, the apheresis to collect CAR T cells, then shipping the product, getting the product manufactured, and then starting off with the actual infusion.

You have to give yourself at least 3 to 6 weeks to prepare between the first thought to the actual infusion of CAR T cells. Not all patients have a lymphoma that [can] wait 6 weeks before it turns bigger and more problematic. The timeline is something very important to consider. Once they get to the CAR T-cell center, some of the practical situations are whether someone is a fit candidate for CAR T cells. We have a relatively well-described scoring system in the transplant world, but we don't have anything in the CAR T-cell space to determine who is a high-risk patient. That is being learned as we go.

Once you've identified a candidate, you need to consider whether you should give CAR T cells or something else, because there are novel agents in the pipeline for lymphomas. Try to avoid therapies that may cause prolonged lymphopenia and may cause problems in future CAR T-cell collections. Additionally, try to identify what therapies are showing stronger data towards being curative as opposed to palliative therapy. We want to offer curative therapies before we offer palliative therapies.

What is the process of administering CAR T-cell therapy?

Once the T cells are collected and infused, there may be a consideration for bridging therapy. Bridging therapy could be chemotherapy or radiation, which is attractive if the tumor is localized, bulky, and symptomatic. There's an option of using corticosteroids or novel agents, such as ibrutinib (Imbruvica) or lenalidomide (Revlimid) while we wait for the CAR T-cell product to be manufactured. Once they get CAR T cells, it is important to be cognizant of the toxicity, including CRS and ICANS. CRS typically happens early in the first couple of days and resolves by around 1 week. Treatment [to address the toxicities] includes tocilizumab (Actemra) or steroids. Some other medications, such as cetuximab (Erbitux), are on the investigational side.

How should AEs be monitored?

It is important to monitor ICANS closely because they can have very subtle presentation signs. ICANS usually presents in the first week, but usually not as quickly as CRS. It could probably stay for around 2 weeks or so. The mainstay of treatment is primarily steroids. American Society for Transplantation and Cellular Therapy (ASTCT) is coming up with some treatment guidelines in terms of when to use tocilizumab versus steroids and considering the grade of the toxicity. We encourage using the ASTCT consensus toxicity grading system that was published last year in Biology of Blood and Marrow Transplantation. Some other lesser-known toxicities include cytopenia and hypogammaglobulinemia, which can be a long-standing problem if the patient is depleted of their CD19-positive cells. Patients may require intravenous immunoglobulin replacement if they have problems with recurrent infections.

Infections have also been reported. We don't have a standard antimicrobial recommendation or guidelines. Most institutions have developed their own guidelines as to what to use for antimicrobial prophylaxis in these patients and for how long. In addition to these toxicities, there may be some late effects in these patients, meaning that after several months of CAR T-cell therapy, there are some neuropsychiatric issues in a small fraction of patients.

Also, a few patients had secondary malignancies. We don’t know whether that is attributed to CAR T-cell therapy or to the multiple prior therapies that patients received because these patients have had several lines of treatment before they had CAR T-cell therapy, including an autologous stem cell transplant. It's hard to tease out which of those may be contributing to these secondary malignancies, but that is something to be mindful of in these patients. The data for this are going to emerge as time goes along. In the future, we're trying to develop better and safer CAR T-cell therapies, as well as trying to identify the best timing for CAR T-cell therapy compared with transplant, CD19-directed antibodies, and other therapies that are in the pipeline.