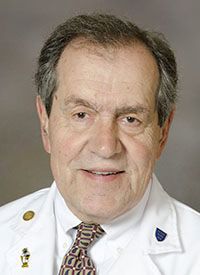 In 1995, the National Institutes of Health released a clinical alert encouraging oncologists to discontinue therapy with tamoxifen after 5 years in patients with estrogen receptor (ER)-positive early breast cancer, a decision that is still not understood to this day, explained Alex E. Denes, MD.

Since then, clinical trials have examined the optimal duration of extended adjuvant endocrine therapy. Another approach involves replacing tamoxifen with an aromatase inhibitor, although Denes added that there could be associated long-term toxicities.

Today, the decision to extend adjuvant endocrine therapy with tamoxifen or an aromatase inhibitor is an individualized one, according to Denes. That decision is made harder, with mixed findings of clinical trials across breast cancer populations.

“You’re treating 20 to 30 patients with a drug for 10 years to help one patient,” said Denes. “We have to figure out how to better identify that one patient and let the other patients live happy lives.”

OncLive: What does the adjuvant landscape of ER-positive breast cancer for postmenopausal women look like?

In an interview at the 2018 OncLive® State of the Science Summit™ on Breast Cancer, Denes, associate professor of medicine, School of Medicine, Oregon Health and Science University, discussed the mixed results looking at the optimal duration of adjuvant endocrine therapy in postmenopausal women with breast cancer.Denes: The concept of adjuvant therapy is not a very new concept. Dr Bernard Fisher at the University of Pittsburgh hypothesized that breast cancer is a systemic disease, as opposed to a localized cancer, in a majority of women. He proposed that if we could eliminate the micrometastases these patients harbored, we could improve the cure rate.

Around the same time, Dr Anna M. Bonadonna at the National Cancer Institute (NCI) of Italy had the same thought. Around that time, they started their first adjuvant chemotherapy trials. These trials were positive and have stood the test of time with 20-year and 30-year follow-up. Patients who received a course of adjuvant chemotherapy following mastectomy had a better survival, even 20 to 25 years after their diagnosis. Of course, we came to the understanding that most women with breast cancer are ER positive. This came after the identification of the ER. The majority of patients with breast cancer are postmenopausal. In the United States, the median age for breast cancer is 62, and 80% of these women are ER positive.

The development of drugs, such as tamoxifen, led to the availability of effective hormone therapy for patients with advanced breast cancer and also early breast cancer. We have to credit Dr Bernard Fisher and the National Surgical Adjuvant Breast and Bowel Project (NSABP) for the initial study of 5 years of tamoxifen compared with placebo, known as the NSABP-B14 trial. That study clearly showed a benefit of 5 years of tamoxifen.

At that time, we didn’t really know the ER status of many women, although most of them were postmenopausal. There were also premenopausal women as well, as well as women with negative and positive nodes. Tamoxifen improved survival in those women. Tamoxifen was initially tried for 1, 2, and 5 years. Five years of tamoxifen was shown to be more effective than 1 or 2 years of tamoxifen and therefore became the standard.

Then the new class of drugs, the aromatase inhibitors, were approved for the treatment of advanced breast cancer in the 1990s. Subsequently, there were large randomized trials that looked at each of the 3 aromatase inhibitors versus tamoxifen. All of these trials showed that there was a small but definite increase in disease-free survival (DFS) and a decrease in the recurrence rate with aromatase inhibitors.

About that same time, the observation was made that about half of recurrences occur after completing 5 years of therapy in women with ER-positive breast cancer. Really, about two-thirds to three-fourths of deaths from breast cancer in ER-positive women occur after 5 years.

Several hypotheses were generated, but it was felt that one possible way to reduce the death rate from breast cancer was by extending adjuvant therapy beyond 5 years. It was thought that women who had done well on tamoxifen for 5 years without signs of cancer should continue the therapy for another 5 years.

There were several approaches to this. The 2 most discussed trials are the aTTom and ATLAS trials. The aTTom trial was out of the United Kingdom, and the ATLAS trial was an international study. Women had to have been 5 years out from diagnosis and completed 5 years of tamoxifen.

These women were randomized to continue tamoxifen for 5 years or stop therapy at that point. Both of the trials were hailed as positive because they improved DFS. In the high-risk patients in the ATLAS trial, there was also an improvement in survival.

Many people forget that NSABP-B14 had a second randomization. If you look back at the data, the second randomization involved about 1200 patients who had completed 5 years of tamoxifen. These women were disease free and doing well and were randomized to 5 additional years of tamoxifen versus no further therapy. The study was stopped early because the Data and Safety Monitoring Board recognized that the recurrence rate and the early death rate were higher in the patients who received tamoxifen than those who received placebo.

The National Institutes of Health then came out with a clinical alert in 1995 advising oncologists to stop therapy with tamoxifen after 5 years. There was a clear directive not to go beyond 5 years. It is a real fact that is still not understood. At that time, the theories were that prolonged exposure to tamoxifen [led] to an agonist situation, rather than an antagonist situation, in terms of the ER. It was thought that long-term exposure to tamoxifen may stimulate the ER rather than block it.

Based on the early trials, oncologists began to treat postmenopausal women with aromatase inhibitors rather than tamoxifen, as their primary adjuvant therapy. Most of these women were coming off 5 years of an aromatase inhibitor, so the [next step] was to conduct randomized trials evaluating the benefits of extending aromatase inhibitor therapy to 10 years as we had done with tamoxifen.

These studies were reported and were shocking. Everybody was surprised that they were largely negative trials. The largest of these trials was the NSABP-B42 trial; there was no improvement in DFS. The only improvement was a reduction in contralateral breast cancers.

The IDEA and the DATA trials had very similar results. The conclusion was that there may be a benefit in some women, and if it is a small benefit, it should be used cautiously because these drugs have long-term toxicity. That is where we are today; we have many choices.

Of course, there are some newer methods that are being evaluated to predict which patients may benefit from therapy or not. In my practice, I’ve used The Breast Cancer Index when it’s a difficult decision for either the patient or myself to recommend therapy or not. This can be helpful because both have a prognostic and predictive benefit as well.

Are there any other toxicities to be aware of?

We have to keep in mind that all of these therapies have long-term toxicities. The aromatase inhibitors primarily affect bone density with an increase in osteoporosis and fractures. All of the studies have shown that it increases the death rate, the incidence of endometrial carcinoma, and the death rate from endometrial carcinoma. We have to be careful and evaluate each patient carefully. In the long run, we’re making advances. We’re still treating too many patients who may not benefit. Newer clinical trials will continue to improve the outcome for women with breast cancer.Aromatase inhibitors have a pretty high incidence of arthralgia and myalgia in the adjuvant setting. It’s interesting to me that when you use them in metastatic breast cancer, women don’t complain nearly as often as in the adjuvant setting. Approximately 15% to 20% of women don’t tolerate them well, so we’ll switch from letrozole to anastrozole or we’ll switch to exemestane. We may end up putting some patients on tamoxifen because they can’t tolerate the aromatase inhibitors. It’s a quality-of-life issue.

The other thing is that we don’t know what the long-term effects of 10 years with an aromatase inhibitor or tamoxifen are. An article was recently published in the Journal of Clinical Oncology showing that women who had received 10 years of hormone therapy had an increased rate of diabetes. That was unanticipated.

I’m still concerned about NSABP-B14. People say that trial was a fluke, but the results were strong enough that the NCI issued a clinical alert. When was the last time you saw that? We have to be very careful with these drugs.

What patient preferences do you take under consideration?

CDK4/6 inhibitors are being tested in clinical trials as adjuvant therapy, and mTOR inhibitors are being evaluated in the adjuvant setting, as well. These may help. I don’t see any need for trials going beyond 10 years. When the aTTom and the ATLAS trial results came out, people said that we needed to do trials of 10 years versus 15 years. I don’t think we need that.Patients have a huge role. Most patients that we see in practice are pretty well informed. Their knowledge extends to both their risk and potential side effects.

What unanswered questions would you like to see addressed?

We have gene profile assays, like Oncotype DX from Genomic Health that can be helpful. At the plenary session at the 2018 ASCO Annual Meeting, they reported the results from TAILORx that people had been waiting years for. That was a very important announcement because we use those types of assays. We sit down and talk to the patients. There are some patients who say “It’s not for me. I’m OK; I can live with that 2% benefit and enjoy my life.”We are treating way too many people with breast cancer. If you look at a study like the NSABP-B14 trial, the improvement was approximately 6% or 7%. About 85% of patients did well with placebo; they didn’t need tamoxifen. Yet, about 5% or 6% of patients on tamoxifen still relapsed, so tamoxifen was ineffective for them. That leaves a small pool of patients who actually benefit.