In the phase III PALOMA-3 trial, adding palbociclib (Ibrance) to standard fulvestrant more than doubled progression-free survival (PFS) in pretreated patients with HR-positive, HER2-negative breast cancer. The CDK 4/6 inhibitor delayed disease progression by over 5 months, according to study results presented at the 2015 ASCO Annual Meeting and simultaneously published in The New England Journal of Medicine.

“Palbociclib in combination with fulvestrant is an effective treatment option for women whose cancer progressed on prior endocrine therapy,” said Nicholas C. Turner, MD, PhD, consultant medical oncologist at The Royal Marsden and Institute of Cancer Research in London, in a press briefing.

The double-blind multicenter PALOMA-3 study randomized 521 patients with metastatic breast cancer whose disease progressed on or following endocrine treatment in a 2:1 ratio to fulvestrant plus either palbociclib (n = 347) or placebo (n = 174). Fulvestrant was administered at 500 mg (IM) on days 1 and 15 of cycle 1, and then on day 1 of each cycle thereafter, and patients received oral palbociclib at 125 mg/day continuously for the first 3 weeks of each cycle, followed by 1 week off. Treatment cycles were 28 days for both arms. Goserelin was also administered to pre- and perimenopausal patients.

Baseline patient data was similar between the two arms. The median patient age was 57 and 56 years in the palbociclib and placebo arms, respectively. Patients were stratified by menopausal status, sensitivity to prior hormonal therapy, and visceral metastases. In both treatment arms, 79% of patients were sensitive to previous endocrine treatment, 60% had visceral disease, and 79% were postmenopausal. One previous line of chemotherapy for advanced disease was permitted, of which 33% of patients in the overall population had received.

PFS was the primary outcome measure, with secondary objectives focusing on overall survival (OS), response, and safety. Following 195 PFS events, the trial was halted in April 2015 after an independent panel determined the study had met its primary endpoint.

“The [PFS] curves separate early and then continue to separate with ongoing follow-up,” said Turner.

The PFS benefit was observed regardless of menopause status and remained consistent across all prespecified patient subgroups.

OS data are not yet mature.

“Palbociclib and fulvestrant in combination was well tolerated,” Turner said. The most frequently reported toxicities in the palbociclib arm versus the placebo group were neutropenia (78.8% vs 3.5%), leucopenia (45.5% vs 4.1%), and fatigue (38.0% vs 26.7%). “The incidence of febrile neutropenia…was very rare, and was 0.6% in both arms,” said Turner.

Turner noted that symptomatic adverse events (AEs) were “largely similar” in the placebo and palbociclib arms, with a small increase in fatigue, alopecia, and infections for patients receiving the CDK4/6 inhibitor. Rates of serious AEs were 9.6% versus 14.0% for the palbociclib versus placebo groups, respectively. Adverse events led to treatment discontinuation in 2.6% and 1.7% of the cohorts, respectively.

While not approved for the use explored in PALOMA-3, palbociclib has received an FDA accelerated approval as a frontline treatment for postmenopausal women with ER-positive, HER2-negative metastatic breast cancer, based on findings from the phase II PALOMA-1 trial.

The confirmatory phase III trial for palbociclib’s accelerated frontline approval is PALOMA-2. This study is comparing the combination of palbociclib and letrozole with letrozole alone as a frontline treatment for postmenopausal women with ER-positive, HER2-negative advanced breast cancer (NCT01740427).

In a press release, Pfizer, the manufacturer of palbociclib, reported that it plans to enter into discussions with the FDA about expanding the drug’s label to the post-endocrine setting based on the PALOMA-3 data.

“The results of PALOMA-3 are compelling and provide evidence that could potentially expand the role of palbociclib as an innovative first-in-class therapy for patients with metastatic breast cancer,” Mace Rothenberg, MD, senior vice president of Clinical Development and Medical Affairs and chief medical officer for Pfizer Oncology, said in the press release. 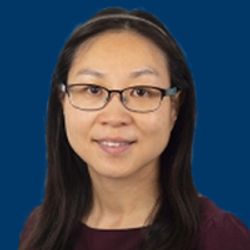