Palbociclib plus fulvestrant did not elicit a progression-free survival benefit vs fulvestrant alone in patients with estrogen receptor–positive/HER2-negative breast cancer who had progressed on prior treatment with a CDK4/6 inhibitor and aromatase inhibitor. 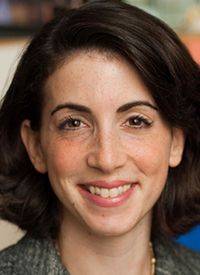 Palbociclib (Ibrance) plus fulvestrant (Faslodex) did not elicit a progression-free survival (PFS) benefit vs fulvestrant alone in patients with estrogen receptor (ER)–positive/HER2-negative breast cancer who had progressed on prior treatment with a CDK4/6 inhibitor and aromatase inhibitor, according to data presented at the 2022 San Antonio Breast Cancer Symposium.

“Combining palbociclib with fulvestrant beyond progression on prior CDK4/6 inhibitor did not significantly improved PFS compared with using fulvestrant alone,” Erica L. Mayer, MD, MPH, director of clinical research at Dana-Farber Cancer Institute and associate professor of medicine at Harvard Medical School, said in a presentation of the data. “The observed longer PFS when a PD-L1 inhibitor was added to fulvestrant and palbociclib is an intriguing signal in this HR [hormone receptor]–positive population and deserves further study.”

CDK4/6 inhibitors plus endocrine therapy (ET) have been established to benefit patients with HR-positive breast cancer in the frontline and pretreated settings. Investigators in the multicenter phase 2 PACE trial tested whether CDK4/6 inhibition with palbociclib continued with subsequent ET with fulvestrant in later lines would be more effective. In addition, based on preclinical data suggesting the combination of a CDK4/6 inhibitor and a PD-L1 inhibitor had synergistic potential, a triplet combination arm was also investigated.

The median age of enrolled patients was 57 years. Forty percent of patients had de novo metastatic breast cancer, 60.0% had visceral disease, 13.6% had bone-only metastases, and 67.7% had measurable disease at baseline. The majority (72.7%) had responded to prior ET, and the most common prior CDK4/6 inhibitor received was palbociclib (90.9%), with 4.5% having received ribociclib (Kisqali) and 4.1% having received abemaciclib (Verzenio). The majority (75.9%) had received CDK4/6 and ET for at least 12 months. Most patients (76.8%) started the trial as their second-line regimen in the metastatic setting. Only 11.8% had received therapy following progression on prior CDK4/6 inhibitor before starting on the trial regimen.

Patients in subgroups who did benefit from the inclusion of palbociclib versus fulvestrant alone included those who had received an intervening therapy before starting the trial and those who were resistant to prior ET.

Neutropenia was the most common any-grade adverse event (AE) in both palbociclib-containing arms. Grade 3 or 4 neutropenia occurred in 32.7% of patients in the fulvestrant plus palbociclib arm, and 49.1% in the arm that also included avelumab. There were no grade 5 AEs, no incidents of febrile neutropenia, and no other grade 3 or 4 AEs occurring at a rate of 10% or higher. Mild fatigue, nausea, and diarrhea were the most common other AEs observed. Rates of immune-related AEs in the arm containing avelumab were low and there were no unexpected AEs.

Despite the failure to meet the primary end point, the clear benefit shown with the addition of a PD-L1 inhibitor has potential to improve outcomes in these patients, and further exploring the data from this study may show some subsets of patients who will benefit from the continuation of CDK4/6 inhibition.

“Overall, a better understanding of the mechanisms driving progression post-CDK4/6 inhibitor and ET will help guide more rational treatment selection for subsequent lines of therapy and improve outcomes for our patients,” Mayer concluded.