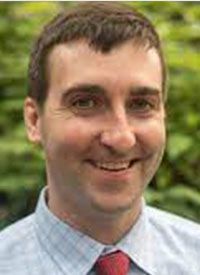 Follicular lymphoma is considered incurable with frequent relapses, despite high response rates to first-line therapy, said Lynch, a hematologist/oncologist at University of Washington, Seattle Care Alliance. “Parsaclisib was designed to avoid the hepatotoxicity commonly reported with the early-generation drugs of this class [PI3K inhibitors],” he said.

The ORR by independent review committee was 75.4% in all treated patients and 77.7% among those in the daily-dosing group. The complete response rates were 18% and 19%, respectively. As assessed by the investigator, the ORRs were 74.6% and 75.7%, respectively. “The time to response was rapid, with 74% of objective responses among all treated patients occurring at the first 8-week assessment,” Lynch said.

Some 95% (n = 113/119) of all evaluable patients had regression at target lesions, 86% of whom had a greater than 50% reduction in best percentage change in tumor size from baseline.

As of the January 15, 2021, cutoff date, 126 patients were enrolled, 103 of whom were in the daily dosing group. Thirty-one percent of patients were still receiving treatment at the time of the data cutoff. The primary reasons for discontinuation were progressive disease in 36.5% of patients and adverse events in 21%. The median duration of parsaclisib treatment was 8.5 months for all treated patients and 8.4 months in patients in the daily dosing group, and the median duration of follow-up was 20.6 months (range, 5.7-34.1) and 17.6 months (95% CI, 5.7-33.1) in the 2 groups, respectively. The median time since follicular lymphoma diagnosis was 6 years. Sixty-one percent of patients were at least 65 years old and 77.5% had stage III/IV disease. Patients received a median of 2 prior therapies (range, 1-8) and 49% were refractory to the most recent therapy.

The most common serious TEAEs were diarrhea (7% in all treated patients and 9% in the daily dosing group) and colitis (6% and 8%, respectively). Two deaths occurred due to TEAEs, which were attributed by the investigator to be related parsaclisib—1 patient with Stevens-Johnson syndrome and 1 with pneumonia.

“Grade 3/4 laboratory abnormalities were seldomly seen,” with the most common being a decrease in neutrophil count in about 15% of patients, Lynch said.