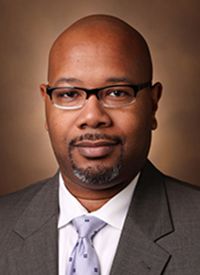 Kelvin Alexander Moses, MD, PhD, an associate professor of urology in the Department of Urology at Vanderbilt University Medical Center

"A patient's volume of disease, overall health status, age, and comorbidities should have a significant impact on treatment choice, so it is important we look at those factors," said Moses, an associate professor of urology in the Department of Urology at Vanderbilt University Medical Center.&#8239;

The personalized approach can be utilized beyond prostate cancer; it is effective when determining whether patients with renal cell carcinoma (RCC) should undergo cytoreductive nephrectomy or systemic therapy, he added. However, questions still exist with the approach.

Moreover, the randomized phase III SURTIME trial reported a median OS of 32.4 months for patients who deferred cytoreductive nephrectomy until after systemic therapy with sunitinib versus 15.0 months for those who underwent surgery immediately (HR, 0.57; 95% CI, 0.34-0.95; P&thinsp;=&thinsp;.03).2

"It is important to understand what the patient status is," said Moses. "The SURTIME trial suggests that some patients who receive systemic therapy upfront and respond may benefit from eventual cytoreductive nephrectomy."

In an interview during the 2019&#8239;OncLive®&#8239;State of the Science Summit™ on Genitourinary Cancers, Moses discussed relevant data and treatment decisions in metastatic hormone-sensitive prostate cancer, as well as the role of cytoreductive nephrectomy in RCC.&#8239;

OncLive: &#8239;How have recent trials impacted the field of metastatic hormone-sensitive prostate cancer?&#8239;

Moses:&#8239;These men present with metastatic disease at diagnosis. In the last couple of years, multiple trials have come out [that have impacted this space]. The first was the CHAARTED trial, which looked at chemotherapy in addition to hormone therapy in men with metastatic prostate cancer. Investigators found a significant reduction in risk of death for patients who received chemotherapy versus those who received androgen deprivation therapy alone.&#8239;

Subgroup analyses showed that men with high-volume disease—either visceral metastasis or more than 4 bone lesions, including 1 outside of the axial skeleton&mdash;derived the greatest benefit.&#8239;

Other trials, such as LATITUDE and STAMPEDE, looked at abiraterone acetate (Zytiga) along with prednisone in metastatic hormone-sensitive prostate cancer.&#8239;Again, there was an improvement in OS, and no difference was noted as far as volume of disease goes. The STAMPEDE trial was somewhat a heterogeneous group, but the men with metastatic disease did have a survival benefit.&#8239;

What are the next steps in this space?

There are ongoing trials looking at combination therapies, as well as PARP inhibitors—particularly for men with specific mutations, such as BRCA.&#8239;

[At the State of the Science SummitTM] Kirk A. Keegan, MD, MPH, spoke about advanced imaging as far as diagnosis of metastatic disease. It will be interesting to see if we are able to diagnosis metastatic disease earlier and if the survival benefit holds [with that earlier detection].&#8239;

Shifting to RCC, could you discuss of how the use of cytoreductive nephrectomy has evolved?

For a long time, the topic of cytoreductive nephrectomy was thought to be fixed in stone. In the 1990s and early 2000s—the interleukin-2 era&mdash;studies showed that patients who had upfront cytoreductive nephrectomy had a survival benefit.&#8239;Now, investigators want to see if that survival benefit still exists [in this era of] targeted therapy, TKIs, and checkpoint inhibitors.&#8239;

What criteria are you looking at to determine whether a patient may indeed benefit from cytoreductive nephrectomy?

In those cases, I elect to do upfront cytoreductive nephrectomy knowing that systemic therapy [will be the next step].&#8239;

Those who have a larger metastatic burden are more likely to be treated systemically first. If they have a response or disease regression, and the primary site is now the greatest burden of disease and the patient has done well otherwise, I will consider a cytoreductive nephrectomy.&#8239;

Are you utilizing neoadjuvant approaches with or TKIs for some patients? What about in the adjuvant setting?

That was what the SURTIME trial indicated. If you give systemic therapy upfront [with sunitinib] and there is no progression, then cytoreductive nephrectomy is certainly an option.&#8239;

Adjuvant trials, particularly with sunitinib and sorafenib (Nexavar), have not played out yet. Additionally, the PROSPER trial is accruing now, which is looking at [perioperative nivolumab (Opdivo) versus observation in patients with localized disease undergoing cytoreductive nephrectomy].&#8239;

Certainly, there are defined treatments for systemic disease, depending on the patient's risk level. &#8239;