An increased understanding of tumor immunology has led to seven new melanoma drug approvals since 2011, including the recent approvals of the PD-1 inhibitors nivolumab (Opdivo) and pembrolizumab (Keytruda).

An increased understanding of tumor immunology has led to seven new melanoma drug approvals since 2011, including the recent approvals of the PD-1 inhibitors nivolumab (Opdivo) and pembrolizumab (Keytruda). In addition, several completed and ongoing trials show promise for the use of immunotherapies in improving survival for patients with melanoma.

“With recent data showing impressive clinical activity of PD-1 or PD-L1 antagonists in subgroups of patients with a variety of different cancers, the critical and foundational role of immune interventions in cancer treatment is no longer deniable,” wrote Mario Sznol, MD, Yale Cancer Center, and Dan L. Longo, MD, Dana-Farber Cancer Insitute, in an editorial published in a January edition of The New England Journal of Medicine.1

CheckMate-066,2 a phase III study investigating nivolumab as treatment for patients with previously untreated BRAF wild-type unresectable stage III and IV melanoma, is one such trial that offers evidence that immune interventions are the future of melanoma treatment, said Sznol in an interview with OncLive.

“It is the first randomized trial to show a survival advantage for [an] anti—PD-1 [agent] in metastatic melanoma,” noted Sznol.

In the CheckMate-066, 418 treatment-naïve patients with metastatic melanoma were randomized in a 1:1 ratio to receive intravenous nivolumab at 3 mg/kg every 2 weeks or standard treatment with dacarbazine at 1000 mg/m2 IV every 3 weeks.

The survival benefit with nivolumab extended across subgroups established by the study protocol, including both PD-L1-positive and —negative patient groups.

These results provide insight into more than just nivolumab compared with dacarbazine. In his editorial, Sznol wrote that the activity and side-effect profile for nivolumab in CheckMate-066 were superior to results reported for ipilimumab (Yervoy) in a comparable patient population.

“Although the comparator arm [in Checkmate-066 ] was dacarbazine, the results suggest that nivolumab is superior to ipilimumab as frontline therapy for BRAF wild-type melanoma,” Sznol told OncLive.

That doesn’t mean that nivolumab will replace ipilimumab entirely. There are sequencing and combination strategies utilizing both ipilimumab and nivolumab, which could benefit melanoma patients, Sznol explained.

“You would give nivolumab first in the frontline setting followed by ipilimumab in nonresponders,” said Sznol.

Sznol also sees potential for nivolumab to be used concurrently with ipilimumab. At the 2014 ASCO Annual Meeting he presented early-stage data demonstrating that the combination of nivolumab and ipilimumab nearly doubled median OS compared with either agent alone.3 The 1-year survival rate was 85% and the 2-year survival rate was 79% with the combination.

“These data suggest that the concurrent administration of ipilimumab and nivolumab may be superior to sequential therapies, but we will need to wait for randomized trials, including the CheckMate-067 trial in particular, to know for certain,” says Sznol.

CheckMate-067 (NCT01844505) is a phase III study comparing nivolumab alone or nivolumab plus ipilimumab versus ipilimumab alone in patients with previously untreated advanced melanoma. The primary outcome measures are OS and PFS.

Sznol is also eagerly awaiting the results of CheckMate-069 (NCT01927419), a phase II, randomized, double-blind study of nivolumab in combination with ipilimumab vs ipilimumab alone in patients with previously untreated, unresectable, or metastatic melanoma. The primary outcome for this trial is objective response rate.

Concluding their editorial on the amazing advances with immunotherapy in cancer care and melanoma in particular, Sznol and Longo wrote, “The substantial investment in immunology and tumor immunobiology by the National Institutes of Health and the National Cancer Institute is paying off,” and, “continued investment in this field” could lead to “substantial additional gains.”

NK Cell–Targeting Strategies Come Into Their Own 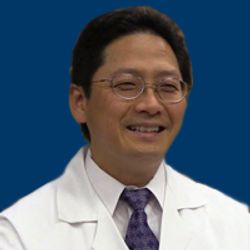