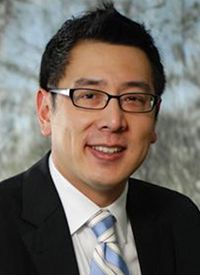 In the phase Ib/II KEYNOTE-365 trial, investigators set out to evaluate different novel combinations in patients with mCRPC. Cohort A of the trial evaluated the combination of pembrolizumab plus olaparib in patients who were pretreated with docetaxel. These patients could have received 1 other chemotherapy and have had ≤2 second-generation hormonal therapies. For the trial, they received 200 mg of pembrolizumab intravenously every 3 weeks plus 400 mg of oral olaparib twice daily.

In patients with RECIST-measurable disease, median time to prostate-specific antigen (PSA) progression was 15.3 weeks (range, 9.3-27.1). The confirmed PSA response rate was 14% with the combination in those with measurable disease and 12% in the overall population.

In an interview with OncLive at the 2019 ASCO Annual Meeting, Yu, a professor in the Department of Medical Oncology, University of Washington School of Medicine, and clinical trials core director, Genitourinary Medical Oncology, Seattle Cancer Care Alliance, discussed updated data from cohort A of the KEYNOTE-365 trial in patients with mCRPC.

OncLive: What was the rationale for the study?

Yu: This is a trial of pembrolizumab with olaparib in docetaxel-pretreated patients with mCRPC; this is a molecularly unselected patient population. Obviously, there is strong rationale for use of olaparib, a PARP inhibitor, in patients who have DNA repair abnormalities. There is strong rationale for the use of pembrolizumab in patients who have microsatellite instability-high [tumors] and whose tumors are hypermutated. In a molecularly unselected population, there are some data as well that show when you give a PARP inhibitor, PD-L1 expression can increase in the cells.

Additionally, there are data showing that a PARP inhibitor, even in non-BRCAness type cells, can have cytosolic DNA fragments that accumulate, leading to activation of the cGAS—STING pathway. Type 1 interferon gets upregulated, and that could increase the cytokines in the microenvironment to facilitate T-cell infiltration in the tumor. This is the rationale to add a PD-1 antibody.

The key takeaway from the dataset is that this is a very heavily pretreated population. About 25% of the patients received basically every treatment strategy: abiraterone acetate (Zytiga), enzalutamide (Xtandi), docetaxel, and cabazitaxel (Jevtana). The response rates that we saw were not huge, but they were reasonable considering the population and the fact that this was a molecularly unselected group. We did not have any patients with confirmed DNA alterations.

The one thing I should point out is that RECIST 1.1 is hard to confirm in prostate cancer if you have nontarget lesions like bone metastases or bone scans that look worse. That's what happened in all the patients who had those responses other than 1; they had progression in nontarget lesions and bone lesions. Could that have been a healing flare and those patients were actually still responding? When you give immunotherapy, you usually see a durable response; it's rare to see a short-term response and then progression somewhere else. Therefore, could that have been healing in the bone and not being labeled as a confirmed response? One other possibility is that the bone microenvironment and soft tissue microenvironments are different, and perhaps this might work better for soft tissue. Those sorts of hypotheses need to be validated.

At this point in time, this trial was presented on 41 patients. We will complete accrual to 100 patients. We have also just launched a randomized phase III trial in the post-docetaxel disease state in patients with mCRPC who have received prior enzalutamide or abiraterone, but not both. The randomization will be pembrolizumab plus olaparib versus the other hormonal agent. Therefore, if a patient received abiraterone previously, they will get enzalutamide. Primary endpoints will be rPFS, and, of course, OS.