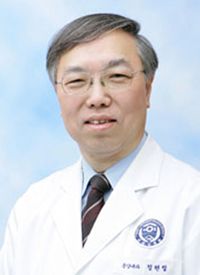 Pembrolizumab (Keytruda) demonstrated promising antitumor activity with durable responses in patients with pretreated advanced small cell lung cancer (SCLC), according to a pooled analysis of the KEYNOTE-028 and KEYNOTE-158 trials presented at the 2019 AACR Annual Meeting.1

“In this pooled analysis, pembrolizumab had antitumor activity among patients with extensive-stage SCLC who had received 2 or more previous lines of therapy,” said Hyun Cheol Chung, MD, PhD, a professor at Yonsei Cancer Center, Yonsei University College of Medicine in Korea, in a press briefing at the meeting. “Responses were durable, and most responses lasted throughout 18 months. Median overall survival and progression-free survival in this analysis were similar to the SCLC cohort populations of KEYNOTE-028 and KEYNOTE-158.”

Chung and colleagues set out to determine the safety and effectiveness of pembrolizumab monotherapy in a pooled analysis, which focused on just the SCLC cohorts of the multicohort phase Ib KEYNOTE-028 and phase II KEYNOTE-158 trials. Patients eligible for inclusion in the analysis had histologically or cytologically confirmed, incurable advanced SCLC, had progressed or failed standard therapy, and were immunotherapy-naïve.

A total of 131 patients with SCLC were included in both trials; 24 patients from KEYNOTE-028 and 107 patients from KEYNOTE-158. Of these, 83 patients who had received ≥2 prior lines of therapy were determined to be eligible for the efficacy analysis. Although patients who participated in the KEYNOTE-028 trial were required to have PD-L1—positive tumors (combined positive score ≥1), this was not necessary for enrollment in KEYNOTE-158.

In both trials, the agent was administered for the duration of 2 years or until disease progression or toxicity was determined to be intolerable. The primary endpoint for both studies was the same: overall response rate (ORR), which was assessed per RECIST 1.1 criteria. Duration of response (DOR), progression-free survival (PFS), and overall survival (OS) all served as secondary endpoints in both trials, and they were estimated using the Kaplan-Meier method.

Results from the pooled analysis presented at the meeting showed an ORR of 19.3% (16 patients; 95% CI, 11.4%-29.4%), with 2 patients (2%) achieving a complete response, 14 patients (17%) experiencing a partial response, and 15 patients achieving stable disease (18%). Nine of the responding patients (61%) had an estimated DOR of ≥18 months. Chung reported that the median DOR had not yet been reached at the time of the analysis.

“To put this presentation in perspective, SCLC that is extensive and has multiply relapsed is a disease setting where responses are rare, long-term survival is unheard of, and the duration of response can be measured almost in minutes as opposed to months,” said Louis M. Weiner, MD, moderator of the briefing and director of the Georgetown Lombardi Cancer Center. “These findings are really stunning for anyone who has been in the field for a while, to be able to see a survival curve in the patients who did have the good fortune of responding.”

He added that 9 of the 16 patients who responded to the agent are still surviving without disease progression many months after having received the treatment. “This is something that has never been seen in SCLC. Also, the impact on median OS was, again, unprecedented in this disease. This is an important advance,” he stressed.

Of note, 14 of the 16 responders had PD-L1 positivity. As the 2 trials had different methods for assessing for PD-L1, the investigators involved in the pooled analysis did not aim to assess the role of PD-L1 positivity in patient selection.

The adverse events (AEs) observed in the analysis proved to be consistent with previous reports of the safety profile of the anti—PD-1 monoclonal antibody. Of all patients treated between the 2 studies, 60% experienced a treatment-related AE of any grade whereas 61% experienced an event in the pooled analysis of 83 patients.