Combining the PD-1 inhibitor pembrolizumab with the VEGF inhibitor axitinib significantly improved survival versus sunitinib as a first-line treatment for patients with advanced or metastatic renal cell carcinoma. 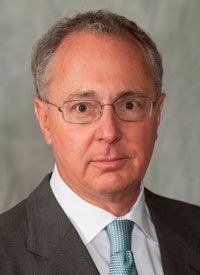 Combining the PD-1 inhibitor pembrolizumab (Keytruda) with the VEGF inhibitor axitinib (Inlyta) significantly improved survival versus sunitinib (Sutent) as a first-line treatment for patients with advanced or metastatic renal cell carcinoma (RCC), according to findings from the phase III KEYNOTE-426 trial.1

Merck (MSD), the manufacturer of pembrolizumab, announced in a press release that the study had met the coprimary endpoints of significant improvement in overall survival (OS) and progression-free survival (PFS), as well as the secondary endpoint of significantly improved objective response rate (ORR). The OS, PFS, and ORR benefits were observed with the combination across risk groups and regardless of PD-L1 expression level.

“Fewer than 10% of those diagnosed with advanced renal cell carcinoma survive for 5 years, and hence there is significant need for improved therapies for this disease. We are very grateful to the investigators and patients for their involvement in this important study, the results of which will be filed with global regulatory authorities in the near future,” added Perlmutter.

The open-label phase III KEYNOTE-426 trial (NCT02853331) randomized 861 patients with advanced or metastatic RCC to frontline treatment with pembrolizumab (200 mg IV every 3 weeks) plus axitinib (5 mg orally twice daily) for up to 24 months, or sunitinib (50 mg orally once daily for 4 weeks followed by no treatment for 2 weeks, continuously). Merck noted that safety data for pembrolizumab and axitinib were consistent with earlier findings from studies of each agent.

Previously reported data from an open-label phase Ib single-arm clinical trial showed that antitumor activity with the combination of axitinib and pembrolizumab was superior to that expected from axitinib or PD-1/PD-L1 pathway inhibitor monotherapy in treatment-naïve patients with advanced RCC.2

In addition, fewer liver function test abnormalities and less fatigue were reported compared with other combinations of VEGF inhibitors and PD-1 checkpoint inhibitors, lead investigator Michael B. Atkins, MD, said when presenting the findings in February at the 2018 Genitourinary Cancers Symposium.

“The regimen was highly active,” he said, with 38 of 52 patients (73.1%) enrolled in the dose-finding and dose-expansion phases of the study having objective responses with the axitinib/pembrolizumab combination. Best overall response was a complete response in 4 patients (7.7%), partial response in 34 (65.4%), and stable disease in 8 (15.4%). The median progression-free survival was 20.9 months (95% CI, 15.4 to not evaluable). Median overall survival was not reached at a minimum follow-up of 17.6 months.

Prior studies in which VEGF inhibitors were combined with PD-1 checkpoint inhibitors were plagued by excess toxicity. Many of these toxicities were related to off-target effects of multitargeted tyrosine kinase inhibitors. The possibility that a more selective VEGF inhibitor would improve tolerability when combined with a PD-1 inhibitor while offering synergistic antitumor activity was the basis for the phase Ib study that Atkins reported at the symposium.

In the study, 11 treatment-naïve patients were enrolled in a dose-finding phase to estimate the maximum-tolerated dose and 41 in a dose-expansion phase. Axitinib at 5 mg was administered orally twice daily and pembrolizumab at 2 mg/kg was given intravenously every 3 weeks.

Tumors were assessed using RECIST v1.1 at baseline, week 12, and then every 6 weeks. The primary endpoint was dose-limiting toxicity during the first 2 cycles (6 weeks). “Per protocol, according to the investigators’ judgment, patients with evidence of disease progression experiencing what was thought to be clinical benefit were eligible for continued treatment,” said Atkins, deputy director, Georgetown-Lombardi Comprehensive Cancer Center.

To be included in the study, patients had to have treatment-naïve clear cell kidney cancer, prior nephrectomy, at least 1 measureable lesion by RECIST v1.1, an ECOG performance status of 0 or 1, and controlled hypertension.

Of the 11 patients treated in the dose-finding phase, 3 dose-limiting toxicities were reported. One patient had a transient ischemic attack. “Axitinib was held, she recovered from the event, axitinib was restarted at a lower dose, and she remains on therapy with a response almost 3 years later,” Atkins said. Two others could not complete at least 75% of the planned axitinib dose, 1 due to a grade 2/3 headache and another due to grade 3 headache, fatigue, asthenia, and dehydration. The maximum-tolerated dose, therefore, was estimated to be axitinib at 5 mg twice daily and pembrolizumab at 2 mg/kg every 3 weeks.

The entire cohort of 52 patients had a median age of 63 years (range, 28-75). Forty-six percent had a favorable International Metastatic Renal Cell Carcinoma Database risk score, although 26.9% of patients had Fuhrman grade 4 tumors. The median time from nephrectomy and initiation of therapy was 20.3 months.

More than 90% of patients had tumor shrinkage. “Except in rare cases, continued treatment beyond disease progression was characterized more by stabilization or slow, continued progression rather than regression,” said Atkins.

The median time to response was 2.8 months (range 0.7-15.2 months) and the median duration of tumor response was 18.6 months. Nineteen of the 38 responders were continuing to respond at the time of data cutoff, including 17 patients who were still on therapy. Ten patients who discontinued both agents because of toxicity were censored even though their disease had not progressed, and 5 were still responding to treatment, Atkins noted.

“There were only 6 deaths total, 4 related to the disease under study and 2 for unrelated reasons,” he said.