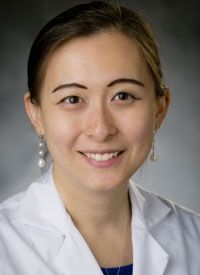 Metastatic castration-sensitive prostate cancer is an aggressive tumor type that continues to be investigated, experts say.

The phase III LATITUDE and STAMPEDE studies both investigated abiraterone acetate (Zytiga), an agent which has advanced the treatment landscape for this patient population. In the LATITUDE trial, 1199 patients were randomized to receive androgen-deprivation therapy (ADT) plus abiraterone/prednisone or placebo.

“Improving both PFS and OS for our patients is exciting and changes what we are able to offer [them] in the first-line setting,” said Tian Zhang, MD.

In an interview during the 2017 OncLive® State of the Science SummitTM on Genitourinary Cancers, Zhang, an assistant professor of medicine, Department of Medicine, Duke University School of Medicine, Duke Cancer Institute, discussed emerging results for patients with metastatic castration-sensitive prostate cancer.Zhang: We talked about metastatic castration-sensitive prostate cancer, which is a very aggressive tumor type when it is presented de novo. I also discussed the novel treatments for these patients. We’ve had docetaxel for a good number of years. At the 2017 ASCO Annual Meeting, there were presentations of both the LATITUDE data as well as the STAMPEDE analysis of abiraterone versus ADT. I gave overviews of both LATITUDE and STAMPEDE studies investigating abiraterone acetate.

What impact has the LATITUDE trial had on patients?

In addition, we talked about metastatic prostate cancer and then wrapped up with some of the trials that are ongoing at Duke Cancer Institute.This is an off-label use of abiraterone acetate. The exciting pieces of data that impact our clinical care for patients in this setting are that it did improve both median PFS by about 18 months and overall survival (OS) compared with ADT alone. The median OS was not reached at the time of analysis for the abiraterone acetate arm compared with 35 months for the patients who are treated with ADT alone. Improving both PFS and OS for our patients is exciting and changes what we can offer these patients in the first-line setting.

What are some remaining questions after the STAMPEDE trial?

In general, offering a less toxic treatment also gives our patients more access to care and to these life-prolonging treatments, particularly those who are too frail to undergo chemotherapy. One of the things we touched upon was thinking about who is a candidate for chemotherapy versus oral hormonal agents, such as abiraterone.STAMPEDE is an exciting trial that has enrolled both patients with metastatic disease, as well as patients with nonmetastatic disease. We are seeing some early disease-free survival benefits of abiraterone acetate compared with ADT in the nonmetastatic setting.

At the 2017 ESMO Congress, we heard some updates from Dr Nicolas James about the patients who had node-positive versus node-negative nonmetastatic disease. These [patients] all had high-risk localized disease. However, [these] are patients who we see every day, such as those with a Gleason score 8 to 10, stage T3 or T4, and a prostate-specific antigen (PSA) of greater than 40, which includes a lot of patients. Half of the patients in the STAMPEDE analysis were nonmetastatic patients.

What are some other ongoing trials in this space that you are excited about?

This trial does allow patients who are postchemotherapy, meaning after 6 cycles of docetaxel per CHAARTED criteria. We enrolled those patients to either enzalutamide or placebo. It will give a lot of information about how we sequence these treatments since we do not have enough data to know who will benefit from the sequence versus chemotherapy or abiraterone alone. The second study in the metastatic castration-sensitive prostate cancer setting is an ALLIANCE study that we are excited to open. This is a concept that builds off the LATITUDE data of combining ADT and abiraterone. In this phase III study, both arms will be treated with ADT and abiraterone. In one cohort, they will also be treated with radium-223 dichloride (Xofigo), which targets bone metastases. Hopefully, we will give those patients some benefit in terms of combining treatments in the upfront setting.

We also have 2 salvage trials that are opening at Duke Cancer Institute. One is the salvage trial run by the NRG Cooperative Group; that is looking at hormone deprivation, radiation therapy, and docetaxel in sequence in the biochemical recurrent setting. It is a large phase III trial with an OS endpoint, so it will take many years to read out.

What do you hope community oncologists took away from your lecture that they could apply to clinical practice?

In addition, we have a small, investigator-initiated trial called STARTER at Duke Cancer Institute, which is also in this high-risk biochemical relapse setting. This is enrolling patients and treating them with ADT, apalutamide—which is a cousin of enzalutamide&mdash;and then salvage radiation followed by docetaxel. We are combining therapies in the salvage setting to see if we can affect the primary endpoint of 3-year [PSA] and PFS to cure these patients. Since this trial has a shorter endpoint and the sample size is only 42 patients, we hope to enroll it quickly and have an earlier read out than a larger cooperative group trial.In general, we are used to using docetaxel and abiraterone acetate in the castration-resistant setting. The phase III trials that we have from the 2017 ASCO Annual Meeting show the benefit of abiraterone in the metastatic castration-sensitive setting. We should start to use abiraterone in this upfront setting for patients, particularly [those] who are poor candidates for chemotherapy—particularly docetaxel.

It opens more avenues of treatments for our patients, hopefully prolongs survival, and allows some more benefit in this upfront setting.