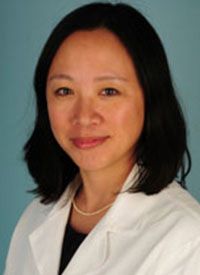 "This is an important outcome for patients suffering from CTCL. SGX301 has successfully demonstrated efficacy in this challenging chronic cancer, with no safety concerns, making it a potentially preferred first-line option for the treatment of early stage CTCL, which is the large majority of patients suffering from this disease," lead FLASH study investigator Ellen Kim, MD, director of the Dermatology Clinic, Perelman Center for Advanced Medicine, said in a press release.

"The treatment showed a statistically significant improvement after just 6 weeks of treatment. This successfully proves that the drug has biologic activity in combating this disease in a relatively short time window, with preliminary data suggesting that the improvement continues to increase with extended treatment. In addition to the efficacy demonstrated, SGX301 was well-tolerated and its mechanism of action is not associated with DNA damage like other currently available therapies," added Kim.

At 8 weeks, data for the SGX301 arm showed that 16% of patients achieved at least a 50% reduction in their lesions per the CAILS scoring system, compared to only 4% of patients in the placebo group, representing a statistically significant improvement in treatment response (P = .04). The researchers also reported that SGX301 was well tolerated and safe in the first cycle.

Although the final data are not available yet, the investigators also reported that a preliminary evaluation of the cycle 2 data indicate an even greater overall response to SGX301 following 12 weeks of treatment. The preliminary data show a 35% response rate in patients who received either 6 or 12 weeks of treatment. The final results from cycle 2 are anticipated in June this year.

The majority of enrolled patients decided to continue onto the optional treatment cycle 3, in which all subjects could receive SGX301. The investigators reported that cycle 3 results and additional follow-up data will be reported when the final patients on the trial are finished with their designated visits.

"On behalf of everyone at Soligenix, I would like to extend my sincere appreciation to the patients, families, investigators, and advisors involved in the pivotal Phase 3 FLASH study," Christopher J. Schaber, PhD, president and chief executive officer of Soligenix, said in the press release. "We are extremely pleased with the results, which demonstrate successful treatment with SGX301 and reinforces its potential to be an important new treatment for early stage CTCL. We will now look to move as quickly as possible to complete a full analysis of the data for publication, as well as begin preparations for a robust discussion with the FDA regarding this important dataset."

Overall, the armamentarium for CTCL has expanded in recent years. In August 2018, the FDA approved mogamulizumab-kpkc (Poteligeo) for the treatment of patients with CTCL who have received at least 1 prior systemic therapy. The approval is specifically for patients with mycosis fungoides or Sézary syndrome, 2 subtypes of CTCL.

The FDA based its decision on findings from the phase III MAVORIC study. Results from the study presented at the 2017 ASH Annual Meeting showed that mogamulizumab reduced the risk of progression or death by 47% compared with vorinostat (Zolinza) in previously treated patients with CTCL.2

In November 2017, the FDA approved brentuximab vedotin (Adcetris) as a treatment for patients with CTCL who have received prior systemic therapy. The approval is specifically for patients with primary cutaneous anaplastic large cell lymphoma and CD30-expressing mycosis fungoides, which are the most common subtypes of CTCL. The FDA considered data from the phase III ALCANZA trial, in which brentuximab vedotin induced responses lasting at least 4 months in 56.3% of patients versus 12.5% in patients receiving physician’s choice of standard therapies (P <.001).3