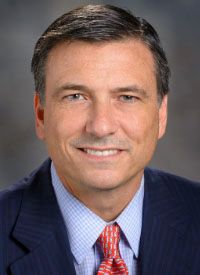 “For first- and second-generation TKIs, the response rate is 3%, or 8% if you include the known sensitive 763insFQEA, with the median progression-free survival of 2 months,” he added. “HER2 exon 20 mutations’ responses are a little higher at 11.9%. The most promising data to date is for T-DM1 (ado-trastuzumab emtansine [Kadcyla]), which shows 6 out of 11 responses in a recent report. Standard-of-care options in these patients would include docetaxel and PD-1/PD-L1 inhibitors with response rates ranging from 3.6% to 19%.”

Poziotinib is a novel, orally available quinazoline-based tyrosine kinase inhibitor that irreversibly blocks signaling through the HER family of tyrosine kinase receptors and EGFR and HER2 mutations, which in turn can lead to blocking of downstream signaling and inhibition of the proliferation of tumor cells.

Heymach added that the size and shape of poziotinib helps to overcome the hindered binding pocket of the quinazoline core, and that the agent demonstrated clinical activity as a selective inhibitor of EGFR and HER2 exon 20 mutations in vitro.

Therefore, in an open-label, single-center phase II study, the investigators administered 16 mg of oral poziotinib to 2 cohorts of patients—EGFR (n = 50) and HER2 (n = 30) exon 20 mutant NSCLC—until progression, death, or withdrawal.

“Durable responses have been observed, with 6 treated patients already treated for a year thus far,” Heymach added. “This compares favorably to historical response rates of less than 8% for approved TKIs and less than 19% for standard-of-care, second-line agents.”

In the HER2 exon 20 cohort, 12 patients were evaluable. The ORR was 50%, with a 42% confirmed ORR. Among all 13 patients in this arm, PFS was 5.1 months. Five patients remained on treatment at the data cutoff.

“This encouraging activity has prompted a confirmatory, international, multicenter study in EGFR and HER2 exon 20 mutant patients, which is currently enrolling, and now includes a first-line cohort, as well as development of a separate pan-tumor basket study,” Heymach said.