The RET inhibitor pralsetinib demonstrated encouraging and durable responses in patients with RET fusion–positive non–small cell lung cancer who were both treatment-naïve and received prior treatment with platinum-based chemotherapy. 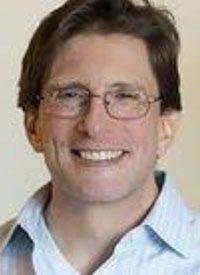 The RET inhibitor pralsetinib (BLU-667) demonstrated encouraging and durable responses in patients with RET fusion—positive non–small cell lung cancer (NSCLC) who were both treatment-naïve and received prior treatment with platinum-based chemotherapy, according to topline findings from the ongoing phase I/II ARROW trial (NCT03037385).1

In patients who were previously treated with chemotherapy, pralsetinib elicited a 61% objective response rate (ORR; 95% CI, 50%-72%), which was determined by an independent central review, with 2 responses pending confirmation. The median duration of response (DOR) was not reached (95% CI, 11.3 months—not estimable).

In the frontline setting, pralsetinib, which is given orally once daily, demonstrated a 73% ORR (95% CI, 52%-88%), which included a 12% complete response (CR) rate. All responses were confirmed.

Additionally, Blueprint Medicines, the developer of pralsetinib, stated in a press release that a new drug application (NDA) for the agent, which will be for the treatment of patients with RET fusion—positive NSCLC, is expected to be completed in the first quarter of 2020.

Full findings of the trial are slated to be presented at an upcoming medical meeting.

"As the clinical data for pralsetinib have matured, with deep and durable responses along with robust evidence of activity against brain metastases, our confidence has continued to grow in the potential of pralsetinib to provide lasting benefit to a broad population of patients with RET fusion—positive NSCLC, including those with newly diagnosed unresectable or metastatic disease," Andy Boral, MD, PhD, chief medical officer of Blueprint Medicines, stated in a press release. "Now, with strong, centrally reviewed top-line data, we feel a profound sense of urgency and have taken the first step toward making pralsetinib broadly available to patients by initiating a rolling NDA submission to the FDA."

Pralsetinib is known to be a potent and highly selective inhibitor of RET fusions and mutations, which also includes predicted resistance mutations. The agent was previously granted a breakthrough therapy designation by the FDA for the treatment of patients with RET fusion—positive NSCLC that progressed on platinum-based chemotherapy, as well as RET-mutant medullary thyroid cancer that requires systemic therapy and for which there are no acceptable alternative therapies.

In the phase I/II ARROW trial, all patients (n = 354) were treated with the proposed indicated dose of pralsetinib, which is 400 mg once daily.

The median age of patients was 60 years, and 62% had an ECOG performance status of 1 or 2. Brain metastases were present for 40% of patients at baseline and patients had received a median of 2 prior therapies, including chemotherapy (77%) or a checkpoint inhibitor (39%). The most common fusion partner was KIF5B (66%). The primary endpoints are ORR and DOR based on independent central radiology and also on RECIST v1.1 criteria.

Prior data from the study were presented at the 2019 ASCO Annual Meeting.2 A majority of responses were observed at the first scan, and 82% of patients remained on treatment at the prior data cutoff of April 28, 2019. The median DOR had not yet been reached, with many patients continuing to respond for >24 months. Additionally, responses were seen regardless of RET fusion partner, central nervous system involvement, and prior frontline therapy.

The topline data that were released in January 2020 comprised patients who were evaluable for response assessment per RECIST v1.1 criteria, which was determined by blinded independent central review.

The company also plans to launch the international, phase III AcceleRET Lung trial in January 2020, which will randomize approximately 250 patients with advanced or metastatic RET fusion—positive NSCLC to receive first-line pralsetinib versus platinum-based chemotherapy with or without pembrolizumab (Keytruda). The primary endpoint will be progression-free survival, and secondary endpoints will be overall survival, ORR, and DOR. Patients who are randomized to the control arm will be permitted to crossover to pralsetinib upon disease progression.

Blueprint Medicines also stated in the press release that it plans to submit an NDA for pralsetinib for the treatment of patients with medullary thyroid cancer who received prior treatment with an FDA-approved multikinase inhibitor in the second quarter of 2020.