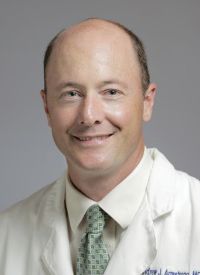 PARP inhibitors and immunotherapy agents continue to be investigated in the field of metastatic castration-resistant prostate cancer (mCRPC), and a focus must now be put on optimally selecting patients for these treatments, according to Andrew J. Armstrong, MD.

Multiple phase III trials are ongoing, such as PROfound, which is investigating olaparib (Lynparza) versus physician’s choice of abiraterone acetate (Zytiga) or enzalutamide (Xtandi; NCT02987543). Additionally, immunotherapy agents in combination with standard-of-care agents and PARP inhibitors are also emerging as a possibility in this setting.

Much work is being done with biomarkers to help select patients for such therapies. For example, assays that assess circulating tumor cells, such as the Epic Sciences AR-V7 Test, have shown promise.

Armstrong, a medical oncologist and associate professor of medicine at Duke Cancer Institute, spoke on precision medicine in mCRPC during the 2017 OncLive State of the Science SummitTM on Genitourinary Cancers. In an interview during the event, Armstrong discussed emerging treatments and techniques for precision medicine in mCRPC.Armstrong: I spoke about men with metastatic disease who have progressed on hormone therapy. Most of the approved drugs in prostate cancer are for these men. These include immunotherapy with sipuleucel-T (Provenge), hormonal therapy with abiraterone acetate, enzalutamide, chemotherapies, and radium-223 dichloride (Xofigo). I am focusing on what we call precision medicine, which is the ability to use biomarkers to help select patients for optimal therapy.

For abiraterone and enzalutamide, there is a wealth of knowledge nowadays about how men develop resistance to those drugs, and how we can possibly predict whether a patient will respond. One of the lead candidates for that is a blood test called the AR-V7 assay. This can [be used in] men before treatment or to make a decision following progression on abiraterone, whether to receive enzalutamide, or, if they are progressing on enzalutamide, whether to receive abiraterone. There is cross resistance between these drugs, and one of the big limitations is that these drugs do not work as well after one another as they do upfront. This test can help select for patients who may be more appropriate for alternative therapies who would be predicted not to respond.

Right now, there are 2 lead candidates for the AR-V7 tests. There is one made by Genomic Health called the Epic Sciences AR-V7 Test, and that is being studied in external validation trials. Right now, we are leading that study. The second test from Johns Hopkins Medicine that is a more RNA-based assay. Both use circulating tumor cells; they have different characteristics in terms of their sensitivity and both are undergoing prospective validation. Neither of these are FDA approved—they are considered research assays at this point. They are not recommended in the NCCN guidelines, but they are one of the hot areas of research right now to help predict the future, as far as drug selection and therapies.

I also talked about other types of therapies that are upcoming. These include immunotherapies, and drugs that work on patients with more hereditary or DNA-repair—deficient prostate cancers.

One of the most important findings of the past year was the identification of a form of hereditary prostate cancer that is in about 10% to 15% of men with mCRPC, depending on the populations that are looked at. These mutations are in homologous repair enzymes; these are DNA repair enzymes. When they are mutated, more mutations happen and this creates a very aggressive form of prostate cancer.

Fortunately, for these men who are predisposed to prostate cancer—particularly aggressive forms of the disease&mdash;there are therapies that are particularly effective. They include old drugs, such as platinum-based chemotherapy, but also new drugs, such as PARP inhibitors. We spoke about the evidence supporting their use and biomarkers that are being developed to predict that. These include germline testing and somatic tumor profiling, such as the FoundationOne assay. I spoke about when the appropriate time is to consider molecular profiling for these men, in order to optimally identify a patient for clinical trials for these approaches.

The second approach is immunotherapy. Immunotherapy was labeled the breakthrough of the year in all of oncology in 2015 and 2016. Prostate cancer has yet to reap the benefits of those breakthroughs. We have sipuleucel-T, which is a particularly effective therapy for prostate cancer; however, some of the emerging therapies include immune checkpoint blockade. Immune checkpoint blockade in prostate cancer is effective in a small fraction of men, and developing biomarkers that can identify who will respond is a big area of research.

One of those biomarkers is called mismatch-repair deficiency, or microsatellite instability. This is another DNA-repair deficiency, but is different from the first one that I mentioned. This one creates many more mutations that makes a cancer more foreign-looking to the immune system, and much more susceptible to an immune checkpoint inhibitor. In fact, pembrolizumab (Keytruda) was approved this year for all cancers, regardless of tissue of origin, who have these types of mismatch-repair deficiencies, including prostate cancer.

Currently, how do you decide who receives sipuleucel-T?

Finally, I touched on other emerging biomarkers and some of the biomarkers that are selecting for novel experimental agents as a way of looking forward.Sipuleucel-T has been around for many years now; it is an FDA-approved, effective agent known to improve survival. Some of the most important data sets about who benefits more from this therapy than others have come from an analysis of a phase III study. This looked at what is called the prostate-specific antigen (PSA)-quartile data of patients with a low-disease burden, such as low PSA.

At Duke Cancer Institute, our median PSA for choosing sipuleucel-T is about 7 but, in this phase III trial, it was about 20. In patients with mCRPC who have a low PSA who are minimally symptomatic had a survival benefit of about 13 months, as opposed to about 2 months for those men who were selected for this therapy and their PSA was over 100, suggesting that early use of immune therapy may result in a greater survival benefit.

The second major data set was presented, but not yet published, at the 2017 AUA Annual Meeting. We presented data on sipuleucel-T in African Americans, which showed that when matched for disease burden, African Americans have a much greater survival benefit with sipuleucel-T than their Caucasian counterparts.

There are theories about why this may be. There are biological explanations for why inflammation may be increased in these patients, and why that may predispose them to a greater response to a tumor vaccine. But, this is borne out. With lower PSA quartiles, African-American men had a superior outcome quartile by quartile. This is unusual in this situation, where we know that African-American men typically have more aggressive prostate cancer and worse outcomes with almost every other study. This is good news.

Could you share your insight on the Epic AR-V7 assay?

What related ongoing trials are in this space?

What about immune checkpoint inhibitors?

This has changed our practice. We certainly want to make sure we offer sipuleucel-T to patients early in their disease course, and particularly for African-American patients.The Epic AR-V7 assay is a commercial assay. We are externally validating this in the large PROPHECY study. PROPHECY…is testing multiple predictive biomarkers in men with mCRPC taking standard-of-care therapy with abiraterone or enzalutamide. We draw blood before, during, and after these therapies to see if the circulating tumor cell biomarkers can predict whether they will benefit. This is to follow up on important papers published in the New England Journal of Medicine and JAMA, which showed that these are predictive biomarkers in small institutional studies.There are multiple phase III trials and different PARP inhibitors made by different companies—AstraZeneca has the PROfound study of olaparib versus physician’s choice of abiraterone or enzalutamide. These are only in biomarker-selected patients. Rucaparib (Rubraca) and niraparib (Zejula) are also active PARP inhibitors. They are approved in [ovarian cancer], but are not yet approved in prostate cancer. These phase III studies, particularly with a biomarker-selected patient population, are attempting to prove that PARP inhibitors are better than best available standard of care.Immune checkpoint inhibitors are all over the place in prostate cancer. They are being looked at in combination with enzalutamide, in combination with PARP inhibitors, radium-223, and docetaxel. They are also being looked at by themselves. There are multiple companies with PARP inhibitors looking at these options.

Is any class of drugs more logical, in your opinion?

At Duke Cancer Institute, we are looking at multiple combinations, including early disease combinations with radiation. The field is wide open right now.The idea is that, by themselves, these drugs are not active. We know from kidney cancer and bladder cancer that these drugs need a little bit of a kick start from other therapies. When you biopsy prostate cancer, there is often an immune desert—there are not a lot of immune cells there. Something must happen to get the immune cells there&mdash;radium-223, radiation, or double immune checkpoint blockade&mdash;something to elicit an immune response and then the checkpoint inhibitor can take advantage of that.