John Mendelsohn, MD, a 2016 Giants of Cancer Care® in Scientific Advances in recognition of his groundbreaking research that led to the development of cetuximab, died January 7 at his home in Houston, Texas at the age of 82. 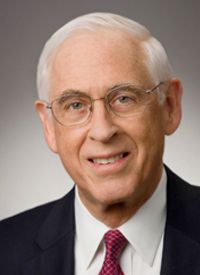 John Mendelsohn, MD, an internationally acclaimed leader in the medical field who was named a 2016 Giants of Cancer Care® in Scientific Advances, in recognition of his groundbreaking research that led to the development of cetuximab (Erbitux), died January 7 at his home in Houston, Texas at the age of 82. He was also the president emeritus of The University of Texas MD Anderson Cancer Center, where he worked to strengthen and expand research-driven patient care.

“MD Anderson had the great fortune of being led by John Mendelsohn for 15 years, and the strides made under his direction were nothing short of remarkable,” said Peter WT Pisters, MD, current president of The University of Texas MD Anderson Cancer Center, in a press release. “In addition to impressive achievements, both as a scientist and as a leader, John was a role model and inspiration to many. He has left an indelible mark on this world, and he will be fondly remembered and greatly missed.”

Mendelsohn grew up in Cincinnati, Ohio, where he attended Walnut Hills High School and a bachelor’s degree in biochemical sciences from Harvard University. Following his sophomore year, Mendelsohn became an assistant to James Watson, who would eventually share the Nobel Prize in Physiology or Medicine for discovering the double-helix structure of DNA. Working with Watson strengthened Mendelsohn’s resolve to continue pursuing a career in medical research.

As a Fulbright scholar, he spent 1 year at the University of Glasgow after completing his undergraduate studies, where he further investigated DNA and explored aspects of cell growth regulation. After his year in Scotland, he returned to Harvard University to attend medical school, completed his residency at Brigham and Women’s Hospital, and commenced further study at the National Cancer Institute (NCI) and Washington University.

By 1970, he joined the University of California, San Diego (UCSD) in a teaching capacity. While there, Mendelsohn helped to develop and launch what is now Moores Cancer Center at UCSD, for which he served as its founding director. While at UCSD, he also led a research lab focused on lymphocytes that proliferated when exposed to phytohemagglutinin. Although he was also caring for patients during this time, Mendelsohn’s primary focus was his research.

This is when he met Gordon H. Sato, PhD, a fellow researcher whose work focused on determining ways to make cells grow in cultures without the serum. Ultimately, Sato found that many cells would not grow without a bloodborne compound, or an epidermal growth factor (EGF). Mendelsohn partnered up with Sato to further explore EGF.

Upon finding that EGF signaled most cells to proliferate—similar to how phytohemagglutinin signaled lymphocyte cells&mdash;the duo decided to create and deploy a molecule that would prevent the binding of EGF to receptors on tumor cells. By doing this, they hoped to subsequently prevent EGF from stimulating proliferation. This work would change cancer treatment forever.

The 2 researchers spent 3 years with a team comprised of postdoctoral students and scientists working to create the molecule, named antibody 225, which would eventually make it into clinical trials. Because antibody 225 was able to bind to EGF receptors (EGFRs) on the outside of tumor cells grown in cultures and it inhibited the activation of 1 of only 3 known tyrosine kinases inside the tumor cells, it was able to stop several biochemical functions inside the cells and prevent their proliferation.

Mendelsohn and his team investigated whether these results might be replicated in living organisms. Their paper, published in Cancer Research in 1984, showed that in mice, the responding tumors had 100 times more EGFRs than the nonresponders. This underscored that monoclonal antibodies could serve as potential useful immunotherapeutic agents against growth factor receptors. Results from the first trial evaluating the use of antibody 225 in humans was published 7 years later.

In 1991, Mendelsohn coauthored a paper on the first clinical trial evaluating the safety of a monoclonal antibody now referred to as mAb 225, which was developed to block a receptor and a tyrosine kinase in order to modify biological function. The trial was successful, and subsequent trials evaluating the antibody—later named cetuximab (Erbitux)&mdash;were conducted and eventually led to the agent’s FDA approval in 2004.

While cetuximab was being investigated in clinical trials, Mendelsohn signed on as president of The University of Texas MD Anderson Cancer Center. During his time there, Mendelsohn created a research program, which stressed the translation of scientific findings to improve patient outcomes. With his guidance, the facility received more research grants from the NCI and conducted more clinical trials than any other comparable institution.

Mendelsohn also worked to significantly expand patient care and research facilities. He helped open the 320-bed Lowry and Peggy Mays Clinic, an addition atop the Alkek Hospital, the T. Boone Pickens Academic Tower, and the Proton Therapy Center. He also helped expand the Rotary House International Hotel by 126 rooms and oversaw the creation of the Duncan Family Institute for Cancer Prevention and Risk As sessment in the Dan L. Duncan Building.

In terms of creation of research facilities and their expansion, one milestone comprised his planning for The University of Texas Research Park and the Red and Charline McCombs Institute for the Early Detection and Treatment of Cancer, which was launched there.

“John Mendelsohn was a builder and a dreamer who made things happen. His passion for curing cancer in all forms helped transform the medical community in Houston, Texas, and the nation, and in doing so, established MD Anderson as the pre-eminent cancer institution in the world,” said T. Boone Pickens, a philanthropist and former chair of the MD Anderson Cancer Center Board of Visitors, in the press release.

During his tenure, The University of Texas MD Anderson Cancer Center’s revenue increased from $726 million to $3.1 billion; its facilities expanded from 3.4 million square feet to 15.2 million square feet. Additionally, the number of employees and patients of the institution doubled in size, while private philanthropy increased by tenfold, with over $2 billion raised.

Mendelsohn is survived by his wife, Anne; their sons Andrew and his wife, Tina; Eric and his wife, Isabel; and Jeffery; and 8 grandchildren. Services are scheduled for January 9, 2019, in Houston, Texas. 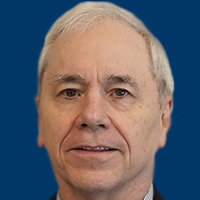