Ulka Nitin Vaishampayan, MBBS, discusses the intent of the PROBE trial, as well as updates regarding the KEYNOTE-564 trial and novel agents in kidney cancer treatment. 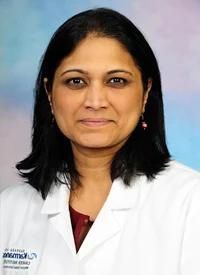 “As the treatment paradigm shifted so rapidly in metastatic kidney cancer, we wanted to ask the question: With contemporary immune-based combination therapy in the frontline setting, does cytoreductive nephrectomy affect OS?” Vaishampayan said. “In kidney cancer, even though there have been tremendous advances, we’re not curing everyone, and a number of patients, even after initial response, end up progressing on current therapies. Newer, better therapies are still needed in this disease.”

In an interview with OncLive®, Vaishampayan, director of the Phase 1 program, Rogel Cancer Center, Michigan Medicine, professor of internal medicine, University of Michigan, discussed the intent of the PROBE trial, as well as updates regarding the KEYNOTE-564 trial (NCT03142334) and novel agents in kidney cancer treatment.

OncLive®: What is the rationale for the phase 3 PROBE trial, which is examining an immune checkpoint inhibitor (ICI) combination with or without cytoreductive nephrectomy in advanced RCC?

Vaishampayan: The PROBE trial is building on the background and results of the CARMENA trial [NCT00930033] that were reported about 2 years ago. CARMENA looked at cytoreductive nephrectomy for patients who present with a renal primary as well as metastatic disease [and] whether removing the primary has an effect on overall outcomes.

Decades ago, a study conducted by the Southwest Oncology Group [SWOG] had looked at that. However, at the time, the treatment was [interferon], which is [a] completely outdated treatment in today’s world for metastatic kidney cancer.

CARMENA looked at a slightly more contemporary treatment with sunitinib [Sutent] and showed that as the treatment efficacy got better with [a] sunitinib-based regimen, cytoreductive nephrectomy had no effect on OS outcomes.

The hope is that this addition of cytoreductive nephrectomy will still play a role in the overall outcome of patients with synchronous metastatic disease. The other thing that came to light is that despite such tremendous advances in metastatic kidney cancer, with median survivals [extending beyond 4 years], the median OS in patients with synchronous metastatic disease is only about half of that. Therefore, the median survival there is about 26 months. It is important to improve [outcomes] in this specific patient population within metastatic kidney cancer.

Regarding the PROBE trial, what stratification criteria were used, and what were the primary end points? What was required for randomization?

This study is just beginning to accrue patients. The primary end point is OS. The stratification is [determined] by performance status and by the intermediate-, favorable-, and poor-risk groups, which are [categorized according to] the [International Metastatic RCC Database Consortium (IMDC)] criteria.

Going into the randomization, patients do need to have response or stable disease. If they’re rapidly progressing through the immune-based combination therapy, they are not eligible [for randomization] because, at that point, the patient should not be considered for nephrectomy anyway. They should be switching to a different systemic therapy.

What other research from the 2022 Genitourinary Cancers Symposium caught your eye?

A neoadjuvant study was presented for patients with locally advanced, big primary tumors using a combination of axitinib [Inlyta] and avelumab [Bavencio]. [Following treatment with that regimen, patients were taken] to surgery [to] see whether there was an effect on pathologic remission from the up-front regimen.

The primary end point was response rate, so the investigators checked for the measurement of the primary tumor, both clinically and then, of course, pathologically, [to see] whether there was a change, although it’s [difficult] to tell.

That study showed some promising response rates of [approximately] 30%, but it’s very early. We need longer-term follow-up to determine what the disease-free survival [DFS] was in these patients, and, of course, [to determine OS outcomes], eventually. The bottom line from that study is that this was a feasible regimen to do up front; the surgical complication rate did not increase. Of course, there could potentially be several correlative studies that could come out of it based on the pre- and post-therapy tissue [that was collected].

There was an update provided on KEYNOTE-564, which is the adjuvant study in kidney cancer [that evaluated pembrolizumab (Keytruda)] post-nephrectomy. Patients were randomized to pembrolizumab vs placebo. [The] primary end point in that study was [DFS], and [the] secondary end point was OS. The investigators presented the updated results after 6 more months of follow-up. A few more events had occurred, but, overall, [the results were similar to those from the primary analysis], and we saw between a 7% and 8% difference in the [DFS] rate at 2 years, favoring the pembrolizumab arm.

Interestingly, the investigators looked at [the] sarcomatoid subgroup and the patients who [had] metastatic resected disease, which [was] a small number of patients. Even after removing that very high-risk patient subgroup, there was still a benefit that favored pembrolizumab therapy. For [the] sarcomatoid subgroup also, [immunotherapy] with adjuvant pembrolizumab had benefit.

What does the updated analysis indicate about the role of pembrolizumab in the adjuvant setting?

Mature follow-up has shown that there continues to be a benefit for this regimen. The study was presented with a minimum number of events. Also, [OS] is not yet mature. Continued follow-up will be needed to see whether OS is also trending in the same direction, [which will] determine the importance of the use of adjuvant pembrolizumab.

However, this regimen is already FDA-approved in the adjuvant setting, and [I would use the agent] for high-risk patients who have chances of response of 30%, 40%, or higher. I would have a balanced risk-benefit ratio discussion to consider the use of adjuvant pembrolizumab.

I would like to highlight some novel agents that are being studied. The [hypoxia-inducible factor-2 alpha (HIF-2α)] pathway is looking extremely promising. Belzutifan [Welireg] is already approved in [Von Hippel-Lindau (VHL)]–related kidney cancers. There is a study ongoing in pretreated metastatic kidney cancers, looking at the efficacy of belzutifan and comparing it with standard therapy with everolimus [Afinitor]. There are some novel HIF-2α inhibitors that are looking fairly promising in very early testing.

The study [with belzutifan] was reported with 17 patients, and the agent showed preliminary efficacy. Importantly, the study also showed that there was no incidence of anemia or hypoxia noted with this agent, [which] are the 2 main toxicities that you worry about when you’re following patients on this treatment.

There are other studies that are optimizing the dose of belzutifan, and we are leading that effort with an optimization study based on the metabolism of patients. Some are rapid metabolizers, [and] some are slow metabolizers of belzutifan. Based on that, [we’re] trying to decide which dose level would be appropriate for which patient.

We sort of get left behind with all these new treatments that come all at once. We really haven’t had a chance to figure out the right sequence and the optimization of the dose. More personalized [medicine] needs to come into kidney cancer.

There are multiple other cytokines that are under active testing. One that is in phase 3 trials is the [NKTR-214] compound, which is an [IL-2)]-like compound that is being tested. There is also a novel form of IL-2, which attaches to the intermediate receptors for IL-2, which has significantly less toxicity with hardly any capillary release syndrome-type of toxicities that is showing preliminary efficacy.

There was an abstract at the meeting on that medication, [which] is nemvaleukin [alpha]. There are other cytokines like IL-27 antibodies [and SRF388] that are also in testing with a focus on kidney cancer. There are macrophage [ICIs] and other immune mechanisms that are also in testing currently for metastatic kidney cancer. XL092 is a novel small molecule [TKI] which is also being tested and [is] currently in phase 1 trials with a focus on solid tumor malignancies. 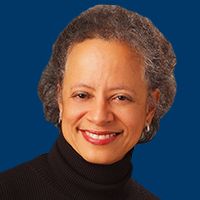