Albert Einstein Cancer Center (AECC), Albert Einstein College of Medicine, and Montefiore Health System today announced that leading cancer biologist Julio Aguirre-Ghiso, Ph.D., has been named founding director of the Cancer Dormancy and Tumor Microenvironment Institute (CDTMI), director of the Gruss-Lipper Biophotonics Center, and co-leader of the AECC Tumor Microenvironment and Metastasis Program. He will also be an endowed professor of cell biology at Einstein. He will assume his new roles on October 1, 2021.

“We are honored to have a scientist of Dr. Aguirre-Ghiso’s exceptional caliber joining us,” said Edward Chu, M.D., M.M.S., director of AECC and vice-president of cancer medicine at Montefiore Medicine, which is composed of Montefiore Health System and Albert Einstein College of Medicine. “His talents as a scientist make him the ideal candidate to lead this first-of-its-kind research institute focused on cancer dormancy and the tumor microenvironment. He is one of the true pioneers in the field. His seminal research has identified the key micro-environmental and signaling mechanisms involved in the biology of dormant cancer cells, which then provides the rational basis for developing novel therapeutic approaches.”

Untangling the Biology of Metastatic Cancer

Cancer is a disease in which abnormal cells divide uncontrollably, destroying body tissue. Cancer dormancy refers to a stage when cancer cells stop dividing but survive, frozen in the cell cycle and waiting for better micro-environmental conditions that may allow the cells to resume replicating. Whether dormant cancer cells remain viable after cancer therapy is crucially important: Clinical tests may indicate a tumor has been successfully treated, but residual dormant cancer cells may survive and go on to seed metastatic tumors or systemic recurrence in hematological malignancies.

The tumor microenvironment—the area immediately surrounding the cancer cells—plays a critical role in influencing their fate. It consists of common cell types in the body, including those that form blood vessels, immune cells, bone cells, nerve cells, and signaling molecules. The continuous interaction between tumors and their microenvironments helps determine whether cancer cells that have spread will remain dormant or instead become active and grow.

The new institute will build upon the current strengths in tumor microenvironment research at Einstein, while expanding its purview to include cancer dormancy, which also closely aligns with the biology of aging, stem cells, epigenetics, and systems biology among other disciplines strongly represented at Einstein. The CDTMI will also focus on developing novel technologies to better detect dormant cancer and prevent and control recurrent disease. The goal of the institute is to bring together the strengths of new recruits and existing investigators to advance the field and develop novel diagnostic tools and therapies.

“Dr. Chu is leading the effort to even greater heights in our cancer center,” said Gordon F. Tomaselli, M.D. the Marilyn and Stanley M. Katz Dean at Einstein and chief academic officer at Montefiore Medicine. “The recruitment of Dr. Aguirre-Ghiso, an international leader in cancer biology, is a key part of this transformation.”

Dr. Aguirre-Ghiso and colleagues helped lead a major shift in cancer biology by showing that cancer is not perpetually proliferating, as had been thought. They discovered that crosstalk between cancer cells and the tumor microenvironment regulates the cells’ ability to switch between dormancy and proliferation. His lab has also provided key insights into the early spread of breast cancer and how that process contributes to dormancy and to metastatic progression. His research has also explored how adaptive pathways within cancer cells enable the cells to survive while in a state of dormancy.

Those insights led Dr. Aguirre-Ghiso to develop novel strategies for preventing cancer recurrences by targeting residual but undetectable cancer cells that have survived initial chemotherapy. To pursue those strategies, Dr. Aguirre-Ghiso has developed clinical trials supported by funding agencies and also founded a start-up company, HiberCell, that is conducting clinical trials and drug development. His work is revealing ways to maintain residual cancer-cell dormancy, kill dormant cancer cells, and use biomarkers to determine whether disseminated cancer cells are in a dormant or active state.

Dr. Aguirre-Ghiso is a reviewer for top-tier journals and for federal, private, and international agencies. His work has been published in journals such as Nature, Nature Cell Biology, Nature Cancer, Science, and Cancer Cell.

Dr. Aguirre-Ghiso is currently an Endowed Mount Sinai Professor of Cancer Biology in the departments of medicine, otolaryngology, and oncological sciences at the Icahn School of Medicine at Mount Sinai. He co-leads the cancer mechanisms program at The Tisch Cancer Institute and directs head and neck cancer basic research in the department of otolaryngology. He is a member of Mount Sinai’s Precision Immunology Institute and the Black Family Stem Cell Institute. He is also president of the Metastasis Research Society and has served at several leadership levels at American Association for Cancer Research.

Dr. Aguirre-Ghiso received his Ph.D. from the University of Buenos Aires, Argentina in 1997 and completed his postdoctoral training as a Charles H. Revson Fellow at what is now the Icahn School of Medicine at Mount Sinai in 2003. He became an assistant professor at the State University of New York-Albany the same year and, since 2008, has been at Mount Sinai, which he joined as an associate professor.

The Albert Einstein Cancer Center (AECC) was one of the first academic cancer research centers to receive a National Cancer Institute (NCI)-designation, which it has held continuously since 1972. For nearly 50 years, research scientists have made fundamental discoveries revealing why cancers form, grow, and spread. The center’s clinical and translational investigators are developing novel approaches to cancer diagnostics and treatment and its population scientists are making major contributions to the understanding of the epidemiology of the main cancer types in the Bronx patient population as well the potential viral and other environmental causes of cancer and how to prevent it.

The clinical investigators at AECC are conducting hundreds of clinical trials each year. Together, they provide access to the most advanced treatments for residents of the Bronx and Hudson Valley. Approximately 80% of its clinical trial participants are racial or ethnic minorities, and it is one of only 14 minority/underserved clinical sites designated by the NCI Community Research Program. AECC/Montefiore has been named a high-performing center in both adult and pediatric cancer by U.S. News & World Report, reflecting its commitment to delivering advanced patient-centered, multidisciplinary care. 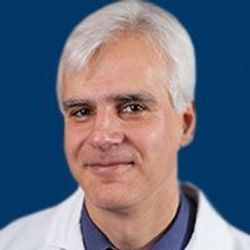 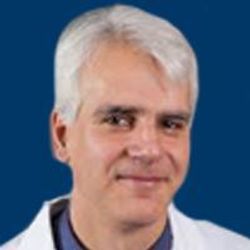 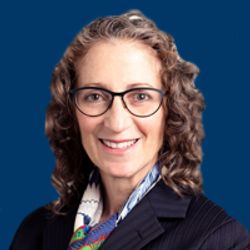