A loperamide prophylactic regimen with or without the addition of either budesonide or colestipol in patients with HER2-positive early breast cancer who received treatment with neratinib (Nerlynx) led to a significant reduction in incidence and severity of diarrhea.

A loperamide prophylactic regimen with or without the addition of either budesonide or colestipol in patients with HER2-positive early breast cancer who received treatment with neratinib (Nerlynx) led to a significant reduction in incidence and severity of diarrhea, according to updated safety results of the phase II CONTROL trial.1

These data were compared with a similar patient population from the ExteNET trial, which was the primary basis for the FDA approval of neratinib in this setting, in which patients did not receive the added prophylactic regimen.

“A structured loperamide prophylactic regimen for one or two cycles with or without the addition of either budesonide or colestipol for a single cycle, reduces the incidence, severity, and duration of neratinib-associated diarrhea compared to that observed in the ExteNET trial,” the authors stated in the poster, which had been presented at the 2017 San Antonio Breast Cancer Symposium.

The FDA approved neratinib, an irreversible tyrosine kinase inhibitor of HER1, HER2, and HER4, for the extended adjuvant treatment of patients with early-stage, HER2-positive breast cancer following postoperative trastuzumab (Herceptin) in July 2017.

However, 95% of patients in the ExteNET trial who received the TKI experienced diarrhea, and 40% reported it as a grade 3 event. Diarrhea also led to study discontinuation for 16.8% of patients.

However, preliminary results from the phase II CONTROL trial (NCT02400476) suggested that antidiarrheal prophylaxis can control the occurrence and severity of diarrhea among patients receiving neratinib.

In the international, open-label, sequential-cohort, phase II CONTROL trial, which was led by Sara A. Hurvitz, MD, director of the Breast Oncology Program, medical director of the Clinical Research Unit, University of California, Los Angeles, investigators sought to evaluate the effects of loperamide prophylaxis alone or with the addition of budesonide or colestipol for neratinib-associated diarrhea in 321 patients with early-stage HER2-positive breast cancer.

To be eligible for enrollment, patients had to be ≥18 years of age, have histologically confirmed stage I to IIIC HER2-overexpressed or amplified breast cancer, and have completed trastuzumab-based therapy in the adjuvant setting or experienced adverse events (AEs) that led to early discontinuation of therapy. The last dose of trastuzumab must have been given >2 weeks and ≤1 year prior to study enrollment.

All eligible patients received neratinib at 240 mg daily for 1 year and oral loperamide prophylaxis for 1 or 2 cycles. Loperamide was given at ≤16 mg daily as needed following completion of loperamide prophylaxis (n = 137). Patients enrolled on the budesonide (n = 64) or colestipol (n = 120) cohorts received those respective agents for 1 cycle. The median duration of neratinib in the loperamide, budesonide, and colestipol cohorts was 11.5, 11.9, and 3.7 months, respectively.

Any treatment-emergent diarrhea was managed with dose modifications or reductions of neratinib, and/or dietetic measures and additional pharmacological treatments that were grade dependent. For patients who were unable to tolerate a prophylactic regimen, loperamide was held until the first bowel movement, and was then administered at a reduced dose.

The ExteNET trial, which included an analogous patient population but no protocol-mandated antidiarrheal prophylaxis, was used as an historical control. Baseline characteristics were similar between arms and were comparable with the ExteNET population.

Results of the trial also showed that reductions in the median cumulative duration of diarrhea and median number of diarrhea episodes occurred in each patient with loperamide/prophylaxis given with or without budesonide or colestipol compared with the ExteNET population.

There were also fewer holds and dose reductions with neratinib for patients who received loperamide prophylaxis with or without budesonide or colestipol compared with patients on the ExteNET trial. Moreover, discontinuations with neratinib in the first cycle due to diarrhea were lower in the budesonide and colestipol cohorts versus the loperamide cohort.

Beyond diarrhea, the safety profile with the prophylaxis with or without budesonide or colestipol was similar to what was reported in the ExteNET trial, aside from an increase in constipation; grade 1/2 rates of constipation were 42.3%/14.6% with loperamide, 62.5%/12.5% with budesonide and 53.3%/9.2% with colestipol. At the time of data cutoff, no grade ≥3 cases of constipation had been observed.

Serious AEs included sepsis and urinary tract infection in 1 patient, and there were no fatal AEs.

Moreover, any HRQoL impairment was found to be short-lived and did not reach predefined clinically meaningful thresholds in the loperamide cohort, the authors noted. However, there were limitations with this endpoint as it was a small sample size and lack of within-study comparator arm.

Additional CONTROL data will be presented at the 2019 ASCO Annual Meeting. 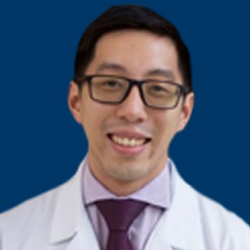 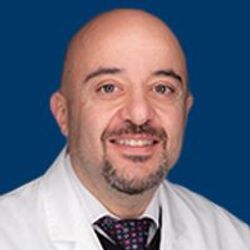 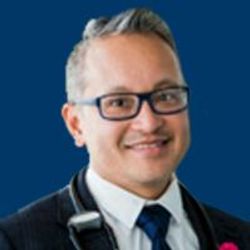