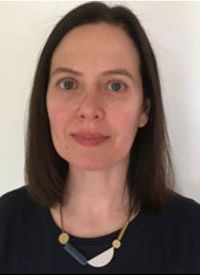 The use of moderately hypofractionated radiation therapy (H-RT) demonstrated no statistically significant differences in functional outcomes compared with conventionally fractionated radiation therapy (C-RT), further cementing H-RT as a standard approach for patients with nonmetastatic prostate cancer, according to patient-reported outcomes from a national cohort study.1

Findings showed that H-RT was associated with small increases in adjusted mean Expanded Prostate Cancer Index Composite short-form 26 sexual (3.3 points; 95% CI, 2.1-4.5; P <.001) and hormonal function scores (3.2 points; 95% CI, 1.8-4.6; P <.001), neither of which met established thresholds for a clinically meaningful change. Moreover, there were no statistically significant differences in urinary or bowel function, as well as quality of life (QoL), between the 2 approaches.

The trial evaluated all men diagnosed with prostate cancer from April 2014 to September 2016 in the English National Health Service who underwent a C-RT or H-RT; these patients, who were identified in the National Prostate Cancer Audit, were mailed a survey ≥18 months after their diagnosis.

The questionnaire included the Expanded Prostate Cancer Index Composite, which was meant to measure patient function and bother. Differences were estimated from patient surveys in the areas of urinary, bowel, sexual, and hormonal function and a health-related QoL scale in the areas of mobility, self-care, usual activities, pain/discomfort, and anxiety/depression from a scale of 0 to 100 and 0 to 1.

Most men received radiation within 9 months of diagnosis (90.6%) and completed the survey ≥12 months after the start of radiation therapy (88.6%). Compared with C-RT, H-RT was associated with higher sexual function (95% CI, 2.1-4.5; P <.001) and hormonal function scores (95% CI, 1.8-4.6; P < .001). There were no significant differences in urinary incontinence, urinary obstruction, or bowel function and index scores, or in EuroQol EQ-5D-5L index scores, between both groups.

The frequency of men who indicated that their functioning was an issue at time of diagnosis was similar between both groups: 10.8% in the H-RT group versus 12.2% in the C-RT group for urinary function, 1.9% versus 2.3% for bowel function, and 19.5% versus 19.9% for sexual function, respectively.

“Results of this contemporary, large, national cohort study provide evidence that there are no clinically significant differences in functional outcomes and [health-related quality of life] between men receiving H-RT versus C-RT in real-world clinical practice,” Nossiter and coinvestigators wrote. “This supports recent guidelines that recommend H-RT with a moderately hypofractionated regimen as the standard of care for men with nonmetastatic [prostate cancer].”

Prior studies have compared the use of H-RT and C-RT in prostate cancer. The randomized, multicenter, phase III HYPRO trial found that at 3 months after radiotherapy, 22% in the C-RT group and 23% in the H-RT group reported grade ≥2 GU toxicity; the rate of grade ≥2 GI toxicity was similar between arms at 13%.2 One patient in each group experienced a grade 4 acute GU toxicity; 0% experienced grade 4 acute GI toxicities. Overall, results showed that H-RT was inferior to C-RT in terms of acute toxicity.

The multicenter, randomized CHHiP study collected results from patients with localized prostate cancer who underwent C-RT or hypofractionated high-dose intensity-modulated radiation. Approximately 153 men were randomized to receive conventional treatment at 74 Gy, 60 Gy, or 57 Gy—the latter of 2 were hypofractionated schedules. At 50.5 months of median follow-up, 4.3% in the 74 Gy group, 3.6% in the 60 Gy group, and 1.4% in the 57 Gy group experienced grade ≥2 bowel toxicity.3 A total 2.2%, 2.2%, and 0% had grade ≥2 bladder toxicity, respectively, as assessed by the Radiation Therapy Oncology Group scale. Investigators concluded that H-RT was equally well tolerated compared with C-RT at 2 years.