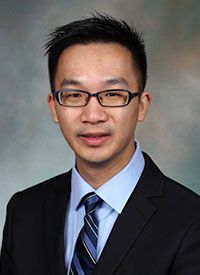 “Often, [patients with lung cancer] can get very sick with standard radiation therapy,” said Sio. “We have some experience showing that proton therapy may be able to distribute doses better than regular radiation therapy in situations where the entire lung volume has to be exposed to radiation.”

Despite its benefit, proton therapy is only currently available in 32 centers across the United States, making patient access difficult. Moreover, research efforts will continue to explore proton therapy and answer remaining questions.

“How do we deliver the proton therapy more effectively, more conveniently, and more safely?” Sio asked. Those are a lot of exciting clinical and research topics that we hope to realize over the next couple years.”

In an interview during the 2020 OncLive® State of the Science Summit™ on Lung Cancer, Sio, a radiation oncologist and assistant professor of radiation oncology at Mayo Clinic, discussed the utility of proton therapy in lung cancer.

OncLive: What is the role of radiation in lung cancer and how is it being used in practice?

Sio: Lung cancer is the most common cancer diagnosis among men and women combined and has a very high mortality rate. Radiation has a very important and potentially curative role in the multidisciplinary care for these patients. Research has recently discovered that radiation therapy also has interaction with immunotherapy and the immune system in ways that may help local regional control. In the future, [radiation] may impact distant control of the disease.

How are radiation and chemotherapy combined to treat these patients?

Lung cancer is difficult to treat and often not cured as much as we would like, especially cases that are in the more advanced stages. There have been a number of prospective trials over the past 15 to 20 years looking at combining or using chemotherapy and radiation in different ways to help make the disease go away more effectively. Combining chemotherapy and radiation, at the expense of more toxicities such as pneumonitis or esophagitis, creates better local control and disease control, and eventually improves overall survival (OS). As a result, patients who have a good performance status are recommended for the combined modality with chemotherapy and radiation.

How is radiation dosed for patients with lung cancer?

In the modern era of 2020, the standard of care for patients with locally advanced NSCLC requires concurrent chemotherapy and radiation at a 60 Gy dose, which is delivered at about 2 Gy daily per fraction over a 6-week period, Monday through Friday.

What is proton therapy and how is it used in lung cancer?

Proton therapy, a charged particle beam for offering the latest technology that we can have for patients receiving radiation therapy, is only available in [approximately] 30 centers in the United States. In traditional intensity-modulated radiotherapy, radiation hits the target; otherwise, the radiation will exit the body on the other side. The radiation may damage the normal tissue from going before and after the target.

With proton therapy, the proton beam will enter the body at a lower dose, hit the target, and release 100% of all the radiation at that target. Due to the Bragg peak phenomenon, [the proton beam] is going to stop immediately at the end of the tumor. There is no extra dose whatsoever going outside of the body.

In lung cancer, this means that cancer in the left lung would be introduced to radiation from the back or left side of the body, but it's able to stop entirely before hitting the heart and the other side of the lung. Hence, there may be a future benefit in terms of decreasing AEs and offering more capability and space for more powerful systemic therapy, or even surgery, for it to happen in the future.

Which patients are eligible for proton therapy?

Right now, proton therapy is limited in our country. About 1% to 3% of all patients with cancer may have access to a proton beam facility, such as the one that we have here at the Mayo Clinic in Phoenix, Arizona. The challenge of proton beam radiotherapy is the cost. Construction for our center costs about $150 to $200 million. When considering patients, we look for those who are also able to withstand more therapy and may be in the curative setting.

Could you discuss the Proton Beam Therapy Program at Mayo Clinic?

Our facility started this operation in 2016. We have the proton beam facility and we are able to offer that therapy for various malignancies. In the diseases that I treat, gastrointestinal cancers and lung cancers, we are accumulating more experience in helping our patients battle these very difficult diseases. Often combined with systemic therapy, we are trying to expand the program by getting more knowledge about proton beam radiotherapy through clinical trials. We have a study in stage III NSCLC comparing the regular dose of radiation with about 70 Gy of radiation, therefore adding about 10% to 15% more radiotherapy per dose for that study. We are actively accruing patients for that.

What are the benefits of proton therapy in patients with lung cancer?

In locally advanced NSCLC, there are multiple methods for delivering the radiation beam. There is a technique for modulating and distributing the different intensities of the radiation within the target and tumor volume, which is volumetric modulator arc therapies. That is actually the state-of-the-art standard for radiation therapy. Proton therapy falls into one of the areas of expertise that we have at Mayo Clinic for delivering the finest form of radiation for lung cancer.

We also have a couple other research projects and publications associated with that, too. We [are evaluating] the dosimetry of the beam and dose distributions. Often with proton beam radiotherapy, we are able to spare more normal organs from getting unnecessary radiation. With proton therapy, for example, we are able to entirely eliminate [toxicity to other organs], meaning the heart is getting no radiation if the lung cancer is not in the heart. This potentially creates fewer heart attacks and cardiac events in the future.

We are able to decrease the transient dose [of radiation] to both lungs, including the parts of the lung that are not involved with the cancer. That means we're getting less inflammation and less injury to the lung tissue, potentially decreasing the chance of radiation pneumonitis in the future. We are able to decrease the dose to the spine and the esophagus if the target is far away from those structures, meaning we have fewer AEs that can be very bothersome to patients. We would like to test [proton therapy] more carefully in the clinical trial settings to summarize those data and experience, and to see how proton therapy can move forward and help more patients in the future.

What other research efforts with proton therapy are you interested in?

We are an academic program that is also able to see patients both nationally and internationally. As proton therapy users in the country, we are very fortunate to have a very supportive staff. We want to generate more research, summarize our experience, and see how protons can be helpful. We also want to network and work with multidisciplinary team members to perform better proton therapy combined with surgery, systemic therapy, or immunotherapy.

We hope to have a role in helping patients who may be interested in exploring proton therapy, more complicated cases of patients with very large tumors in the lung that otherwise may not tolerate standard radiation.

There are a couple of other thoracic applications. If the patient is younger with a better prognosis, then we may be able to spare some of the cardiac AEs in the long-term. This is a very exciting arena that we are hoping to explore over the next couple of years.