Pablo Ferraro, MD, discusses some of the latest developments in pancreatic cancer treatment and the potential role of emerging modalities under exploration. 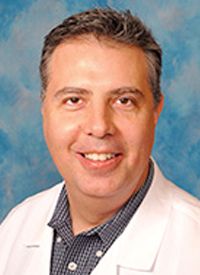 Findings from 3 key trials have shed light on how to approach neoadjuvant and adjuvant treatment for patients with pancreatic cancer, according to Pablo Ferraro, MD, but pivotal questions regarding disease biology and the potential role of emerging modalities in the paradigm have yet to be answered.

In the neoadjuvant setting, data from the phase III PREOPANC-1 trial showed that the combination of preoperative chemotherapy and radiation led to a better survival benefit in patients with resectable or borderline resectable disease compared with immediate surgery.1 Chemoradiotherapy led to a median overall survival (OS) of 17.1 months versus 13.7 months with immediate surgery followed by adjuvant chemotherapy in the intent-to-treat patient population (HR, 0.74; P = .074).

In the phase III PRODIGE 24/CCTG PA.6 trial, data demonstrated that adjuvant treatment with modified FOLFIRINOX resulted in significantly longer survival compared with gemcitabine in patients with resected pancreatic cancer. Median OS in the FOLFIRINOX arm was 54.4 months versus 35.0 months in the gemcitabine arm, translating to a 36% reduction in the risk of death (HR, 0.64; 95% CI, 0.48-0.86; P =.003).2 Based on these pivotal data, modified FOLFIRINOX emerged as the new standard of care in this setting.

Additionally, results from the phase III APACT trial showed that adjuvant gemcitabine and nab-paclitaxel (Abraxane) did not significantly improve disease-free survival per independent review versus gemcitabine alone in patients with resected pancreatic adenocarcinoma (16.6 months vs 13.7 months; HR, 0.82; 95% CI, 0.694-0.965; P =.0168). Disease-free survival by investigator and interim OS were improved with the combination (HR, 0.82 for both), suggesting that it may serve as a potential option for patients who are ineligible for FOLFIRINOX; however, more follow-up is needed.3

“[Progress in] pancreatic cancer has been a bit behind the other cancers,” said Ferraro. “However, things are getting better with the use of molecular profiling. Now, we have a few actionable markers, and [new] therapies are hopefully emerging. [These advances] have been long awaited.”

In an interview during the 2019 OncLive State of the Science Summit on Gastrointestinal Malignancies, Ferraro, a medical oncologist at Memorial Cancer Institute of Memorial Healthcare System, discussed some of the latest developments in pancreatic cancer treatment and the potential role of emerging modalities under exploration.

OncLive: What are some of the key trials that have had an impact on the treatment of patients with localized pancreatic cancer?

Ferraro: [Data from] 2 trials were presented at the 2018 ASCO Annual Meeting, and those were the PRODIGE 24/CCTG PA.6 and the PREOPANC-1 trials. The PRODIGE 24/CCTG PA.6 trial applies to the adjuvant [treatment of those with] pancreatic cancer. [Those data] significantly changed the way that we treat [in that setting], as it marked a [new] standard of care. PREOPANC-1 is a European trial that [explored the] neoadjuvant [treatment of patients with] pancreatic cancer. In this trial, [investigators tried] to prove that neoadjuvant therapy with radiation and chemotherapy is better than adjuvant therapy; this marks a trend to where [neoadjuvant treatment is headed] in the future.&#8239;

APACT, the third trial, was presented in 2019. This trial [was also done] in the neoadjuvant setting, and [it has been a little controversial]. We [are using that regimen] right now, but we're going to start using it a bit more if the trial turns out to be [positive]. It's still not completed; [the data are] preliminary.

Turning to emerging approaches, do you envision PARP inhibitors having a future role in the neoadjuvant or adjuvant settings?

Probably, yes. However, we have to see how the trials [pan out]. I'm sure [these agents] will have a role [in pancreatic cancer]. We just have to wait for a little bit more [information].

Are other exciting therapeutic strategies under investigation?

[I find any research] related to actionable mutations, molecular profiling, and therapeutics [to be exciting]. Several efforts are being made at the basic research/phase I level. We'll see how many of those [investigational agents] go through human application. Sometimes we get excited, and then it doesn't pan out [the way we hoped]. We will see.

The future is going to be in [developing a better understanding of] the pathways [involved in the disease], molecular profiling, and determining what other [actionable markers exist], as is being done in other cancers. For example, lung cancer used to be a very difficult disease to treat 7 years ago, but today [several] options are out there. [We hope] pancreatic cancer is [heading in that direction]. We just have to wait a little bit.

CAR T-cell therapies have also emerged in the treatment of patients with solid tumors. Is there a rationale to use this approach in this space?

There could be. Several factors must be considered, such as the cost. [Investigators] are trying to apply [CAR T-cell therapy] to solid tumors in general; I don't know which one is going to be the one that we're going to target with [this approach]. At this point, I’m not aware of any CAR T-cell [product being used] in pancreatic cancer, but I'm sure they are out there.