Ian W. Flinn, MD, PhD: Now we’ve made the decision that a patient needs a second-line therapy. Josh, how do make the decision of what therapy to give?

Joshua Brody, MD: You know, Ian, we’re lucky, as was already said, that we have choices. Just like in the first line, we have options with high response rates, so it’s a fortunate thing. Again, of all the many and sometimes very fancy tests, we have imaging tests and molecular tests. We have the best test of all for these patients: We have the test of time with how they did with their first therapy, and that’s more telling than any tests we have. Again, a rituximab 8-year remission; there’s no test that predicts how they’re going to do with the second-line rituximab, as well as that test.

Their response and tolerability to their first-line therapy is, as with probably most oncology and all lymphomas, the best teller of what the appropriate therapy would be for them second line. Great response to single-agent rituximab frontline, and we get more rituximab second line. Poor tolerability to some rituximab-chemotherapy regimen or certainly 1 of these early relapsers; a 2-year relapser or even a 3-year relapse…we like to think about just changing with a mechanistically distinct therapy. We’re lucky to have some of these molecularly targeted therapies. We’ll talk about PI3K isotype inhibitors; we’ll talk about Revlimid (lenalidomide) combinations with rituximab. I might be different from some people in the room, but if someone had a great rituximab-bendamustine remission—a 6-year remission—and tolerated it very well the first time, I actually do sometimes give those patients a repeat rituximab-bendamustine. That’s not very common, but they had a great experience the first time, tolerated it well, had a good remission; we will even do that a second time.

Joshua Brody, MD: We talk about bendamustine as being fearfully stem cell—toxic, and more so in the past, we wanted to always maintain a rich source of stem cells, because stem cells are always on the list for these patients. Yet in my common practice, how often are we sending people who are still in low-grade follicular—nontransformed patients—for autologous or allogeneic transplants? It’s quite rare. For example, for the allogeneic transplant, who we’re even considering it for is that very young patient who has the quick relapse, a 2-year or less relapse; and even then, based on the risk of their transplant—so, when someone’s sibling is a good donor.

That’s 1 reason, probably, why potentially marrow-depleting regimens were reused less, and also, it’s the rarer patient that has those very prolonged remissions and tolerated it so well. Well, we’re lucky to have a lot of options between targeted therapies, immunomodulators, and, of course, rituximab monotherapy, even when they had rituximab-chemotherapy as their upfront.

Ian W. Flinn, MD, PhD: Matt, I’m going to turn it to you. Let’s say a patient has been treated with rituximab/bendamustine, went into remission without maintenance therapy for 3 years. What are you doing there?

Matthew Lunning, DO: Yes, I think that’s a tough one, because that’s right on the borderline for chemotherapy sensitivity.

Matthew Lunning, DO: I know, and I don’t think we know what the response rate of CHOP or O-CHOP or R-CHOP is in the second line. If you’re going to give chemotherapy again, one could argue that you could give chemotherapy to a second remission and consider consolidating them with an autologous stem cell transplant.

Joshua Brody, MD: How often have you done it in the last few years?

Matthew Lunning, DO: Well, I’ve done it after discussion, and I think that you have a good chance of putting them into a deep remission. Then there are data still around that show plateaus on certain curves for long-term disease-free, from a host of being transplanted, and so I have that discussion. I say, you’re going to put a lot of investments right here for hope for long-term gain. The goal is going to be to get as much, if not more, remission with the second line. But it may cost you, and you may not get back to 100% of where you were right now, and are you willing to do that?

Joshua Brody, MD: A practical trick for that patient is that…the young patient who you want more therapy for—but they’re seldom willing to take a vacation from their life for—4 months is required, right?

Matthew Lunning, DO: No. For many time points that we’ve been talking about today, it is much longer than a 20-minute visit, right? You see those conversations coming, or at least I do, and I’m talking to my nurse, saying, “I’m going to need 40 minutes.” And that 40 may need plus or minus 10 minutes. So, we need to look at the schedule and arrange this because I cannot, in my own conscience, have a transplant discussion in a 20-minute visit. If I did, I don’t know that I did it well.

Joshua Brody, MD: I know. Your nurses like you so they don’t get upset.

Ian W. Flinn, MD, PhD: But thankfully, that’s a rare patient that we’re going to be transplanting these days. But there are some more common scenarios. A lot of our patients are older, they have comorbidities, they have diabetes, they have whatever; how does that affect your treatment paradigms, Sonali?

Sonali M. Smith, MD: I think the major issue is this conversation with the patient with all the options on the table, and they range from rituximab monotherapy to targeted agents such as PI3-kinase inhibitors to clinical trials to immunomodulatory agents to chemoimmunotherapy to transplant. The conversation more and more, as you alluded to, is away from the chemoimmunotherapy and away from transplant. I think, again, it has to do with the fact that we’re there to help control their symptoms and try to put them into a remission; get them a remission-free, treatment-free interval if we can. I think that’s where some of the newer agents are really appealing.

Ian W. Flinn, MD, PhD: I agree. That’s the second line, and then you have to think about third line, and it gets even more complex. You think that maybe it would get easier, but I don’t think it is. John, what are third-line therapy options?

John P. Leonard, MD: I think it’s harder in some ways, and it’s an extension of the discussion we had about what have they had before and how did it work and how did they tolerate it. It’s a little easier in third line in some ways, because at least a couple of other things are off the table. There are some patients who have had a long first remission, a long second remission. Now, it’s third line; you can go back to rituximab. There are some people who make it to third line and haven’t had bendamustine, although I would say that’s pretty unusual. Most people, by the time they get to third line, have had that. Most patients have a pretty distinct opinion about R-CHOP by the time they get to third line. They’ve heard about it; maybe they’ve had it. But most people in my experience—say, somebody who had BR and then rituximab again—are not excited to get R-CHOP, and I’m not excited to give them R-CHOP unless, again, I’m moving toward a transplant or I’m worried about transformation.

I think that the discussion tends to crystallize into, are we going to use a chemotherapy-based regimen because it worked before and I have an acceptable option to the patient? That would be one strategy. On the other hand, if I’m doing that strategy third line, I’m thinking very seriously about a stem cell transplant, because if I’m going to put somebody through a reasonably intensive chemotherapy regimen, it’s not going to be for a 2-year remission. We’re going to say, “Let’s try to turn it into a 5- or 10-year remission.”

Now, I think the other pattern of patients is that group that either doesn’t want chemotherapy or these intensive approaches, or has already had some of those drugs, or is older and more frail. We are really trying to say, “OK, well, we’ve established what your disease is; can we use some things to get some mileage out of it?” To me, that includes adding something like lenalidomide to rituximab…switching the antibody in the course of things; so, bendamustine plus obinutuzumab, if the patient hasn’t had it already. Then I would say, also thinking about a PI3-kinase inhibitor—we have a couple available now and others being studied, and that’s certainly a category of patient. In the young patient who doesn’t want to do something aggressive or an older patient who’s not a candidate for something aggressive, I think those are people where, again, lenalidomide with an antibody or a PI3-kinase would be good choices.

I want to make 1 point just for the audience, that ibrutinib tends to get used in a fair number of these patients, as well, probably even more anecdotally than the PI3-kinase inhibitors that have approval. Ibrutinib is not a particularly good drug in recurrent follicular lymphoma, so I would really encourage the audience to not jump to ibrutinib but actually spend the time to consider some of the other agents that have more solid and impressive data.

Dr. Ahmed on Optimizing Treatment With Axi-Cel in LBCL 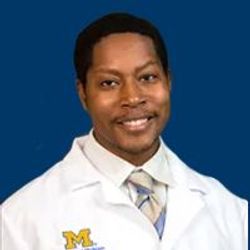