Maryam Lustberg, MD, MPH, discusses key results from a retrospective analysis of ovarian suppression in HR–positive, HER2-positive breast cancer, the importance of assessing real-world practice patterns, and the need for continued study of other predictive biomarkers for endocrine therapy in this population. 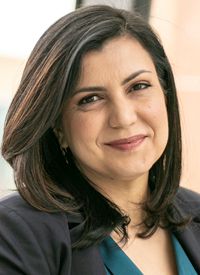 A single-institutional retrospective review of real-world data showed the use of ovarian suppression was uncommon in premenopausal patients with hormone receptor (HR)–positive, HER2-positive breast cancer. Additionally, patients 35 years of age or older were less likely to receive ovarian suppression therapy in addition to HER2-targeted therapy compared with their younger counterparts. This suggests that age may be the sole determinant of treatment with ovarian suppression therapy, potentially excluding patients with other risk factors who may benefit from intensive endocrine therapy, according to Maryam Lustberg, MD, MPH.

Data from this study presented at the 2022 San Antonio Breast Cancer Symposium (SABCS) showed that 87% of patients aged 50 or younger with premenopausal HR-positive, HER2-positive breast cancer (n = 818) were prescribed tamoxifen monotherapy compared with 12.6% of patients who received ovarian suppression alone or in combination with endocrine therapy. Additionally, high-risk clinicopathologic features such as node positivity, advanced clinical stage, and high tumor grade were not predictive of treatment with ovarian suppression.1

“There are insufficient data to suggest that patients with triple-positive breast cancer need less intensive endocrine therapy,” said Lustberg, an associate professor of medical oncology at Yale School of Medicine, director of the Center for Breast Cancer at Smilow Cancer Hospital, and the chief of Breast Medical Oncology at Yale Cancer Center in New Haven, Connecticut. “[We need] to really look at various clinical pathological factors and other predictive biomarkers, such as the Breast Cancer Index, to decide on the duration and type of endocrine therapy for these patients.”

In an interview with OncLive®, Lustberg expanded on key results from the retrospective analysis, the importance of assessing real-world practice patterns in patients with breast cancer, and the need for continued study of other predictive biomarkers for endocrine therapy in this population.

Lustberg: We wanted to look at real-world data in triple-positive patients with HR-positive and HER2-positive disease. There’s a lack of clarity [regarding] the optimal use of endocrine therapy in this population, and we had seen a lot of variability in terms of what type of endocrine therapy was being selected for these patients in clinical practice. We decided to interrogate a large, real-world database called CancerLinQ, [which is a subsidiary of] the ASCO program, to further look at how endocrine therapy was being delivered to patients with these tumor types.

What unmet needs was the study aiming to address in this patient population?

We’re [already] aware of what the optimal HER2-targeted therapy is for a HER2-positive population, but [we don’t know] the best type of endocrine therapy agent for this population. The hypothesis [of this study was] that many clinicians think that the HER2 biomarkeris most important [to target] in this population, and they may not see HR positivity as an important part of cancer site biology. We wanted to further interrogate this in the real world.

What key data from this study were shared at SABCS this year? Were any results particularly surprising?

Results from the [study], which was led by Jasmine Sukumar, MD, showed that most patients with HR-positive, HER2-positive breast cancer also had node positive disease. The majority of these patients received tamoxifen alone and did not receive ovarian suppression [alone] or ovarian suppression with tamoxifen or aromatase inhibitors.

This was a surprising finding, because prior data had shown that if patients were high risk enough to receive chemotherapy, they would benefit from ovarian suppression. However, our results showed that patients with HER2-positive disease were less likely to receive ovarian suppression. [Instead] they were often treated with tamoxifen alone because clinicians thought that the [regimen] was sufficient for HER2-positive disease.

What do these data indicate about the future of adjuvant endocrine therapy and ovarian suppression in this population?

This is an area that requires additional study because the population is at risk for late recurrences, and optimization of endocrine therapy is important. The only clinical factor that was found to be predictive of using ovarian suppression in this population was an age less than 35. However, it’s possible that other patients with higher-risk features [or] who are older may still benefit from endocrine therapy optimization. We need to look at additional biomarkers in this population more closely to really determine who might benefit from intensive ovarian suppression or other types of endocrine therapy.

What main message would you like your colleagues to take away from this research?

As a community, it’s important that we’re looking at real-world data in addition to clinical trials to see exactly how data are implemented [in practice]. I encourage my colleagues to look at these rich databases and identify various practice patterns that we can all learn from.

What other research stood out to you from the meeting?

[There’s a] lot of exciting data on antibody-drug conjugates, as well as targeted therapies like PI3K inhibitors. It’s a big year for these new therapeutics, and I’m excited that our patients will have additional options for disease management.

I would [also] broadly refer our audience to the HER2-low session, [which featured a] rich discussion on the complexity of HER2 testing and determination of HER2 low [status]. How we think about HER2-low breast tumors will have tremendous implications in the years to come. The whole session was full of insight on how we need a reliable biomarker to really determine the optimal management of these tumors. 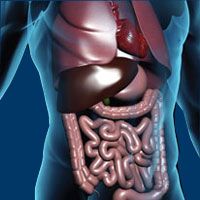