The safety profile for the combination of tucatinib, trastuzumab, and capecitabine from the phase 3 HER2CLIMB trial was confirmed with real-world data for patients with HER2-positive metastatic breast cancer. 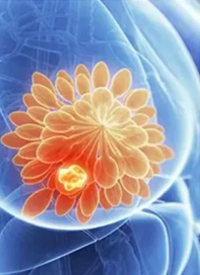 The safety profile for the combination of tucatinib (Tukysa), trastuzumab (Herceptin), and capecitabine from the phase 3 HER2CLIMB trial (NCT02614794) was confirmed with real-world data for patients with HER2-positive metastatic breast cancer.1

The real-world analysis also verified several drug-drug interactions for tucatinib therapy that could be managed and adjusted with the help of clinical pharmacists, according to a poster presented at the 2022 San Antonio Breast Cancer Symposium.

Investigators from Duke University Medical Center conducted a retrospective, single-center, cohort study of the safety of the tucatinib triplet, looking at the incidence of AEs, the incidence of drug-drug interactions with tucatinib, and the overall response rate (ORR) after initiation of tucatinib therapy.1

All patients included in the study were adults with HER2-positive metastatic breast cancer who were started on tucatinib therapy between April 17, 2020, and June 9, 2021, at the Duke Breast Oncology Clinic.

The most common AE of any grade observed in the real-world study was fatigue (70%) followed by palmar–plantar erythrodysesthesia syndrome (61%), nausea (61%), anemia (61%), diarrhea (52%), thrombocytopenia (52%), increased aspartate aminotransferase (AST) levels (52%), and increased alanine aminotransferase (ALT) levels (43%). Grade 3 or higher events consisted of increased ALT levels in 13% of patients, increased AST levels in 9%, nausea in 9%, and fatigue, vomiting, increased total bilirubin, and mucositis in 4% of patients each.

Drug-drug interactions were reported in 39% of patients with 12 different treatments. Tucatinib dose modifications were necessary in 26% of patients.

In terms of efficacy, 26% of patients achieved a partial response and 35% had stable disease. Progressive disease was reported in 30% of patients and 9% were unable to determine response.

For patients with stable brain metastases (n = 9), partial responses were observed in 44% and stable disease was achieved by 33%. One patient had progressive disease and was unable to determine response. In those with active brain metastases (n = 3), partial response, stable disease, and progressive disease was seen in 1 patient each (33%).

In patients who required a reduction of capecitabine dose (n = 18), partial responses were reported in 39% of patients, stable disease in 33%, progressive disease in 22%, and unable to determine response in 6%.

The study authors noted that the “tucatinib, trastuzumab, and capecitabine regimen sequential place in therapy varied among patients. No patients with previous trastuzumab deruxtecan or omission of capecitabine experienced a partial or stable disease response.”

DiCola et al concluded that further data were needed regarding sequencing for the regimen and its impact on therapy efficacy.