One of the most exciting developments in anticancer therapeutics over the past decade has been the development of a novel class of drugs designed to interfere with PARP, a critical DNA repair mechanism.1 Preclinical studies and multiple clinical trials have revealed the rather exquisite sensitivity of malignant cells with inherent deficiencies in another DNA repair mechanism, homologous recombination.

The primary clinical setting in which this drug class has shown relevance is in individuals with documented germline or somatic mutations in BRCA1 or BRCA2 genes. This includes a quite meaningful percentage of patients with cancers of the ovary and breast. More recently, PARP inhibitors have demonstrated a favorable impact in men with prostate cancer and a BRCA mutation, as well as in both men and women with pancreas cancer who also possess this genetic abnormality.2,3 It is important to note that PARP-inhibiting agents are also clinically active in settings where other types of inherent DNA repair deficiencies are present.

The magnitude of the clinical benefit associated with the delivery of these oral agents as a potentially longterm maintenance strategy is emphasized in the results of a number of phase 3 randomized studies that examined PARP inhibitor therapy following a response to primary or second-line platinum-based chemotherapy in advanced ovarian cancer.1 In women with documented BRCA mutations, the progression-free survival hazard ratios for active treatment, compared with placebo, have been in the 0.30 or even lower range (a 70% improvement), an impressive clinical outcome for any antineoplastic agent in an advanced or metastatic human malignancy.1

Further, the potential clinical benefits associated with an oral agent are clear, especially considering the effectiveness of these drugs, which may be taken continuously by an individual patient for several or possibly even many years. The benefit to a patient and their family associated with the ability to take “pills” at home, one or several times a day, versus being required to travel to a clinic, physician’s office, infusion center, or hospital every few weeks for intravenous therapy, possibly spending many hours in the process for each individual treatment, are surely obvious.

However, we should consider the adverse effect (AE) profile of oral PARP inhibitors. Although these agents are generally reasonably well tolerated, certainly compared with platinum and other routinely employed cytotoxic antineoplastic drugs, the majority of patients receiving PARP inhibitors in multiple reported clinical trials reported low-grade (1 or 2) nausea and fatigue. These studies routinely report a high proportion of individuals requiring dose modifications during the course of treatment; however, the percentage of individuals discontinuing PARP inhibitors in various studies, regardless of the specific agent employed, is quite modest (in the range of 10%). Further, studies conducted during the various trials have consistently suggested no meaningful decrement in overall quality of life for patients taking active treatment versus placebo.

So is there a problem here? The issue is not what could be accomplished within the confines of a clinical trial, where patients are carefully and routinely monitored and counseled, but rather what actually happens in the real world to individuals who are asked to take “pills” once or several times every day, and who regularly experience such low-grade symptoms as nausea and fatigue. In the maintenance setting, it must be remembered that these individuals are not experiencing any symptoms of cancer (which this class of medication may have caused to disappear) and they may be asked to take the drug for years, possibly experiencing the low-grade AEs during this entire period.

Unfortunately, a review of the literature regarding adherence to the long-term administration of oral antineoplastic agents for which low-grade but persistent AEs are observed is not reassuring.

For example, a recent report examining adherence to oral adjuvant aromatase inhibitors among more than 700 patients with breast cancer found that at 3 years, only 55.5% met the prospectively defined definition of adherence.4 The study, which revealed almost half of this large population was nonadherent, is particularly meaningful because this end point was based on the measurement of urine aromatase metabolites, rather than simply asking patients if they were reliably taking the prescribed medications. These results are surely disturbing and contain a message for patients treated with PARP inhibitors, since it is quite possible survival outcomes among the nonadherent population would be affected negatively.

In fact, in a separate study that examined more than 1100 patients receiving adjuvant tamoxifen and monitored adherence by tamoxifen serum levels, 16% were nonadherent, with evidence that failure to take the prescribed medication had a significant negative impact on survival outcomes.5 Finally, experience with imatinib (Gleevec), the paradigm-changing oral therapy for patients with chronic myeloid leukemia, has similarly revealed that adherence to treatment has a substantial influence on the ability of a patient to remain in clinical remission.6

The oncology community needs to carefully consider the implica-tions of these low-grade AEs observed during the long-term delivery of oral antineoplastic therapy. In fact, in the context of prolonged admin-istration when patients may routinely experience such effects, the use of the term low grade to describe the phenomena is probably highly misleading. This issue with PARP inhibitors needs further investi-gation to both document what happens in the real world and, most importantly, to discover effective strategies to improve adherence to optimize the documented benefits of this class of anticancer drugs.

Precision Medicine in Oncology®Vol. 21/No. 22 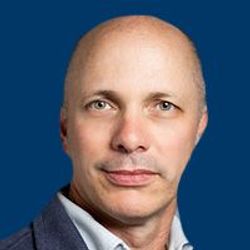 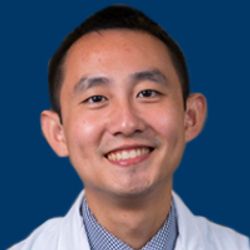