Real-World Abemaciclib Use in MBC Is Heterogeneous

In the first 11 months following the FDA approval of the CDK4/6 inhibitor abemaciclib as a single agent and in combination with endocrine therapy for the treatment of hormone receptor-positive, HER2-negative metastatic breast cancer, it is being used heterogeneously, including in patients with characteristics indicative of worse prognosis. 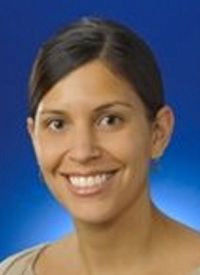 In the first 11 months following the FDA approval of the CDK4/6 inhibitor abemaciclib (Verzenio) as a single agent and in combination with endocrine therapy for the treatment of hormone receptor (HR)-positive, HER2-negative metastatic breast cancer, it is being used heterogeneously, including in patients with characteristics indicative of worse prognosis.

In a retrospective observational study, real-world use of abemaciclib has resulted in a 12-month real-world progression-free survival (rwPFS) rate of 61.7%, and the median rwPFS has not been reached (95% CI, 9.02-NR), reported Gebra Cuyun Carter, PhD, at the 2019 San Antonio Breast Cancer Symposium.

The Flatiron Health electronic health record-derived database was used to identify 118 female patients with HR-positive, HER2-negative metastatic breast cancer who initiated treatment with abemaciclib between June 30, 2016 and August 31, 2018, and at least 4 months prior to the cutoff date of December 31, 2018. The median follow-up time for this analysis was 6.4 months. Almost all (98.3%) patients were treated in a community oncology setting.

“The follow-up time is 6 months, so it’s early utilization with limited follow-up time,” she said. “So we were limited in some of the outcomes we could assess. We did look at real-world tumor response, which is one that we felt was more robust at the time.”

As part of a combination, abemaciclib was most often used with fulvestrant (n = 70), followed by an aromatase inhibitor (AI; n = 27), and the combination of fulvestrant and an AI (n = 6).

About one-fourth (24.6%) of the 118 abemaciclib recipients received prior treatment with a CDK4/6 inhibitor (palbociclib [Ibrance] or ribociclib [Kisqali]).

According to stage at initial diagnosis, abemaciclib was used most often in patients with stage IV (34.7%) and stage III (28.8%) metastatic breast cancer. Stage was not documented in 8.5%.

According to tumor grade at initial diagnosis, abemaciclib was used most often in patients with tumor grade 2 (45.8%) followed by grade 3 (22.9%), and grade 1 (9.3%). Tumor stage was unknown or undocumented in 22.0% of abemaciclib recipients.

Some 86.4% of abemaciclib recipients were progesterone receptor—positive. The time between initial diagnosis and diagnosis of metastasis among the patients who were not metastatic at initial diagnosis was ≥2 years in 79.2% of abemaciclib-treated patients and ≤2 years in 20.8%. The median number of sites of metastases was 2.0. About half (49.2%) had visceral metastases, and sites of metastases were lung in 34.7%, liver in 22.9%, bone in 82.2%, distant lymph nodes in 30.5%, brain in 7.6%, and central nervous system in 3.4%.

About 85% of patients initiated abemaciclib at a starting dosage that is consistent with FDA-approved labeling. Most patients appeared to tolerate treatment: dose reduction was not required in 93.2%, 62.7% did not have a dose held, and 78.8% of patients did not have a change in dosing schedule.

“Some of our follow-up steps are to get a more robust sample size so that we can explore some of these regimen-specific cohorts in the future,” said Carter.