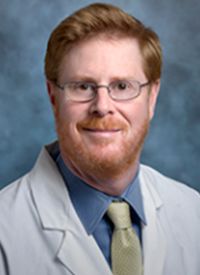 Enzalutamide (Xtandi) showed comparable rates of prostate-specific antigen (PSA) decline and time to PSA progression in men with metastatic castration-resistant prostate cancer (mCRPC) treated in community practices compared with those in the phase III PREVAIL trial, according to data from a real-world analysis of the androgen receptor inhibitor.1

The analysis included data for men treated with enzalutamide between September 2014 and February 2018, prior to the FDA approval of the agent for use in patients with nonmetastatic CRPC. Those who received prior chemotherapy and/or abiraterone acetate (Zytiga) were excluded from the analysis. Among 931 evaluable men, the majority were ≥60 years old (>95%) and diabetic (17.0%).

In the PREVAIL trial, the median time until PSA progression with enzalutamide was 11.2 months, and a PSA decline of ≥50% and ≥90% was reported in 78% and 47% of patients, respectively.2 The median PSA at baseline was lower in the analysis, which may explain the longer time to PSA progression versus what had been observed in the PREVAIL trial. Additionally, the lower proportion of patients who had PSA declines of ≥50% and ≥90% in the analysis may have resulted from less frequent PSA monitoring versus in a clinical trial setting, according to lead study author Stephen J. Freedland, MD.

“What we saw in the clinical trial is, by and large, what we saw in the real-world [setting],” said Freedland. “When you read the paper in the New England Journal of Medicine, [you can rest assured knowing] that's probably what patients in clinical practices are going to experience.”

OncLive: Could you provide background on the real-world analysis with enzalutamide in patients with mCRPC?

How does enzalutamide work in the real world? The [clinical] trials [examining the use of the agent] are highly selective; they tend to accrue healthy patients who adhere to the medicine. These patients also get their blood tests on time. In the real world, do we see similar efficacy in terms of PSA control and time to progression? We extracted data on nearly 1000 men who had been treated with enzalutamide in urology practices. We had access to a very unique medical record system that's used by many urologists across the country. In fact, about 30% of urologists in United States use this medical record.

Prior to its approval in the nonmetastatic CRPC setting, the only setting in which enzalutamide was approved for use during the time of our analysis was the mCRPC setting. We assumed patients who started on enzalutamide had mCRPC, although it’s hard to [know] that [for sure]. Then, we looked at patients’ PSA before [starting enzalutamide], their characteristics, and their outcomes. We examined the [duration of] time patients stayed on treatment before their PSA started to rise, as well as their PSA decline. Compared with the phase III PREVAIL trial, [which evaluated enzalutamide in chemotherapy-naïve patients], we saw relatively similar results, which was pretty encouraging. The median PSA decline was about 58% and about 14% of patients had an undetectable PSA level.

A subset of patients didn't respond [to the treatment] at all; their PSA kept increasing. We know there can be inherent resistance to hormonal therapy. The median time to progression in patients with a rising PSA was 18.5 months. The reduction in PSA levels were a little lower perhaps due to [issues with] drug compliance. Perhaps we didn't check PSA levels as often, so we may not have captured the best PSA decline. The time to PSA rise was a little bit longer. We may not have captured PSA as closely [as in the trials], but by and large, the data are relatively similar to what we saw in the clinical trials. This gives us a lot of hope that patients can take these drugs and experience similar benefits to what we have seen in clinical trials.

What steps can be taken to standardize when PSA testing is done in the real-world setting?

We have to ask how much that matters, and I don’t have an answer to that question. If I'm testing PSA every 3 months and someone else is testing PSA every 4 months, and I find out the patient’s PSA is rising 1 month before, does that make a difference? I don't know. I see this all the time in my patients, where we test PSA and follow up in 6 months with another PSA test. Then, the patient comes back 2 years later. That’s more of a challenge versus whether we test every 3 or 4 months. In clinical trials, there needs to be established time points. In terms of standardization in clinical practice, it’s reasonable to test PSA every 3 or 4 months, or even every 6 weeks. It's more of the patients who fall through the cracks who worry me.

How do these findings compare with other real-world analyses with enzalutamide?

I believe the data are in line with other real-world evidence with enzalutamide. We didn’t see anything too surprising. It's always a little bit nerve wracking when you look at real-world evidence. [However, the real-world analysis was comparable to what we saw in the clinical trials in terms of drug efficacy]. Enzalutamide is a potent drug and it works well. We didn't really assess the adverse events (AEs) [associated with the agent]. That's something I would be very interested in knowing [more about in the real-world setting] in patients who may not be as healthy. It's tough [information] to get from a retrospective chart review.

Are there plans to conduct a real-world safety analysis with enzalutamide?

Not that I’m aware of, which is not to say there are no plans. [AEs are] certainly something we hear about from patients. We have a drug that we know works, which is a good thing for patients, but it does have AEs. We have to document and understand those AEs and understand what we can do to alleviate them. We have already started to do some research in this regard. We’ve looked at low-carbohydrate diets for men starting hormonal therapy and have shown that we can prevent some of the metabolic sequelae of hormones. Can we use similar lifestyle approaches to alleviate some of the AEs [associated with the agent]? The short answer is: We don’t know. There’s still a lot of work left for us to do.

Could you speak to the importance of conducting real-world analyses?

This research is crucial. Patients on clinical trials tend to be healthier and they tend to be white. Over 95% of patients on the clinical trials [included in our analysis] are white. We need to understand how these agents work in other populations. At the 2019 Genitourinary Cancers Symposium, we presented data that abiraterone and enzalutamide may work better in African-American men. Invariably, there can be some drugs that don't work as well in certain populations and some that work better. If we’re only studying a homogeneous group of healthy white men, we’re never going to understand that. [Real-world analyses] are really crucial to understanding how drugs work in diverse populations as well as in a real-world individual who may not always remember to take their pills or who has other comorbidities.

What is the key takeaway from this research?

We have data reassuring us that men who aren't classical clinical trial candidates are going to benefit from enzalutamide. What we see in the New England Journal Medicine papers, is, by and large, what we can expect to see in our patients.