The addition of relatlimab to nivolumab prolonged benefit beyond initial treatment and first progression and reduced the risk of progression or death after the next line of systemic therapy vs nivolumab alone in previously untreated patients with metastatic or unresectable melanoma. 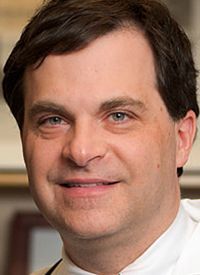 The addition of relatlimab to nivolumab (Opdivo) prolonged benefit beyond initial treatment and first progression and reduced the risk of progression or death after the next line of systemic therapy vs nivolumab alone in previously untreated patients with metastatic or unresectable melanoma, according to additional data from the phase 2/3 RELATIVITY-047 trial (NCT03470922).1

“Patients on relatlimab/nivolumab experienced prolonged benefit beyond initial treatment and first progression. Among those who discontinued study therapy, those treated with relatlimab/nivolumab had a long TFI vs nivolumab alone,” F. Stephen Hodi, MD, lead study author, director of the Melanoma Center, director of the Center for Immuno-Oncology, and Sharon Crowley Martin Chair for Melanoma at Dana-Farber Cancer Institute, said in a presentation on the data. “A greater proportion of patients treated with relatlimab/nivolumab remained without subsequent systemic therapy and [the combination] reduced the risk of progression after the next line of systemic therapy, per investigator assessment, or death vs nivolumab alone.”

It is known that LAG-3 and PD-1 are distinct immune checkpoints, but they are often co-expressed on tumor infiltrating lymphocytes and are known to play a role in tumor-mediated T-cell exhaustion, according to Hodi, who is also a professor of medicine at Harvard Medical school.

Relatlimab is a human LAG-3–blocking antibody that was designed to restore the effector function of T cells that have been exhausted.

RELATIVITY-047 is the first global randomized, double-blind, phase 2/3 registrational study to evaluate the combination of LAG-3 and PD-1 inhibition with relatlimab and nivolumab as a novel fixed-dose combination vs nivolumab alone in patients with previously untreated metastatic or unresectable melanoma.

To be eligible for enrollment, patients needed to have previously untreated metastatic or unresectable melanoma and an ECOG performance status of 0 or 1.

“The PFS benefit was seen at the time of the first scan, which was 12 weeks, and continued thereafter,” Hodi noted. “Relatlimab plus nivolumab demonstrated superior PFS, with more than a doubling of improvement compared with nivolumab alone. We also consistently saw the PFS benefit [of the combination] across key subgroups, including [disease] subtypes such as acral and mucosal melanoma.”

During the 2021 ESMO Congress, Hodi shared data on the exploratory end points TFI and PFS2. TFI was defined as the time from the end of study therapy to subsequent systemic treatment or last known alive date in patients who discontinued study therapy; this excluded those who died before receiving subsequent systemic therapy. Investigators defined PFS2 as the time from randomization to progression following the next line of systemic therapy, per investigator assessment, or death.

More patients on the nivolumab-alone arm received subsequent therapy compared with the relatlimab/nivolumab arm, at 37.3% vs 35.5%, respectively; 29.8% vs 27.9% of patients, respectively, received systemic therapy.

“This analysis included patients who were alive and off therapy or who died following subsequent systemic therapy,” Hodi said. “Of note, more patients on the relatlimab/nivolumab arm who discontinued study treatment did not receive subsequent therapy at the time of this analysis as compared with nivolumab alone.”

Regarding PFS2, the separation between the curves was seen at about 6 months and continued, according to Hodi, indicating the potential benefits of the combination regimen beyond initial treatment.

Relatlimab plus nivolumab was found to have a manageable toxicity profile and did not showcase any unexpected safety signals. Any-grade AEs were reported in 97.2% of those on the investigative arm vs 94.4% of those on the control arm; 40.3% and 33.4% of patients, respectively, reported grade 3 or 4 AEs.

Five treatment-related deaths occurred: 3 in the combination arm (includes hemophagocytic lymphohistiocytosis, acute edema of the lung, and pneumonitis) and 2 in the monotherapy arm (includes sepsis and myocarditis and worsening pneumonia).