Cleveland Clinic research has found that the blood thinner rivaroxaban significantly reduces venous thromboembolism (VTE) — a blood clot in the venous system – and VTE-related death for outpatient, high-risk cancer patients while they are taking the oral anticoagulant.

The study results were published today in the New England Journal of Medicine. Alok Khorana, M.D., a Cleveland Clinic medical oncologist and researcher, is the study’s primary investigator.

The study included 841 patients who were randomized 1:1 to rivaroxaban 10 mg once daily or placebo for 180 days, and were checked for clots during the study.

Results also show patients taking rivaroxaban were less likely to die — 23.1%, compared to 29.5% in the placebo group for the combined endpoint of all-cause death and VTE. Major bleeding, a dangerous side effect of anticoagulants, occurred in less than 2% of patients – on par with what would be expected from prophylactic anticoagulation in cancer patients.

“These results tell us that rivaroxaban effectively prevents blood clots in at-risk cancer patients during the intervention period,” said Dr. Khorana. “Post-treatment, risk of VTE persists, with one-third of VTE or VTE-related death occurring in patients after rivaroxaban was discontinued.” Dr. Khorana reports honoraria from Janssen and Bayer, both of which funded the study.

This is the first time extended outpatient interventions to prevent blood clots in an at-risk cancer patient population have been tested with direct oral anticoagulants. A patient’s risk of blood clots was identified at the time of chemotherapy initiation by the Khorana Score, previously designed by Dr. Khorana and his colleagues. The score predicts blood clots based on a collection of simple variables — type of cancer, body mass index and complete blood count (platelet, leukocyte, hemoglobin). Cancer patients with a Khorana score of 2 or greater are considered at high risk for developing blood clots, and were included in the trial.

Blood clots are the second leading cause of death for cancer patients after cancer itself. One in five cancer patients will get a blood clot at some point during the natural history of their illness.

“Cancer patients can have complications, such as blood clots, from cancer itself, or from cancer treatment,” said Dr. Khorana. “These complications are distressing for patients, may delay treatment, and contribute to emergency department visits and hospitalizations which impact healthcare utilization and costs.”

Often cancer patients are administered blood thinners to prevent blood clots in the hospital setting. However, because cancer treatment is typically an outpatient procedure, most cancer-related blood clots occur out of the hospital. Current options for outpatients at risk for blood clots, studied by previous clinical trials, are low-molecular-weight heparins, which are injections that the patient must administer daily.

The primary endpoint in the double-blind, randomized, placebo-controlled, parallel-group, multicenter study was VTE or VTE-related death.

Study results should inform future recommendations regarding the prevention of blood clots in at-risk ambulatory cancer patients. A second study in the same issue of the New England Journal of Medicine, by Carrier and colleagues, similarly focused on blood clot prevention in patients with a Khorana score of 2 or greater and also showed a substantial reduction in the risk of symptomatic VTE with a direct oral anticoagulant. An accompanying editorial by Professor Giancarlo Agnelli called the data “quite compelling” and emphasized that “when considered together, the two trials showed a significant benefit of direct oral anticoagulants for the prevention of venous thromboembolism” in cancer patients with a Khorana score of 2 or greater. 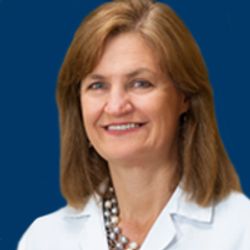 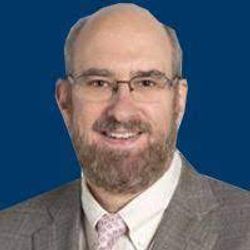